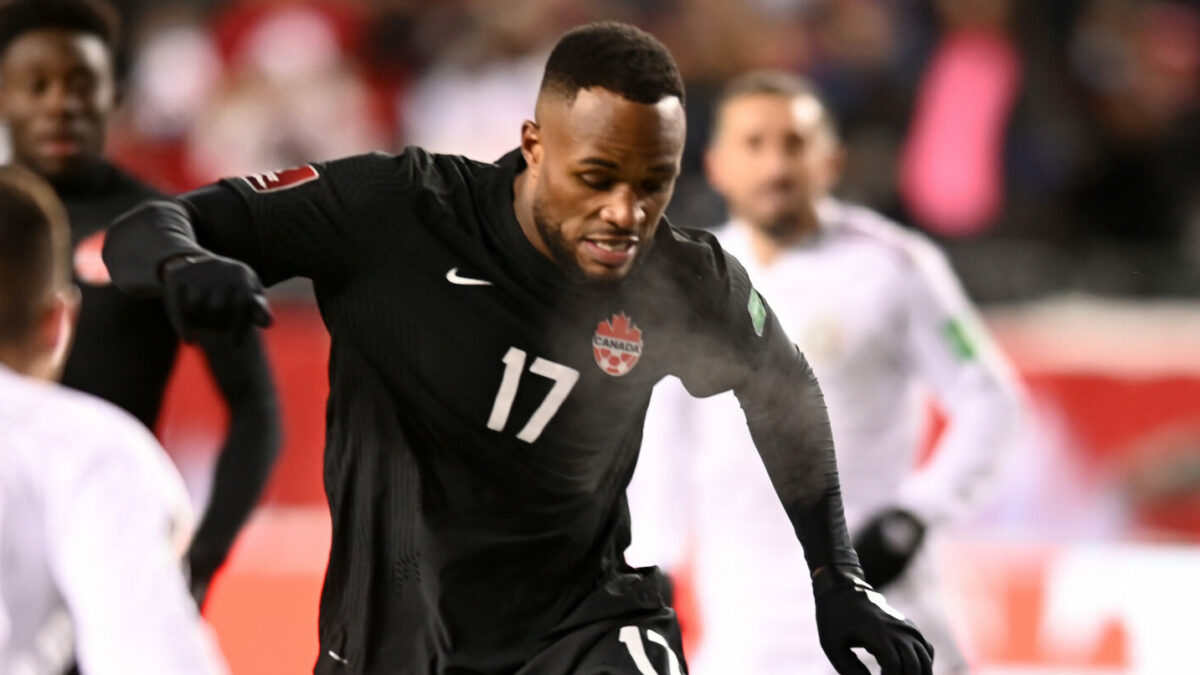 Cyle Larin’s star role in Canada’s triumph over Mexico put the cherry on top of a wild Tuesday night in World Cup Qualifying. The U.S. men’s national team may have settled for a draw with Jamaica Tuesday in Kingston, but the Americans are behind only one point the new leaders Canada.

The frigid battle in snowy Edmonton brought Canada its first win over Mexico in 21 years. Mexico falls to third in the table, just one point behind the USMNT with six matches remaining in World Cup Qualifying.

Panama, the surprise of the qualifying window so far, proved itself with a comeback win over El Salvador. Thomas Christiansen’s side heads into the next international window level on points with Mexico with some distance between fifth-place Costa Rica, the next opponent for The Canaleros.

Take a look back on the latest in Concacaf World Cup Qualifying here.

A first-half brace from Cyle Larin earned Canada its first win over Mexico since the 2000 Gold Cup and lands the Canadians in first place in World Cup Qualifying after eight games.

Larin struck home on a rebound after a long shot from Alistair Johnston forced Guillermo Ochoa into a tough save right before halftime. The Besiktas man pushed John Herdman’s side ahead with a second goal by finishing off a spectacular set-piece ball from Stephen Eustaquio in the 52nd minute.

An emphatic header from Hector Herrera brought Mexico a goal in the 90th minute, but it was a mere consolation in the final scoreline. Tempers flared afterward as Mexican players tried to retrieve the ball from Canada goalkeeper Milan Borjan for a quick restart to play.

Tempers also boiled over at the final whistle, with a shoving match between Canada and Mexico players. The Canadians celebrated passionately before a packed crowd of more than 44,000 fans who cheered the win in 17-degree conditions.

Mexico remains still in third place with 14 points, two behind Canada and one behind the USMNT. However, Tata Martino’s position as manager had been in serious jeopardy before World Cup Qualifying even began with losses to the USMNT in the Nations League and Gold Cup.

Gerson Torres brought Costa Rica three important points over Honduras, finding himself wide open in front of goal after Johan Venegas headed the ball back across the face of goal.

Honduras turned in a strong performance before the late winner dashed its opportunity for its first point in this World Cup Qualifying cycle since Oct. 7. The Catrachos had 17 shots with six on goal and 56% possession.

The loss piles on the misery for Honduras, which has now played only its second match under new coach Hernan Dario Gomez. Honduras is last in the Concacaf World Cup Qualifying table with three points.

Two goals in two minutes brought Panama three points in a flash, as the Canaleros stayed in the hunt for a trip to the 2022 World Cup. Panama avenged a loss to El Salvador earlier in qualifying and moved five points clear of Costa Rica into fourth place with 14 points.

Freddy Gondola scored the winning goal. It’s Panama’s second come-from-behind win in a row and the third win in the past four matches for Los Canaleros.

The loss for El Salvador makes it three qualifying losses in a row for former USMNT player Hugo Perez, who has served as El Salvador’s coach since April. With only six points, El Salvador sits seventh in the qualifying table, ahead of only Honduras.