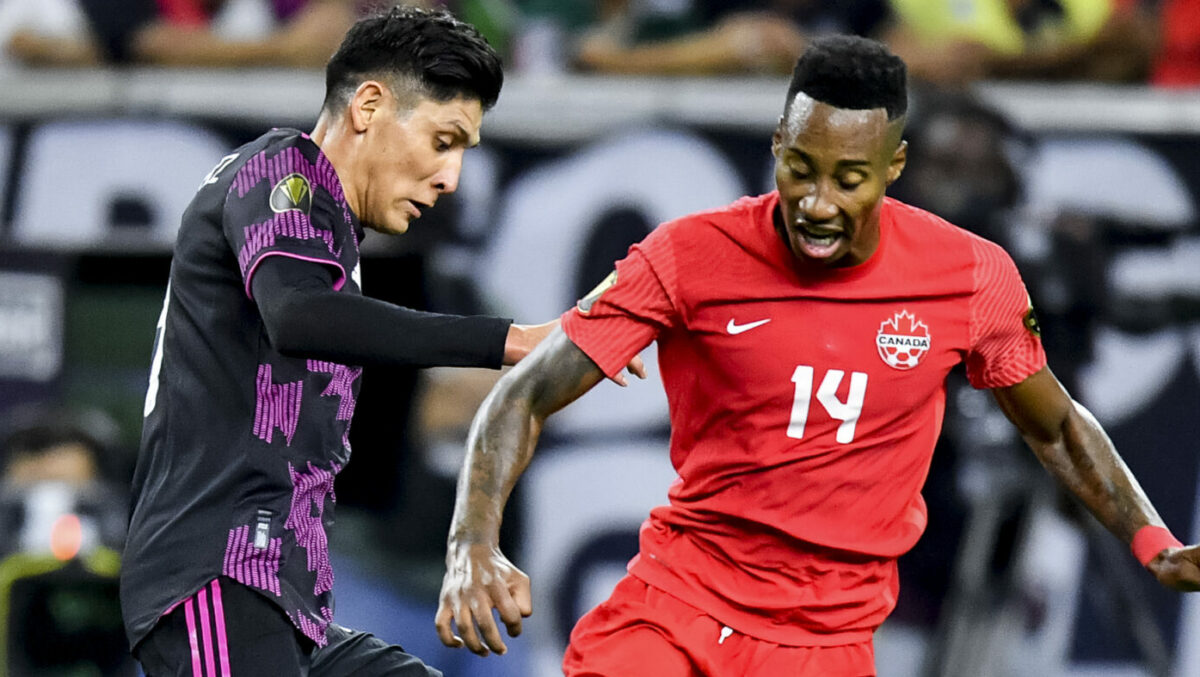 A cold and snowy atmosphere in Edmonton, Canada has welcomed the Mexican national team, which will try to recover from Friday’s loss to the U.S. men’s national team by beating a Canadian side poised to deliver a historic victory in front of what is expected to be a crowd of more than 50,000 fans.

The Canadian men’s national team sits in third place through seven matches played, remaining as the lone team to not suffer a defeat yet. Back-to-back victories over Panama and Costa Rica on home soil will have the Canadians eyeing a chance to leapfrog El Tri in the standings.

Tata Martino’s side lost 2-0 to the U.S. men’s national team on Friday, dropping to second place on goal difference. El Tri failed to get much going offensively in their defeat in Cincinnati and will rely on Hirving Lozano, Hector Herrera and others to spark a response in what will be some frigid conditions in Edmonton.

Panama faces off with El Salvador in the fourth matchup on Tuesday, looking to stay in touching distance of the top three. Thomas Christiansen’s side battled from two goals down to stun Honduras in San Pedro Sula, claiming a second win out of their past three qualifiers. El Salvador fought back to tie Jamaica 1-1 on Friday, using a 90th minute equalizer from Seattle Sounders left back Alex Roldan to earn one point at home. La Selecta have lost their last three matches on the road in Panama, making Tuesday’s test even tougher.

Honduras remains bottom of the table on three points, but a victory on Tuesday in San Jose could push Hernan Gomez’s side even with Costa Rica by night’s end. The Catrachos have lost three straight qualifying matches and four of their last five overall. Costa Rica comes into the match off of the back of consecutive road defeats to the USMNT and Canada, but will be favored on home soil to rebound.

While American fans will be glued to the proceedings in Kingston, Jamaica, here is a closer look at Tuesday’s Concacaf qualifying matchups:

Canada went toe-to-toe with Mexico in its first qualifying showdown back in October and will back its chances to walk away with a first head-to-head victory since 1976 on Tuesday night.

John Herdman’s squad have won two qualifiers in a row and three of the last five overall, giving them needed confidence for Tuesday’s showdown in Edmonton. Jonathan David is in good form for the Canadians, scoring in back-to-back matches and three of his last five appearances. The Lille striker has formed a strong partnership with winger Alphonso Davies and Tajon Buchanan, giving Canada several options to get after Mexico’s backline.

Mexico will feel pressure on the road in Canada, especially after suffering a first defeat of the new qualifying cycle on Friday. El Tri was denied on four occasions by USMNT goalkeeper Zack Steffen in a 2-0 defeat, with star striker Raul Jimenez failing to register a single shot on goal. Changes could be coming in the starting lineup, especially with Canada looking to get after the visitors at any opportunity to pull an upset.

Honduras already didn’t have much going for it in qualifying so far, but Friday’s humiliating 3-2 loss to Panama was a major kick in the teeth. New head coach Hernan Dario Gomez suffered defeat in his debut with the national team, watching as his team conceded three goals in an eight-minute span to lose on home soil. The return of Alberth Elis was a major positive, but defensively things need to improve for The Catrachos to avoid a fifth defeat out of eight qualifiers.

Costa Rica will have Keylor Navas back in goal for Tuesday’s showdown with Honduras, a major boost for the Ticos on home soil. Back-to-back defeats to the USMNT and Canada has Costa Rica sitting in fifth place, but a win paired with other results could see the Ticos move two points back of fourth-place Panama. The hosts have only registered four goals in seven matches, tied for the second-fewest in qualifying, a theme Randall Leal, Joel Campbell, and others will look to change in San Jose.

El Salvador has already defeated Panama once in the octagonal round and will be hoping for similar success on the road in Panama City.

The visitors come in with two defeats in their past three qualifiers, but Friday’s comeback 1-1 draw vs. Jamaica will give them some confidence. Alex Roldan played the hero against the Reggae Boyz, equalizing in the dying stages of the match. Jairo Hernandez, Enrico Hernandez, and Roldan all are tied for the team-lead with one goal apiece, but someone will need to step up for El Salvador to sweep the series with Panama.

Panama’s stellar fightback on the road at Honduras saved Thomas Christiansen’s side from a disappointing defeat and now the goal will be to exact revenge on El Salvador. The Panamanians lost, 1-0, to El Salvador back in October, failing to register a single shot on goal in the 90-minute outing. Rolando Blackburn has two goals in his last five appearances for Panama, while four other players have contributed goals in recent weeks. A victory paired with other results could help Panama finish the window in third place, but first they have to get its job done at home.