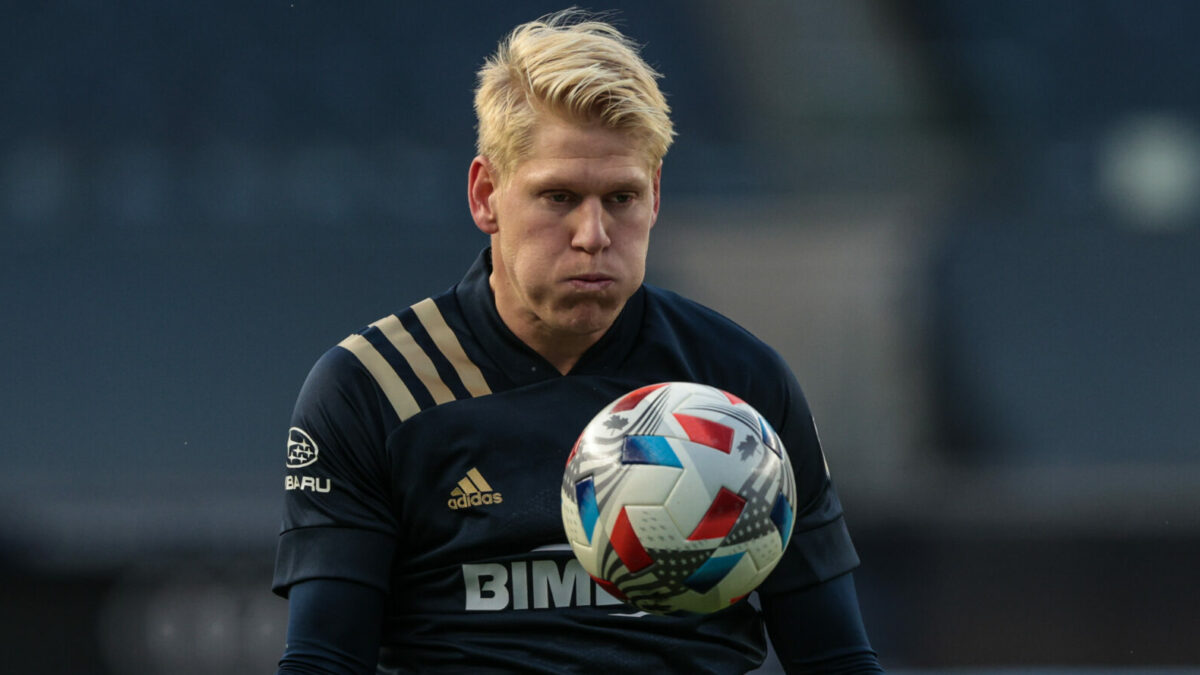 CHESTER, Pennsylvania — The Philadelphia Union were left frustrated for 120 minutes at Subaru Park on Saturday in their playoff opener against the New York Red Bulls. That is until Jakob Glesnes stepped up and played the hero.

Glesnes’ long-range strike in the 123rd minute propelled the Union past the Red Bulls 1-0 and into the second round of the MLS Cup Playoffs. It was the Union’s second-consecutive playoff win over their East Coast rivals and the latest-winning goal in club history.

Up until that point, both teams were left frustrated by leaving plenty of golden scoring chances on the table.

Former Union loanee Carlos Coronel made the first key save of the day, denying Alvas Powell from a half-volley in the eighth minute. The goalkeeper made himself big and took the shot off the chest to keep the sides level.

Sergio Santos created room in the box to pass to Kacper Przybylko in the 82nd minute, but Przybylko skied his effort from a golden opportunity.

Red Bulls substitute Patryk Klimala found himself in a great position in the 94th minute, but the Polish striker sliced his effort wide of Andre Blake’s goal. Not long after, Blake palmed away Klimala’s effort, diving to his left to repel the forward’s breakaway attempt.

Coronel was called into action in the 106th minute, standing tall to repel Santos’ effort down the middle of the goal.

Kyle Duncan found himself in open space on the right side of the Union’s box and hit a low drive that had Blake scrambling. However, the shot missed the corner and deflected out of bounds off the left post.

With time running out, Glesnes claimed possession outside of the Red Bulls box before hitting a high drive into the top-right corner, sending Subaru Park into euphoria. It was his first-ever playoff goal for the club and couldn’t have come at a better time for the Union.

Jim Curtin’s side will now host the winner of Tuesday’s showdown between Nashville SC-Orlando City on Sept. 28.