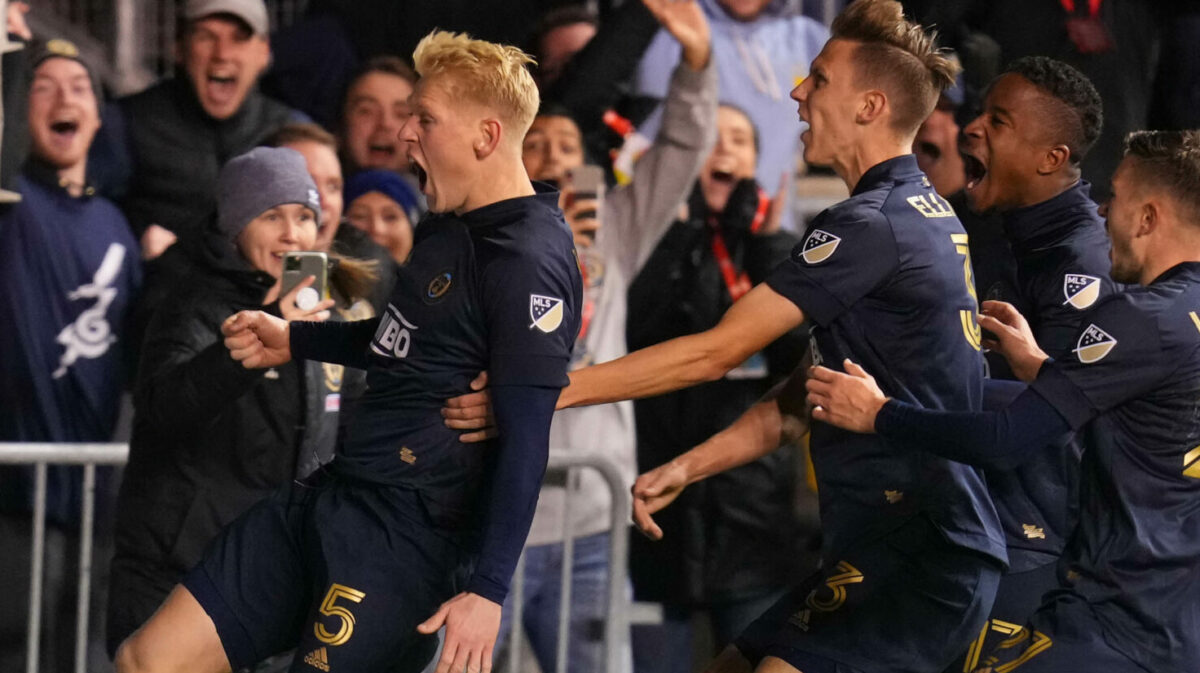 CHESTER, Pennsylvania — The Philadelphia Union knew the departure of centerback Mark McKenzie last winter would be a major loss in their backline, but Jakob Glesnes has continued to shine after jumping into a consistent starting role this season.

Glesnes delivered his best moment yet for the 2020 Supporters’ Shield winners, scoring the winning goal in Saturday’s 1-0 triumph over rivals New York Red Bulls in the first round of the MLS Cup Playoffs. The Norwegian centerback not only sent Subaru Park into pandemonium, rifling a volley into the top-corner in the 123rd minute, but he also helped frustrate the Red Bulls attack in the shutout home win.

“Just very happy to help the team and I didn’t really know what to think when the ball went into the net,” Glesnes said postmatch. “I am very proud of the team because everyone put in a good shift today and although our own play might not have been the best, we still found a way to win and that’s what matters.”

“I can’t say enough about the guy,” Union goalkeeper Andre Blake said about Glesnes. “He’s a great person and a great player and he has come up clutch for us a few times since he’s joined the team. As soon as I saw the ball go into the net, I had to get in the celebration because that was a golazo.”

The Union were left frustrated themselves through 120 minutes, missing several key chances to break the deadlock before Glesnes delivered his last-gasp strike. Kacper Przybylko and Cory Burke both had great chances to beat Carlos Coronel in goal, but missed, keeping Gerhard Struber’s side alive for a road victory.

Glesnes and fellow centerback partner Jack Elliott did well to keep Red Bulls forwards Fabio and Patryk Klimala off the scoresheet, winning their invididual battles and making life very tough for the attacking duo when they both were called on. The 27-year-old Glesnes made eight clearances to go along with his five aerial battles won, while the 26-year-old Elliott won 13 of his 17 duels on the night.

While Glesnes will get the honors for Saturday’s game-winning goal, both players were key for Jim Curtin’s backline, as they have been for majority of the 2021 season.

“I feel they both maybe take away each other’s chances to be in the conversation for the top defender because they are so good at doing a lot of things,” Curtin said. “I’d put them up there with a lot of the other duos in MLS because they’ve done exceptionally well for us this season, and tonight too.

“Jakob is a great guy and a great player and I am very happy for him to get this winner for us, because we know he has that in his arsenal,” Curtin said. “As much as we wanted to win this thing before 90 minutes, sometimes you need that little magic to move on and Jakob provided that for us tonight.”

Glesnes and the Union will now prepare for a second home playoff match this fall, hosting the winner of the Nashville SC-Orlando City showdown on November 28th at Subaru Park. While their opening performance in this season’s postseason wasn’t up to par to some of their regular season showings, the Union will back themselves on home soil, especially with Glesnes’ ability on both sides of the field.

“We knew their forwards can be a handful, but overall I thought we did a good job of scouting them and preparing for them,” Glesnes said. “I thought the entire backline as a whole did a good job of keeping them away from our goal and that is important in these types of games. Now it’s about improving on this match because there is a lot more work to do.”