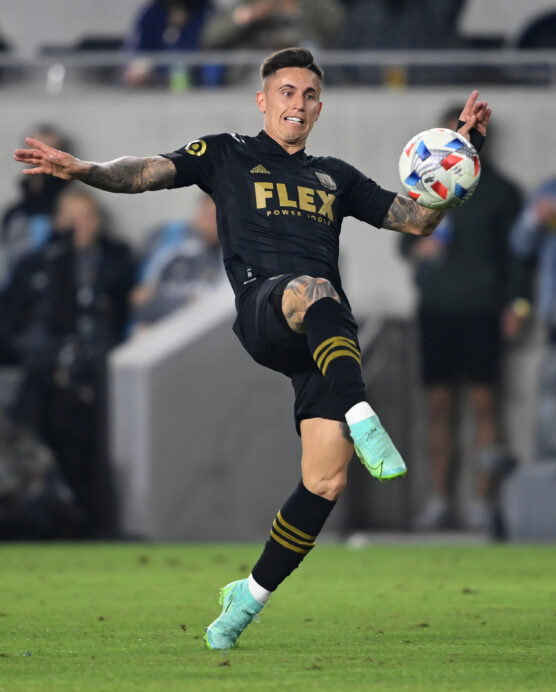 The road to the playoffs for Los Angeles FC was simple, win the last two games and it would be one of the seven playoff teams in the Western Conference. After Tuesday’s 1-1 draw to the Vancouver Whitecaps on Tuesday night, LAFC needs a win over the Colorado Rapids in their final regular season match, along with some help, to have any hope of reaching the postseason.

All is not lost for the Black and Gold as they extended their unbeaten streak to six games, but LAFC was unable to find a second goal despite outshooting the Whitecaps 25 to 5, and the result is that now LAFC faces a very difficult challenge to secure a playoff berth.

“We need a little bit of luck, a result or two to go our way but it can’t stop us,” said head coach Bob Bradley. “This group has continued to push games in ways that I feel very good about that, but were really disappointed tonight because I think they felt the winner was there.”

From the onset both the Whitecaps and LAFC recognized the magnitude of Tuesday night’s match with the Whitecaps striking first in the 14th minute on a well worked counter attack finished by Max Dajome.

On the eve of halftime LAFC was able to answer back via a tap in from defender Mamadou Fall that was originally ruled offside, but it was determined that the ball deflected off Whitecaps Florian Jungwirth deflected to keep Fall onside.

Momentum shifted towards the Black and Gold for the second half, but Maxime Crepeau stood tall in net for the Whitecaps, making countless big saves to earn a point for Vancouver.

LAFC tried every way possible to find the winner, with Carlos Vela pushing a free kick just wide in the 82nd minute and Cristian Arango unable to get his head on a cross in front of an open net deep into stoppage time.

“The mentality is to just believe” said midfielder Raheem Edwards. “We’re not hanging our heads down, it’s looking forward to the game in Colorado. It’s a huge one.”

Any scenario that concludes with LAFC making the playoffs has to begin with a win against the Colorado Rapids, which will be no easy task in Colorado against a Rapids team that has lost just once at home all season. LAFC has also struggled on the road this season, managing just four wins away from home.

IF LAFC can beat the Rapids, then the scenario shifts to scoreboard watching. The Black and Gold would need the Whitecaps to lose to the Seattle Sounders, or would need Real Salt Lake to not win either if its final two remaining matches, against Portland on Wednesday, and at Sporting Kansas City on Sunday.