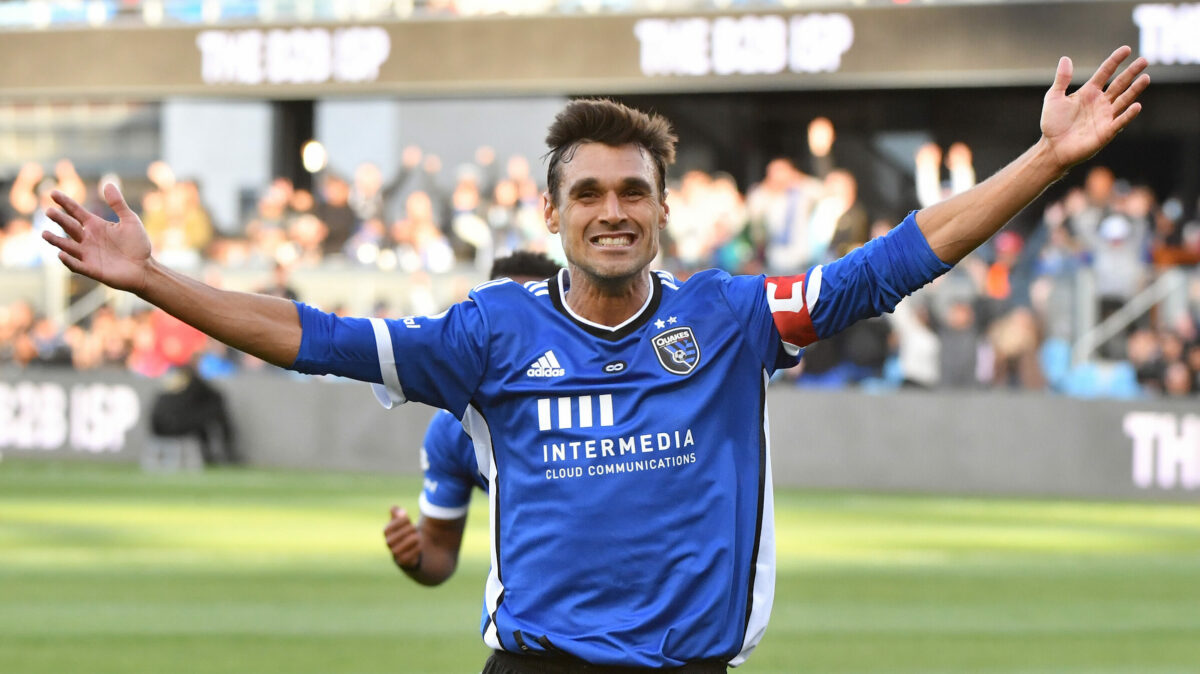 San Jose Earthquakes forward Chris Wondolowski is officially hanging up his cleats, ending one of the best careers in MLS history.

Wondolowski announced on Sunday that he will be ending a 17-year career, bowing out as MLS’ all-time leading goalscorer with 171 regular-season goals. He scored the lone goal for the Earthquakes in Sunday’s 1-1 draw with FC Dallas on Decision Day, and revealed his decision to retire after the match.

“I wanted to do this in front of fans instead of in front of a bunch of cameras,” Wondolowski said to the crowd at PayPal Park following the match. “I wanted to do this in front of you because you guys have been there from day one. This is the last run. I told myself I would cry, and I knew that tears would be coming, but thank you guys. It’s been an amazing ride. I can’t thank you guys enough. It starts with my teammates and literally the league. These guys have been there, in the locker room, practices and the battles. I’ve got to thank my family and everyone here. There are more people than I can count, many Wondolowski’s, mom, dad. I got my wife and two girls and a little one on the way.

Wondolowski began his career in 2005 as a fourth-round Supplemental Draft pick out of Chico State. He took home the MLS Golden Boot award in both the 2010 and 2012 campaigns. A five-time MLS All-Star and three-time Best XI selection, Wondolowski also was named the league’s MVP in 2012.

The 38-year-old also earned 35 caps with the U.S. men’s national team in his career, scoring 11 goals, winning the 2013 Concacaf Gold Cup and appearing in the 2014 World Cup.

Wondolowski finished the 2021 campaign with five goals in 32 games.