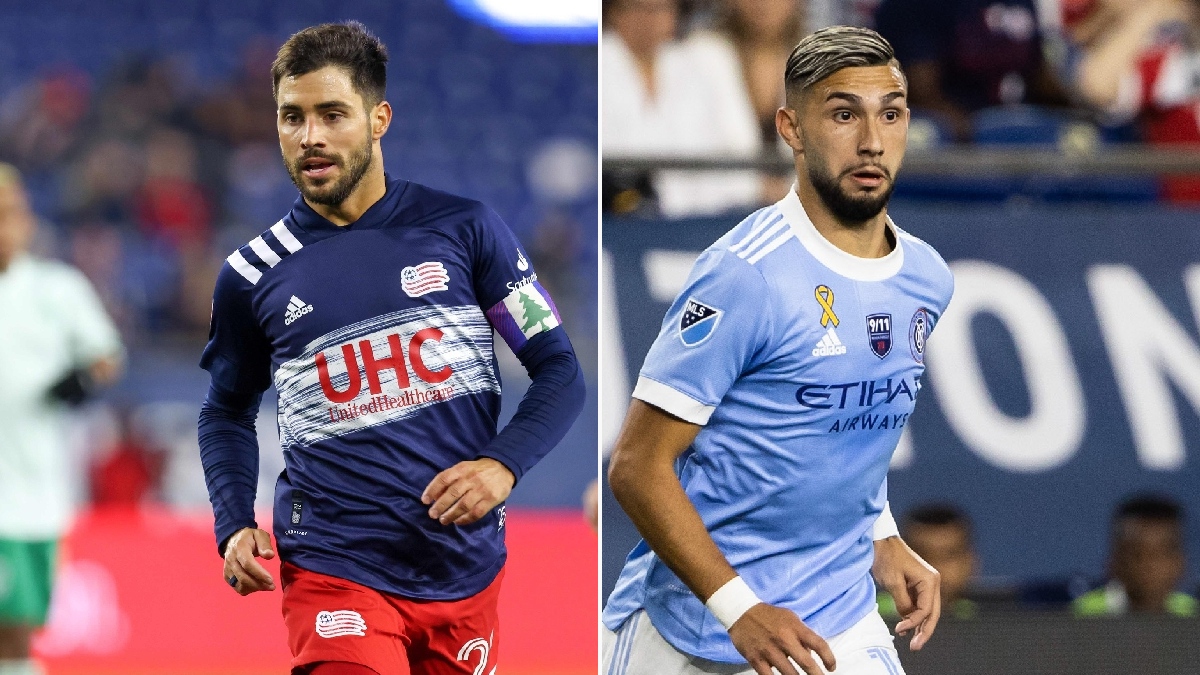 The New England Revolution have had more than enough time to prepare for the playoffs, but Tuesday’s Eastern Conference Semifinal matchup with New York City FC is a tricky one against an in-form rival led by Major League Soccer Golden Boot winner Valentin “Taty” Castellanos (7:30 p.m. ET, FS1).

The Supporters’ Shield-winning Revs will start the playoffs seeking to become the first team since Toronto FC in 2017 — and the eighth team in MLS history — to win the Supporters’ Shield and MLS Cup in the same season. Led by MLS MVP favorite and league assist leader Carles Gil, plus an outstanding group of young players that includes Canadian wingback Tajon Buchanan, the Revolution dominated MLS this season on the way to setting a new regular-season points record.

However, Tuesday’s matchup is the perfect meeting between the league’s top team and one of the league’s best players. NYCFC’s Castellanos comes into this game on an absolute tear, with seven goals in his last five matches.

NYCFC kicked off the playoffs last week with a convincing 2-0 win over an Atlanta United team that seemed to be peaking at the perfect time. Behind Castellanos, Ronny Deila’s side has a veteran attacking midfield threat in Maxi Moralez and two veteran centerbacks in Maxime Chanot and Alexander Callens. The ever-versatile James Sands has slid into a right-back role, filling the void left by injured standout Anton Tinnerhold, and has continued to build on the success he enjoyed with the U.S. men’s national team at the Concacaf Gold Cup.

The Revs come into this match with a mostly clean bill of health, save for a nagging foot injury to Adam Buksa, but Buksa is expected to be available. For NYCFC, the loss of central midfielder Keaton Parks is a significant blow.

As we have seen with Real Salt Lake’s run to the conference final in the Western Conference, higher seeds are anything but safe so far in this season’s playoffs. The Revolution have not played a match since November 7, so shaking off the rust is paramount for the Supporters’ Shield winners.

The Revs have a narrow upper hand in the season series, and the three games between these two teams have included plenty of goals. The Revs are 2-1-0 against NYCFC this season, with the wins coming 2-1 on Sept. 11 and 3-2 on June 19. NYCFC got the better of the Revs once, in a 2-0 triumph on Aug. 28 at Yankee Stadium.

Gil leads the league in assists with 18 and is widely the favorite to win league MVP. The 29-year-old Spanish attacking midfielder will be key to to breaking down NYCFC’s defense, and since the team is missing Keaton Parks in defensive midfield, Gil may have the chance to thrive.

Castellanos is simply the best player in the league at the moment. He scored six goals in his last five regular-season games to earn NYCFC a home playoff game and lock up MLS Golden Boot. He’s the No. 1 threat to the Revs’ hopes for a run to MLS Cup.

There are much bigger names on this Revolution roster than Matt Polster, but Polster has turned in an excellent season in central midfield for the Revs this season. He will be an important piece to cover for the Revs’ back line against the quick and creative Moralez. Moralez assisted a Castellanos goal in NYCFC’s last playoff win. It will be key for one of the Revs’ unsung heroes to shut down a player of Moralez’ magnitude.

The speed and athleticism of Buchanan has really made a difference in attack this season for the Revolution. The 22-year-old Canadian put the team on his back to score against the eventual Western Conference top-seed Colorado Rapids late in a regular-season 1-0 win a little over a month ago, and the Revs will need that type of confidence in the playoffs against an opponent that can score with the best in the league.

The 24-year-old Paraguayan winger had a breakout season this year, playing almost every game for NYCFC and scoring nine goals with three assists. Medina’s presence on the left wing brings another threat on top of the Moralez-Castellanos duo. Revolution right back Brandon Bye recently signed a contract extension and will have a lot to prove in stopping Medina. The Revolution like to advance their fullbacks often, so Medina may be NYCFC’s weapon to hit the Revs on the counter-attack.

The most encouraging sign for NYCFC heading into this game is the Revs’ defensive record in the 2021 season. Although the Revs’ attack is nearly impossible to match, with strikers such as Gustavo Bou with 15 goals and Buksa with 16 goals, the backline hasn’t quite been up to that level. The Revolution allowed 41 goals this season, which is second-most among Eastern Conference playoff teams.

Pair that with a red-hot goalscorer in Castellanos and you have a terrifying matchup for the Supporters’ Shield winners.

Both teams will be used to cold conditions at Gillette Stadium, but the Revolution have maintained excellent form at home this season with only two losses. NYCFC, on the other hand, has lost eight matches away from home, with only four wins and five draws.

Tuesday’s Eastern Conference final matchup will certainly be the league’s mostly highly-anticipated clash yet. As we have seen in plenty of other playoff games, underdogs have thrived thus far in the MLS Cup Playoffs and NYCFC has every opportunity to knock off the league’s top dog.