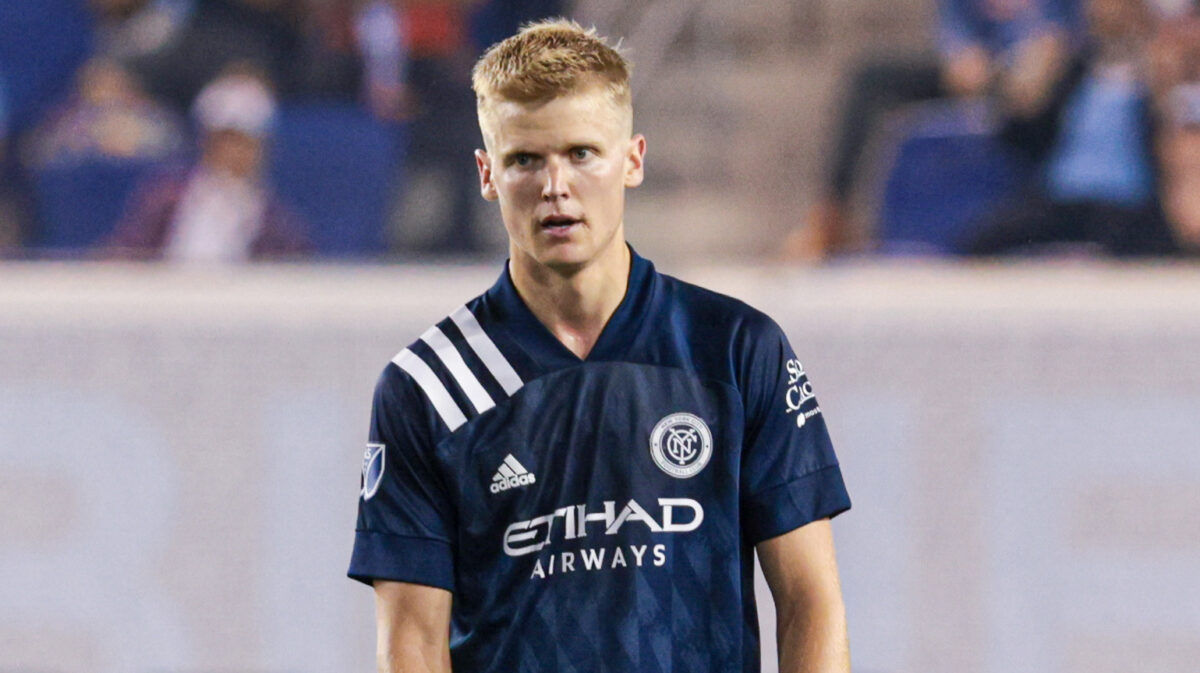 When Keaton Parks was dismissed against the Red Bulls on September 22 — the second of his two red cards this season — the short term results were calamitous.

NYCFC ceded control for the remainder of the match in Harrison, which their rivals would go on to tie, and lost just three days later in the reverse fixture with Parks suspended. A month earlier, with Parks serving another red-card suspension, New York City relinquished a two-goal lead at Toronto to finish with a draw.

While these Parks-less games may have looked like blips in real time, they now represent NYCFC’s postseason reality.

After being a surprise scratch on Decision Day, the midfield standout had season-ending surgery last week to remove a blood clot from his lower left leg ahead of NYCFC’s clash this weekend with Atlanta United.

Any playoff success for NYCFC will come without their midfield engine, and will only come if Ronny Deila can succeed in replacing Parks.

In just his age-23 season, Parks was one of the club’s most consistent performers. He led the team in tackles won while chipping in four goals and playing the fourth-most minutes on the team. With Parks sidelined, NYCFC has lost a genuine all-action midfielder who is a plus on both sides of the ball.

To compound the loss of Parks, Nicolas Acevedo’s status is uncertain due to a lower body injury, and Gedion Zelalem marked a rare start vs. the Union by getting sent off. A muscle injury suffered by Alex Callens on international duty also means James Sands may be needed in defense if the Peruvian can’t get healthy in time.

A Sands-Alfredo Morales partnership was used in midfield during the first of Parks’ red-card suspensions vs. Toronto, and would provide Ronny Deila with a sturdy if somewhat conservative base in the center. Things could look drastically different, however, if Callens is ruled out.

If Deila chooses to keep Sands in central defense to fill the Callens void if there is one, Deila would be forced into a tough decision in midfield. Does he hand Tony Rocha his first start of the season? Could he trust Jesus Medina — who has rarely played as a box-to-box midfielder– to be disciplined enough for a deeper role? Might he consider Maxi Moralez, who could be suited to a deep-lying playmaker role if there’s enough protection in front of him? Deila has also recently used Sands as a right back to compensate for the loss of Anton Tinnerholm, and if he wishes to stick with that, he could be forced into trusting rookie Vuk Latinovich ( 1 start) alongside Maxime Chanot. He could also abandon the Sands right-back experiment and go with Tayvon Gray (three starts) there.

Deila actually made the rare choice to use a 4-4-2 diamond in the first meeting vs. Atlanta United this season, with Parks at the base. The loss of the Texas native could prompt Deila to pack the midfield again, which would likely see Morales in the defensive midfield role, Moralez as the attacking midfielder, and some combination of attack-minded players as shuttlers (maybe Medina and Andres Jasson, who played that role last time?).

The last meeting between the two clubs, a 1-1 draw salvaged for NYCFC by a late Guðmundur Þórarinsson free kick, was an extremely even affair even with Parks in the lineup. There’s no like-for-like replacement at the club, but whoever assumes his spot in the XI will have to bring midfield bite and on-ball bravery for New York City to stand a chance.

Even if Callens is healthy, Parks’ injury still complicates matters for NYCFC. If Deila wants to keep using Sands on the right, an unexpected solution will still be needed in midfield.

Deila has made good use of his depth this season, but the loss of Parks — whose “intensity” he recently praised — undoubtedly makes his looming postseason test tougher. It’s a tough pill for NYCFC to swallow ahead of their first playoff game at Yankee Stadium since 2018.

Deila has had his team endure glimpses of life without Parks this season. Sunday will show just how much he learned from them.