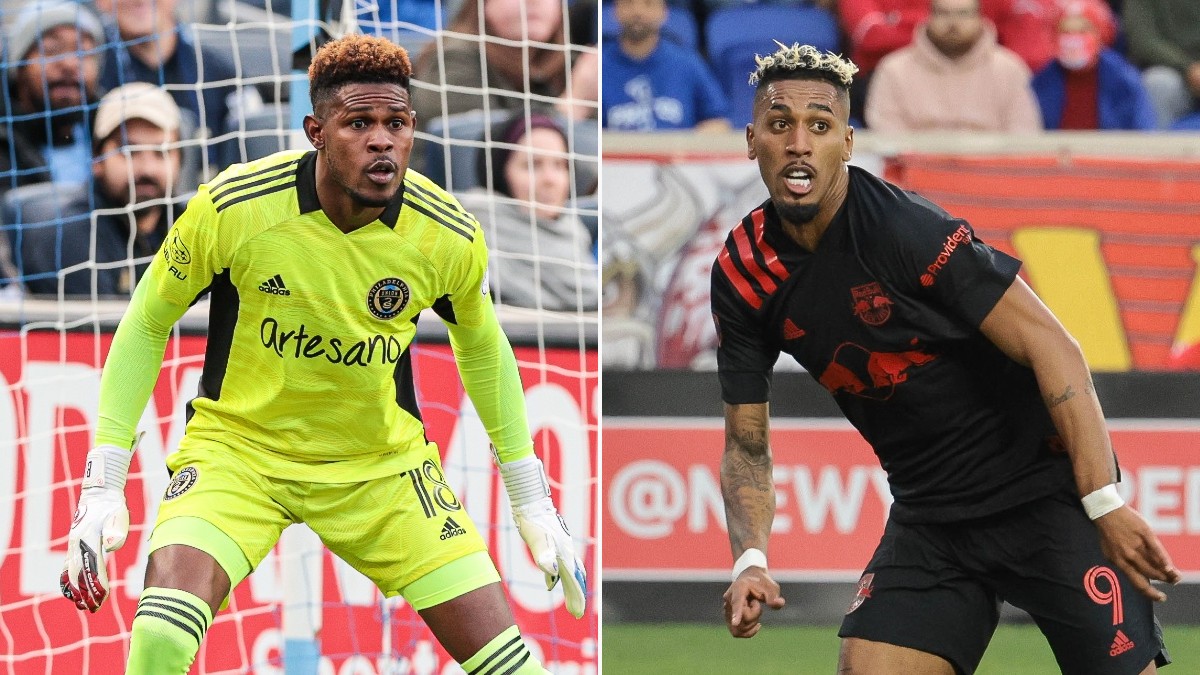 The New York Red Bulls rode a strong run of late-season form to play their way into the MLS playoffs, and their reward is a road trip on Saturday to face one of the best home teams in the league. (2:30 p.m. Univision/TUDN/MSG+).

The Philadelphia Union didn’t have as successful a 2021 regular season as the prior year, when they won the MLS Supporters’ Shield, but Jim Curtin’s squad did well to cope with the departures of Brenden Aaronson and Mark McKenzie last summer to still field a quality team that secured the second seed in the Eastern Conference with a 6-1-4 record to close out the campaign.

The Red Bulls didn’t look like a playoff team back in the summer, when it trailed the top seven by a considerable margin, but a 7-1-4 run to finish the regular season catapulted Gerhard Struber’s men into the postseason, where they are very much a threat capable of pulling off an upset or two.

The Red Bulls will travel to Subaru Park for the playoffs for a second time in three season and will be facing a Union side that won 11 home matches in 2021, tied for the second-most home wins in the league, a record that includes a five-match home winning streak heading into Saturday’s visit from their rivals from the north.

Here is a closer look at the match-up:

The Union beat the Red Bulls, 1-0, in their only home meeting this regular season. They also played out a pair of 1-1 draws in Harrison, New Jersey in July and September respectively.

Few players in MLS have been in as good a run of form over the past month as Gazdag, who closed out the regular season scoring three goals in the Union’s last five matches before joining Hungary for World Cup qualifying and scoring goals in a pair of qualifying wins.

The Venezuelan midfielder made the shift from central midfielder to wide player for the Red Bulls in 2021, and the result has been the emergence of another attacking weapon for Gerhard Struber. Casseres still contributes greatly to the team’s defensive work, pressing effectively from the front line, but he has also developed his goal production, contributing two goals and three assists in the Red Bulls’ past eight matches.

The Union striker is one of the most underrated forwards in MLS, and he is key to the attack. Przybylko’s hold-up play and excellent finishing will make for a tough assignment for Nealis, who has stepped up to help fill the void left by the season-injury to Aaron Long. The Red Bulls’ switch to three centerbacks has helped give Nealis some added support, and that setup could leave Przybylko playing the role of provider more on Saturday.

It was a disappointing season for Santos in 2021, but he showed some signs late in the campaign of being able to emerge as a factor in the playoffs. The Brazilian scored two goals in the Union’s final four matches, including a goal against the Red Bulls, so he should play a part on Saturday.

A lengthy stint on the bench had Clark looking like he might not factor into the Red Bulls’ playoff push, but a pair of starts to close the season reminded us of the quality the youngster possesses. This could mark Clark’s final match with the Red Bulls before heading to Bundesliga side RB Leipzig, but he has the game-changing ability to put off his farewell for another match or two.

Both teams roll into the playoffs in good form, but the Union have the edge as the home team, having looked unstoppable at Subaru Park in recent months. The Red Bulls were one of the league’s worst road teams at one point in the campaign, but a 4-1-1 road record down the stretch was one of the key reasons they reached the postseason.

The Red Bulls have been succeeding with organized defending and excellent goalkeeping from Carlos Coronel, but keeping the in-form Union off the scoreboard is going to be difficult given Gazdag’s current form and Przybylko’s penchant for stepping up in big moments.

The Union are no stranger to the Red Bulls’ pressing game, and have the midfielders to stand up to the heat. Jim Curtin’s squad does its own fair bit of pressing as well, and the trio of Jose Martinez, Leon Flach and Alejandro Bedoya has the quality to stifle the Red Bulls midfield.

The Red Bulls attack boasts a good trio in Fabio, Patryk Klymala and Casseres Jr., but the key to an upset will be if Caden Clark can deliver his early-season form. The Union’s defense has posted four straight shutouts at home and will be tough to break down, but Clark has the ability to float into dangerous spots and create chances.

Look for Gazdag to pull the strings on a victory, with Sergio Santos providing an impact off the bench to help the Union move on. The Red Bulls have the defense to slow down the Philly attack, but they are unlikely to generate enough to chances to pull off the upset.