MLS Western Conference field is set: RSL and Whitecaps qualify, Galaxy and LAFC are out 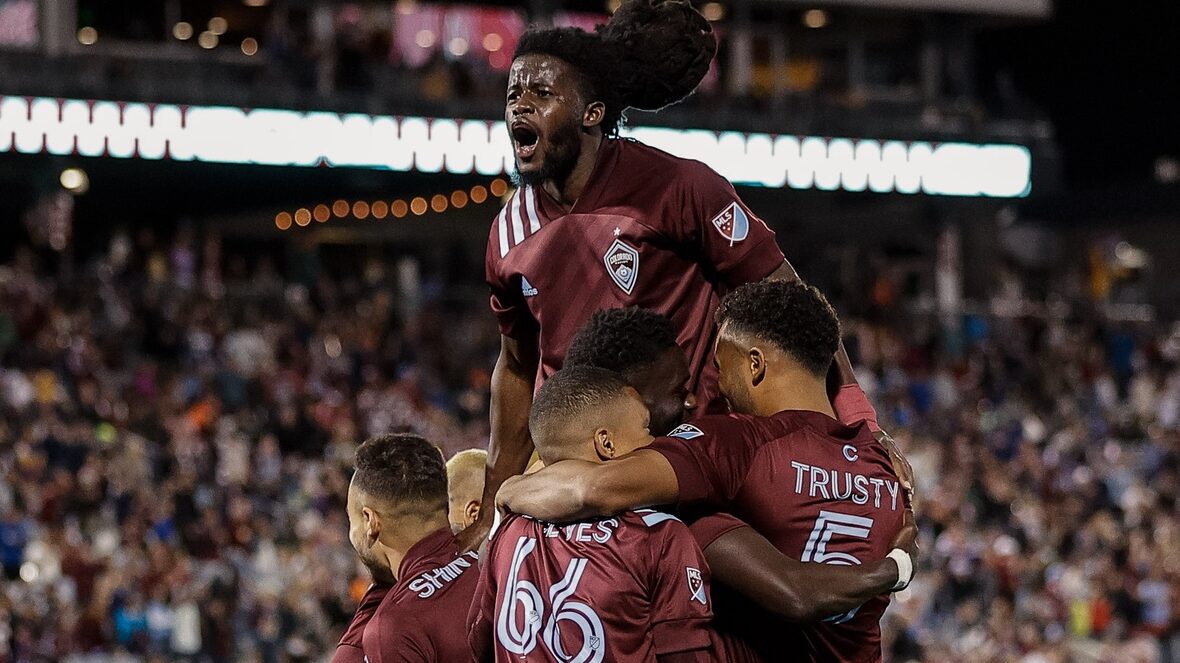 Real Salt Lake was literally seconds away from seeing their 2021 season come to an end, but a Damir Kreilach winner in the final minute of second-half stoppage time helped RSL secure the final place in the MLS Western Conference playoffs.

RSL’s 1-0 victory over Sporting Kansas City not only secured a postseason berth for the Claret and Cobalt, it also meant the elimination of the LA Galaxy from playoff contention. The Galaxy’s 3-3 draw against Minnesota United wasn’t enough to save them, though that result did help the Loons secure a playoff berth and fifth seed in the West.

The Loons will visit fourth-seed Portland knowing they defeated the Timbers on both occasions during the regular season.

The Vancouver Whitecaps joined RSL as the final teams to earn playoff berths following their 1-1 draw with the Seattle Sounders. Their reward is a first-round trip to face Sporting KC.

The Colorado Rapids came into Sunday’s Decision Day in third place in the MLS Western Conference, but finished the day in first place with the top seed in the West playoffs after a blowout win combined with some other results going their way.

Robin Fraser’s side not only grabbed the No. 1 seed in the West, but will also take part in the 2022 CONCACAF Champions League for their accomplishment this regular season. They will face either the Portland Timbers or Minnesota United in the West semifinals after earning a first-round bye.

Real Salt Lake will face the Seattle Sounders on either November 20th or 21st after Seattle’s draw with the Whitecaps. The Sounders defeated RSL, 2-1, back on June 23 before suffering a 1-0 loss in Rio Tinto Stadium in mid-September.

The Vancouver Whitecaps clinched their first playoff berth in four years, earning a 1-1 draw against the Seattle Sounders to do so. Standing in the Whitecaps way will be Sporting Kansas City, which has lost three-straight heading into the playoffs.

The L.A. Galaxy and LAFC did not make the playoff after disappointing ends to their respective seasons. Greg Vanney’s men earned a 3-3 home draw with the Loons on Sunday, but finished the regular season winless in their final four matches to doom them to an early vacation.

LAFC’s first defeat since September 29 came at the worst time, effectively ending their quest to sneak in the final playoff spot.