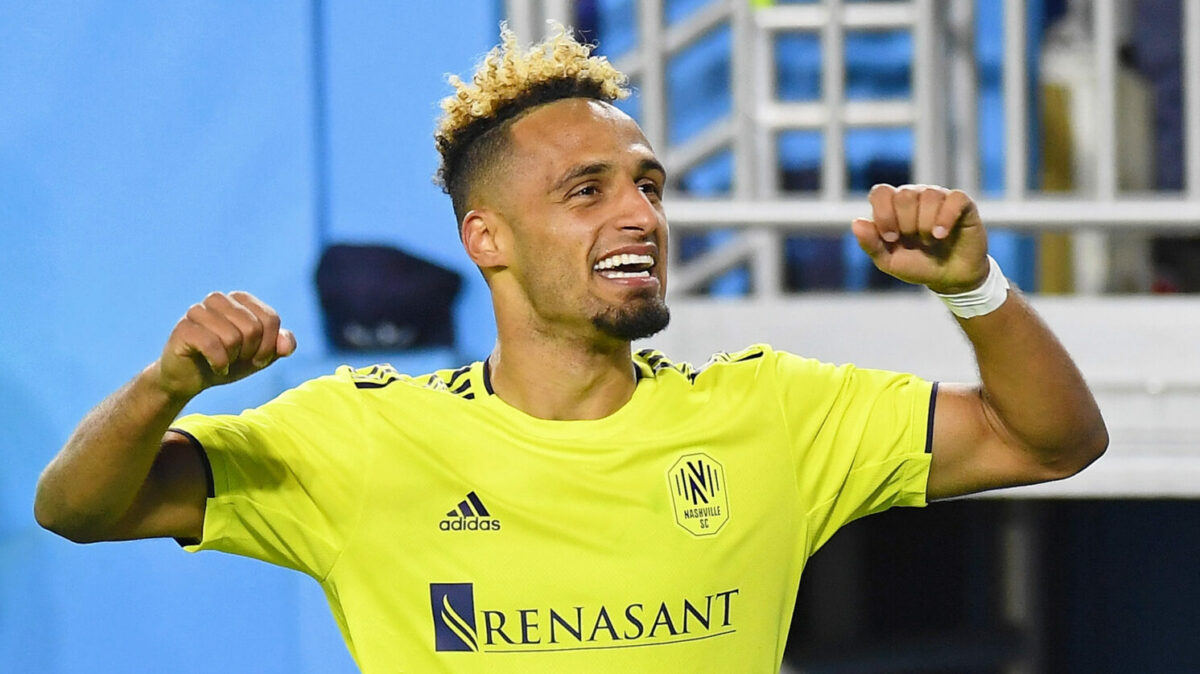 Hany Mukhtar’s sensational season for Nashville SC made him a finalist for the league’s Most Valuable Player award and the German carried that form over to his club’s opening match in the 2021 MLS Cup Playoffs.

Mukhtar scored a pair of goals while Jhonder Cadiz added an insurance tally as Gary Smith’s side ousted Orlando City, 3-1, at Nissan Stadium. It was a comeback victory for the No. 3 seed, which erased an early goal from Lions forward Daryl Dike to claim a third playoff win in club history.

The Nashville SC victory sets up an Eastern Conference semifinal showdown with the Philadelphia Union on Sunday at Subaru Park in Chester, Pennsylvania.

Dike struck first for Oscar Pareja’s side, heading home a corner from Mauricio Pereyra for a 1-0 Orlando City lead. It was Dike’s fifth-consecutive match with a goal and his sixth tally out of his past eight appearances.

It didn’t take long for Nashville SC to respond, using a long-range finish from Mukhtar to tie things up in the 21st minute. Mukhtar received a pass from Anibal Godoy before racing upfield and unleashing a long-range shot. His shot deflected off of a sliding Antonio Carlos before looping over Pedro Gallese’s head and into an empty net.

Gallese kept the score level heading into halftime, denying Randall Leal’s effort in the 23rd minute and also repelling Mukhtar’s 40th-minute from outside of the box.

The Lions upped their pressure after halftime, but were unable to break down the Nashville SC backline, led by U.S. men’s national team centerback Walker Zimmerman. Zimmerman and Eric Miller each made key blocks in the second half to keep the Lions forwards at bay before Mukhtar swung momentum into Nashville’s favor.

The forward danced past several Lions players on an offensive attack before drilling a low shot into the bottom-right corner. It was Mukhtar’s fourth goal in his past three appearances and his fifth multi-goal outing of the 2021 season.

Orlando City’s Tesho Akindele had a golden opportunity to tie things up in the 85th minute, but saw his half-volley in the box miss wide of the post.

Cadiz came on as a late substitution and iced the win for Nashville SC, connecting with Daniel Lovitz in the box and sliding a shot into the bottom-right corner.

Nashville SC claimed a ninth home win of the season, setting up a showdown with the Union on November 28. It will be the club’s second-ever trip to Subaru Park, after losing 1-0 in mid-October to Jim Curtin’s squad.