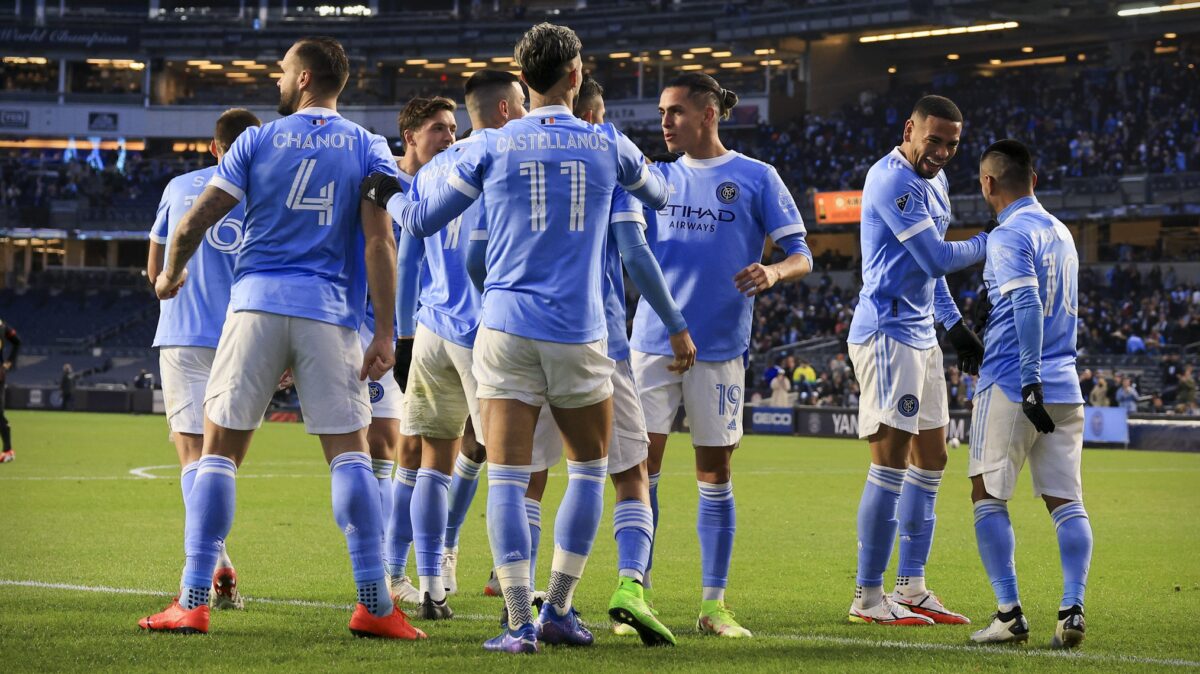 NEW YORK — It took some time for New York City FC to remind its guests who the hosts were Sunday afternoon.

After a comfortable opening 30 minutes for Atlanta United, NYCFC began to take control toward the end of the first half and rode that momentum to a 2-0 win in the first round of Major League Soccer’s Eastern Conference playoffs.

Taty Castellanos and Maxi Moralez rattled off goals early in the second half to set the tone for an NYCFC victory that sets up an Eastern Conference semifinal showdown with MLS Supporters’ Shield winner New England Revolution.

NYCFC will face the Revs at Gillette Stadium on Nov. 30.

The early portion of the game went almost exactly to any visitors’ blueprint. Neither team took a shot through 20 minutes, and Atlanta United dominated possession.

The pendulum swung when Taty Castellanos nearly latched on to a cross in the 30th minute after an Atlanta giveaway. Minutes later, a looping Jesus Medina pass caused problems for the United defense, before Alfredo Morales peppered the hands of Brad Guzan soon after.

Just three minutes after the restart, the hosts picked up where they left off. Castellanos opened the scoring with a right-footed volley off a corner, which chopped off the ground and high over a helpless Brad Guzan.

Four minutes after that, NYCFC one again broke through via a corner. Maxi Moralez, shooting from outside the box, forced Guzan into a save off the crossbar, which kindly dropped down to Alex Callens to head home from close.

Josef Martinez nearly made for an uncomfortable last half-hour with a shot from just inside the box in the 61st minute, but Sean Johnson made his first big save of the game to keep the hosts’ two-goal lead intact.

As Atlanta tried to chase the ball off of NYCFC minutes later , “Ole!” chants rung around the stadium. It was a harbinger of the struggles Atlanta would face the rest of the game.

The hosts ended the match well in control, with nine of their 12 shots coming in the second half and Atlanta struggling to create much of note.

New York City have now advanced in the postseason for just the second time in club history. They get #1 seed New England on the road on November 30, with a chance to do one better.