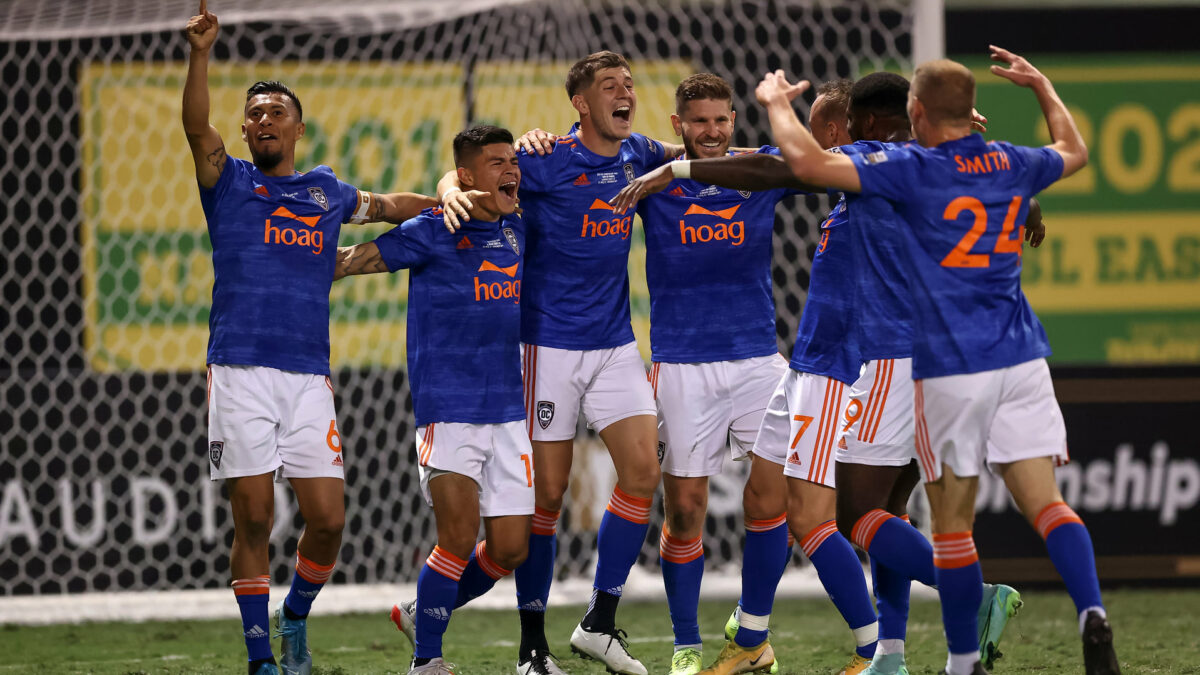 Ronaldo Damus scored twice while Mikko Kuningas added a third goal before halftime as Orange County rolled to a 3-1 win over the Tampa Bay Rowdies at Al Lang Stadium.

The Rowdies had an early opportunity to break the deadlock on home soil, but failed to take advantage of a penalty kick situation. Sebastian Guenzatti’s spot kick was saved by Orange County goalkeeper Patrick Rakovsky, keeping the teams goal-less through the opening 20 minutes.

Damus made the Rowdies pay in the 24th minute, racing upfield and sending a left-footed shot down the middle of Tampa Bay’s goal.

The Haitian international doubled his tally in the 37th minute, getting on the end of Eric Cavillo’s cross and sliding a right-footed shot into the bottom-left corner. It was Damus’ 18th goal of the season across both the regular season and playoffs.

Mikko Kunuingas saved the best for last for Orange County just before halftime, curling a left-footed free kick into the bottom-left corner.

The hosts pulled a goal back in the 56th minute through Leo Fernandes’ left-footed strike, but it was the closest they would come to a comeback. Rakovsky was called into action only once more in the second-half, helping the Western Conference Champions close out a first championship.

It was a strong finish for the California-based club, which came into the playoffs as the West’s No. 2 seed. Orange County SC, led by 36-year-old English head coach Richard Chaplow, built a squad featuring several established MLS alums, including Michael Orozco Fiscal, Kevin Alston, Dillon Powers and Eric Calvillo.

The finish was a disappointing one for the Rowdies, who came into the final having posted the best regular-season record in the league. That successful season helped the Rowdies earn the right to host the final, and outshot Orange County 24-7 on the night, but couldn’t put enough of those chances on frame. The Rowdies also had to play the final without USL Goalkeeper of the Year Evan Louro after Louro suffered an injury during the team’s post-game celebrations following their semifinal victory.

“There will be a few regrets from a couple of players I’m sure, but they’ve done this club so proud,” Rowdies coach Neil Collins told the Tampa Bay Times. “It’ll either break you or make you stronger, and (our guys) … it’ll make them stronger.”