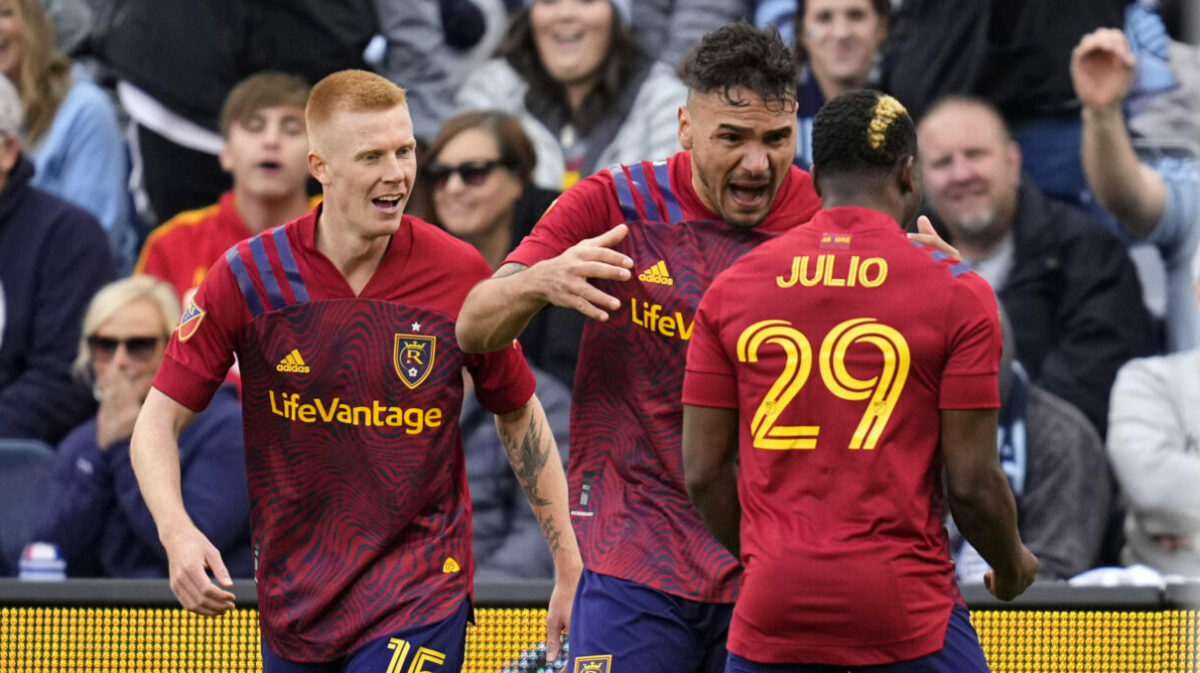 Anderson Julio and Bobby Wood both came off the bench to score goals for RSL as Pablo Mastroeni’s side defeated Sporting Kansas City 2-1 at Children’s Mercy Park. The visitors will next visit the Portland Timbers on December 4 for a spot in the 2021 MLS Cup Final.

Both teams started strong in the final third, but it was Peter Vermes’ side who broke the deadlock in the 23rd minute. Johnny Russell’s penalty kick finish after Gadi Kinda drew the foul in the box, propelled SKC into an early lead at home.

That was the lone exciting moment of the day for the hosts as RSL upped the tempo and efforts after halftime.

Julio was substituted on in the 56th minute and called his own number to tie things up in the 71st. Andrew Brody’s cross from the left wing was headed home by the forward, swinging momentum back into RSL’s favor and putting SKC under added pressure.

With both teams trying to end the match before added time, it was RSL who struck gold and pulled off a second-consecutive road win in these playoffs. Justin Meram’s low cross from the left wing was flicked home by Wood in the 91st minute, sending RSL players, coaches, and fans into euphoria.

It was Wood’s third goal of the season for the club.

RSL would defend the rest of the way, eliminating SKC and setting up a fourth head-to-head meeting with the Timbers in 2021. Portland defeated RSL in its previous three matches this regular season, outscoring RSL 12-3 over that span.