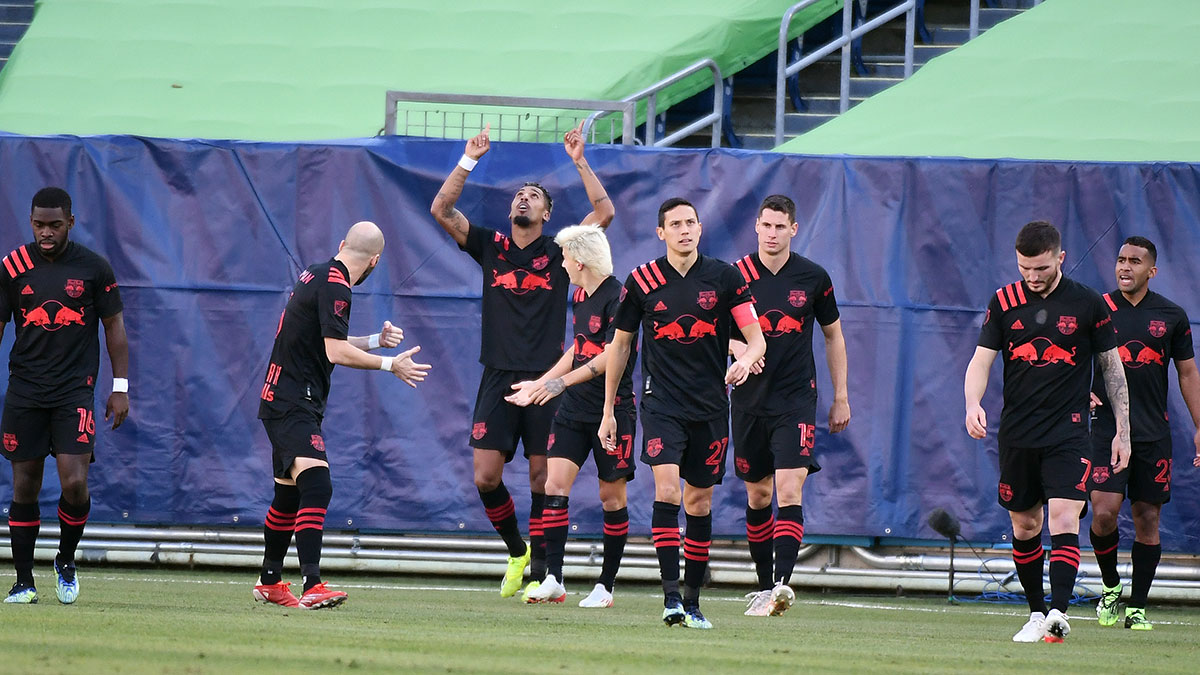 It may have had to wait until Decision Day but the New York Red Bulls kept its postseason streak alive for yet another year.

The Red Bulls capped off a tenacious final third of the MLS regular season with a 1-1 draw with Nashville SC on Sunday, earning the team a playoff berth for the 12th consecutive year.

A goal courtesy of Fabio less than a minute into the game helped the visitor’s chance of earning the result they needed before Hany Mukhtar heightened tensions with a free-kick equalizer just prior to halftime. Nashville’s numerous chances late in the second half and DC United’s win in Toronto threatened New York’s postseason hopes, but Gerhard Struber’s side held on to clinch the 7th seed in the Eastern Conference.

“I think we just invested everything we possibly had into this final stretch,” Red Bulls captain Sean Davis said postgame. “We took all the lessons that we had from half, two-thirds of the season and we just went for it, and we got result after result. We did not look back, we reset every time and you know, credit to the staff for their belief for staying on top of us, for creating the necessary dialogue for us to understand what we needed to do, what we were good at, our strengths and weaknesses and then instilling that belief into the rest of the group.”

The Red Bulls were 11th in the Eastern Conference in mid-September before starting a 12-game run and contributing to the crowded race in the middle of the table. Head Coach Gerhard Struber identified the team’s 4-0 win over Inter Miami as a much-needed turning point after winning just twice in the three-month summer stretch prior.

This was an ugly learning curve for New York but Struber says this time helped his team work on synchronized pressing and connecting a heavily rotated roster.

“You have some hits in the heads, especially in the summertime,” Struber said. “After that, I think we are more stable, we realize more of what’s going on deep in our identity. I think you can make a call in two o’clock in the morning and every single player understands what we want.”

Though they continued to score at a similar rate, the Red Bulls began earning results as they improved defensively. Conceding just five goals in 12 games helped the Red Bulls climb the Eastern Conference with wins over the likes of New York City FC, CF Montreal, and Columbus Crew.

“I think the bad times were very helpful for our deep process,” the 44 year-old said. “This was not an explosion, the team didn’t go in different directions. In our situation teams stay together very close in difficult times. I think this makes the team spirit, that togetherness extremely close and I think X factor in our team is on a very high level.”

With a playoff spot secured, the game-by-game, result-driven mentality that got the Red Bulls out of a midseason rut could prove beneficial in its upcoming push for MLS Cup.