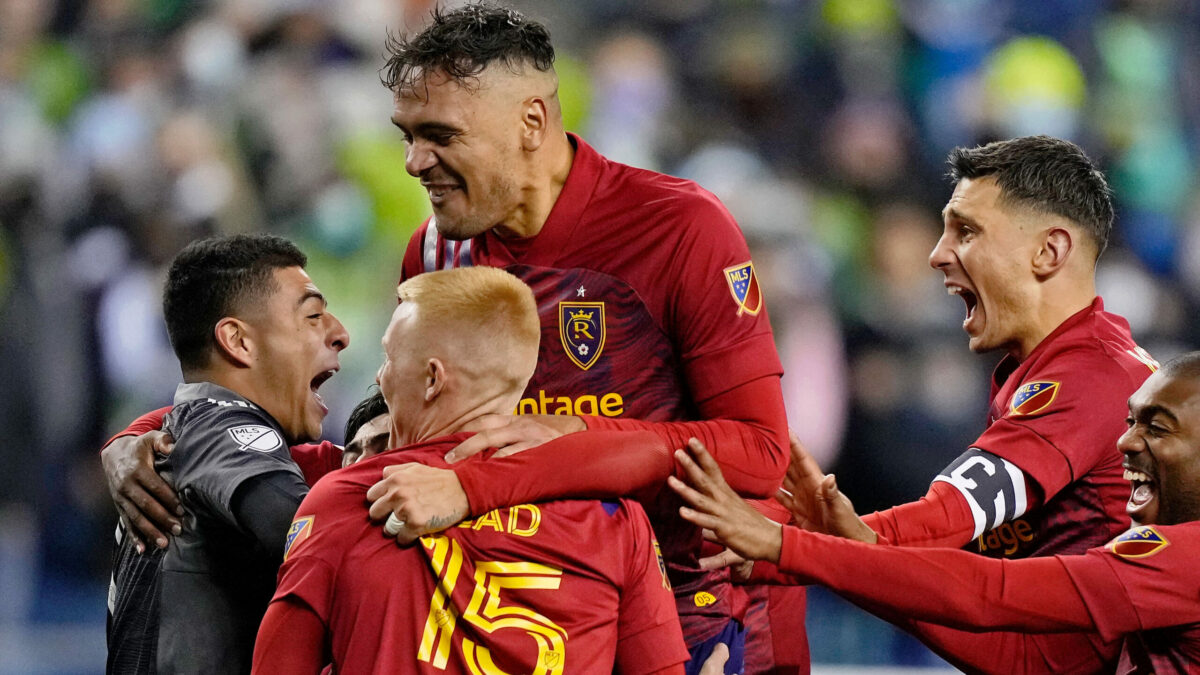 Real Salt Lake went 120 minutes without producing a single shot against the Seattle Sounders on Tuesday night, but that wound up not mattering on a night when the Sounders missed every shot they took.

The only thing that wound up mattering for RSL was the resolve of its penalty takers, and the reflexes of David Ochoa, who made a key penalty save in the sixth round of kicks to set up Justen Glad for the winning penalty. The RSL defender converted his chance, sending the underdogs to the Western Conference semifinals and condemning the Sounders to their first-ever loss in the first round of the playoffs.

RSL’s win sets up a West semifinal date with Sporting Kansas City on Sunday in a rematch of the regular-season finale won by RSL in order to qualify for the playoffs.

The Sounders looked like they would take control of the shootout in the second round Stefan Frei smothered Pablo Ruiz’s initial attempt, but a VAR review determined Frei came off his line to make the save, which led to Ruiz retaking and converting his penalty.

RSL made every penalty after that, with Ochoa stepping up in the sixth round to deny Kelyn Rowe’s penalty attempt with a perfect diving save.

RSL started the day with the news that star playmaker Albert Rusnak would miss the match after testing positive for COVID-19. The Sounders began the match with stars Raul Ruidiaz and Nicolas Lodeiro on the bench, along with standout Alex Roldan.

Despite those absences from the starting lineup, the Sounders still dominated the play during regulation, outshooting RSL 21-0, though only three of those shots were on goal.

Real Salt Lake’s defense made things difficult for the home team though, as Pablo Mastroeni set his team up in a defensive setup that kept the Sounders from finding many clear looks at goal.

Ruidiaz and Lodeiro came on in the second half, but even their inclusions couldn’t help unlock RSL’s stingy defense.

Now RSL moves on to a West semifinal visit to Sporting Kansas City while the Sounders are left to regroup and ponder what went wrong in a season that began with them looking like the best team in the league in the first half of the campaign.