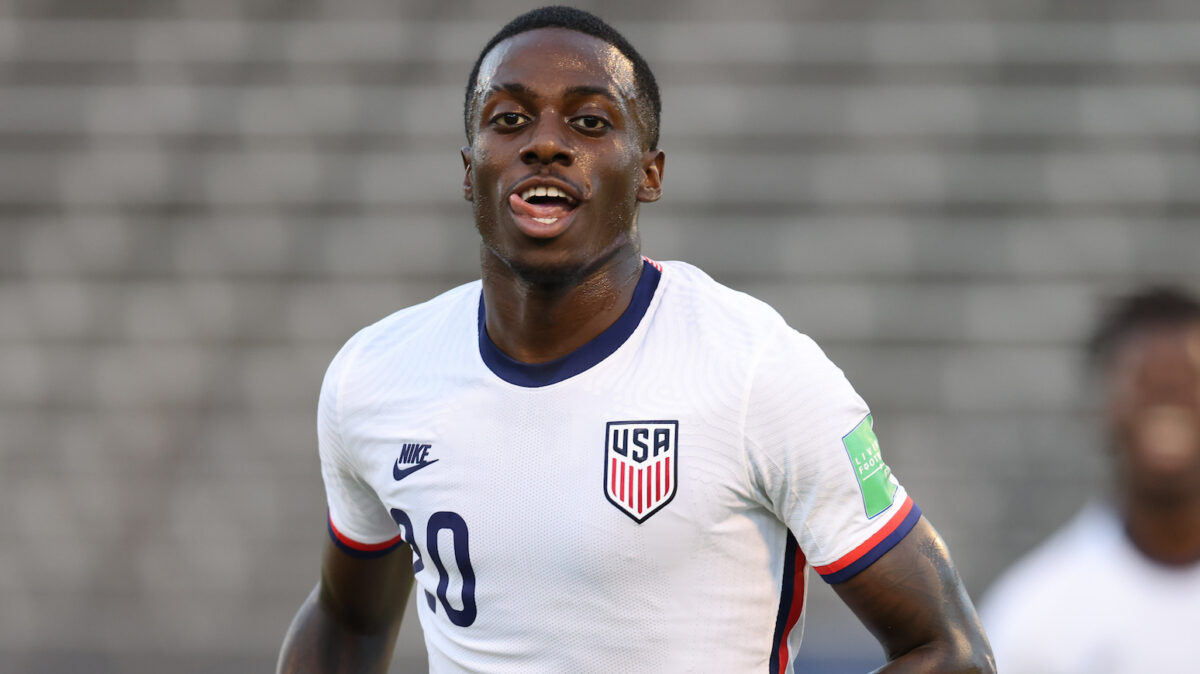 Four days after shocking Mexico with a dominant performance in Cincinnati, the U.S. men’s national team left much to be desired in a follow-up 1-1 World Cup Qualifying draw on Tuesday night in Jamaica.

However, it was Timothy Weah who provided the match’s best moment for the Americans and earns SBI’s Man of the Match honors for the second USMNT game in a row. The 21-year-old Lille forward scored for the USMNT in the 11th minute with a deft touch past Jamaica goalkeeper Andre Blake as Weah fell to the ground.

Tuesday night’s game was Weah’s third straight start at right winger with the USMNT, continuing his growing role within the squad. The matchup with Jamaica also brought a personal touch for Weah, whose mother is Jamaican.

USMNT head coach Gregg Berhalter replaced Weah with Pulisic in the 66th minute. It was Pulisic’s second USMNT appearance as a substitute since recovering from an ankle injury that kept him out about two months. Pulisic provided a bit of an attacking spark, but it wasn’t enough to overcome Jamaica in the late moments of the game.

Yunus Musah and Walker Zimmerman earn honorable mentions for this result. Musah had two key passes and completed 81% of his passing attempts while maintaining the team’s passing rhythm in the absence of suspended starter Weston McKennie. Musah continues to provide quality for the USMNT midfield despite not being a starter at this point in the season with his club Valencia.

Zimmerman retained his spot in the USMNT backline and did well to keep Antonio quiet outside of the West Ham forward’s sensational strike in the first half. The veteran centerback won seven of his ten duels in the match, the most of any player between the two teams.

What did you think of Weah’s early contribution? Do you feel Weah is solidifying his place as a starting winger? Did any other USMNT players impress in this qualifier?