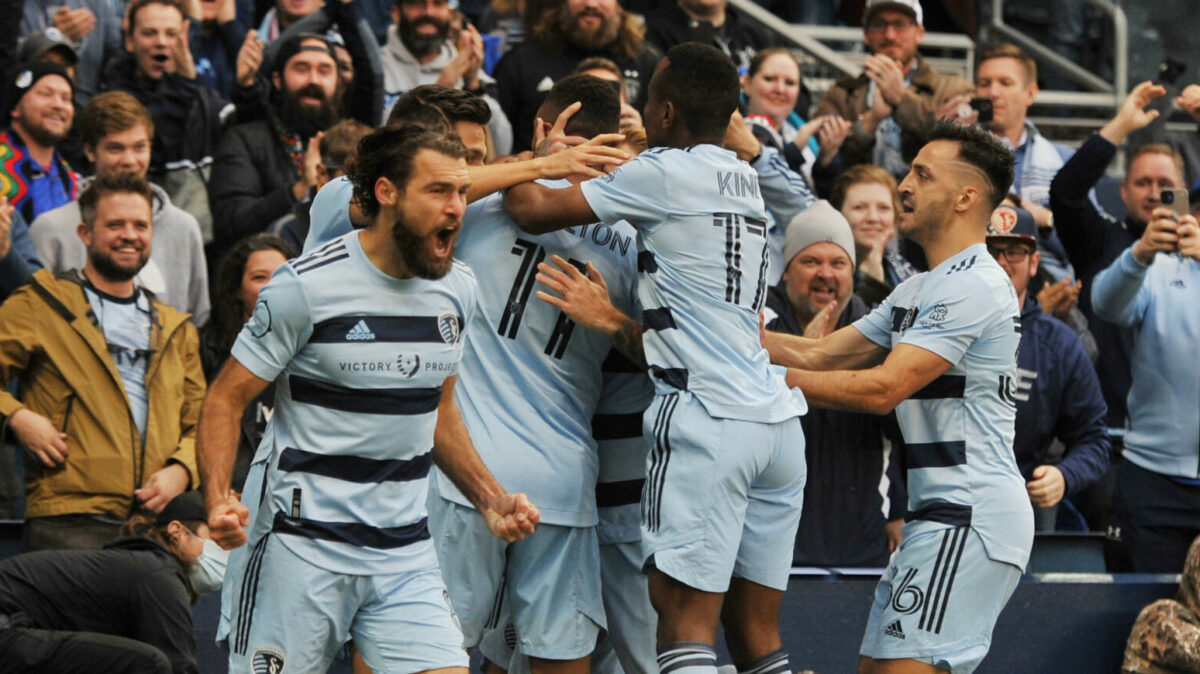 Sporting Kansas City entered the playoffs on a run of awful form. Three straight losses placed Sporting KC with a difficult test against the Vancouver Whitecaps, whose inspiring interim coach and late run for a playoff berth brought plenty of momentum for an upset.

Sporting KC put those troubles aside in a commanding 3-1 win over the Whitecaps Saturday night at Children’s Mercy Park in Kansas City, Kansas. A goal in first-half stoppage time goal from Nicolas Isimat-Mirin brought Sporting KC the advantage, then an impressive long-range strike in the second half from Graham Zusi sealed the win.

Zusi scored in the 58th minute with a scorcher from about 25 yards away. His shot brought Whitecaps goalkeeper Maxime Crepeau to full stretch as the ball landed in the upper left corner of the goal.

Isimat-Mirin, a centerback, found himself in the right place off a set piece as the ball trickled into the six-yard box. A slight touch of the ball with Isimat-Mirin’s thigh sent it in the net. His goal in the third minute of first-half stoppage time gave Sporting KC the advantage heading into halftime.

Despite holding only 37% of possession, Sporting KC took control of the attacking momentum with 12 shots and five shots on goal while holding the Whitecaps to only six shots with four on goal.

Sporting KC made its early pressure count with Shelton’s goal in the 17th minute. Shelton met a low cross from Graham Zusi. His shot was off-balance but caught enough of the ball to send it into the lower left corner.

Tim Melia stopped the Whitecaps’ best chance at a comeback by saving a Brian White header attempt in the 69th minute. Melia sprawled toward his lower right corner to keep the header out.

The Whitecaps equalized in the 39th minute on a converted penalty kick by Cristian Dajome. Sporting KC left back Luis Martins conceded the penalty with a clear handball on an outswining free kick. The ball hit Martins’ outstretched arm as the onrushing Brian White attempted to reach the ball.

Sporting KC’s poor late-regular-season form came amid a rash of injuries. However, captain Johnny Russell returned to full fitness to start the playoffs. Star striker Alan Pulido returned to the team, but spent Saturday’s match as an unused substitute.

The Whitecaps will head into the offseason having to make a decision on whether to keep Vanni Sartini, the interim coach who has inspired a winning run that delivered the team into the playoffs. The team finished sixth in the Western Conference with 49 points.