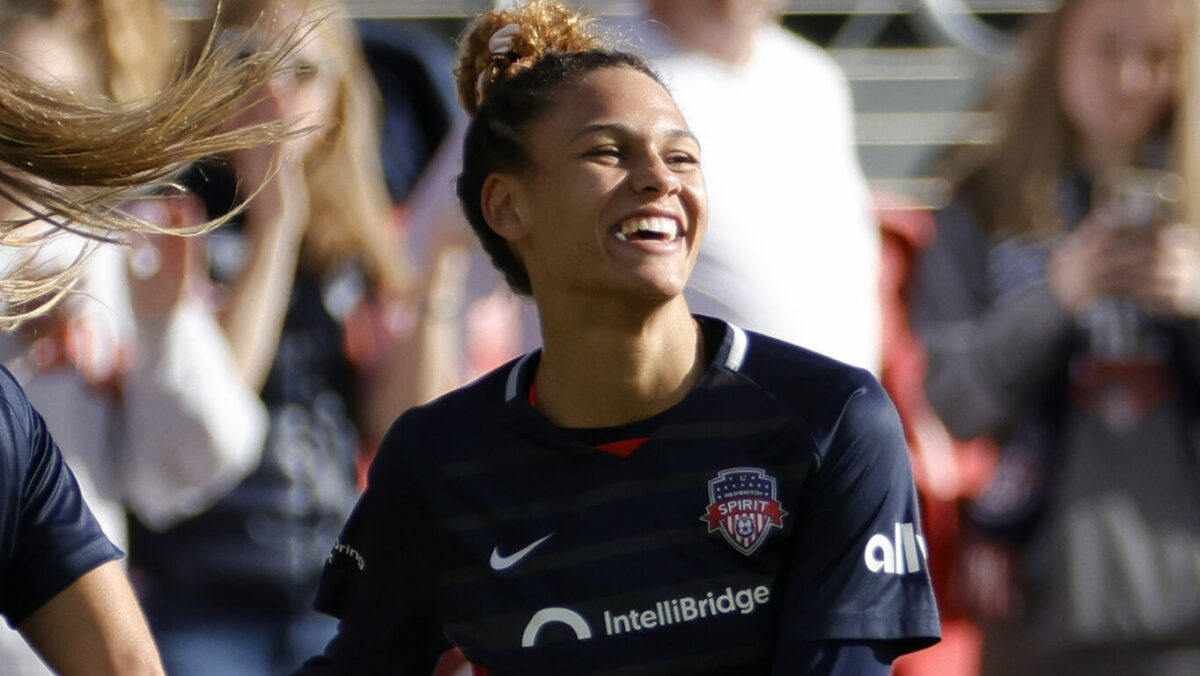 This time last year, Trinity Rodman was set to join the Washington State Cougars as a college athlete. As of Saturday, she is an NWSL champion with Rookie of the Year honors as a member of the Washington Spirit.

It turns out that her potential NCAA competitors were likely spared some serious embarrassment. Rodman’s foray into professional life proved that her skill level far surpasses anything the collegiate level could have offered.

A slim talent pool forced the NWSL to open up qualifications to enter the 2021 draft while still giving players the option to see out their college commitments. Rodman obviously did not choose to do so and reaped the rewards of her gamble in year one.

Rodman dominated the Rookie of the Year race and was arguably just a tier below the Most Valuable Player conversation. In all, she finished the regular season with six goals and assist which was much more productive than many of the league’s more established stars.

In the postseason, she added another goal and assist for the biggest contributions of her career to date. The goal was the lone score to needed to advance to the semifinals, the assist provided the championship game-winner to cap off a season where she rewrote the league’s record book in the “youngest-ever” categories.

To say the least, it was a difficult year to join the NWSL and more specifically, the Spirit, but the youngster managed to thrive despite a host of possible distractions and detractors.

“The journey has been long, not what I expected from my first season,” Rodman said on Saturday. “But the team I was with, they’ve been amazing. I’ve looked up to every single person, even the rookies. I’ve gotten closer with every single person on my team and I honestly wouldn’t be in the mindset that I’m in right now if they weren’t behind me.”

“You see, her defensive work. Honestly, I’m trying to set things up so that she has to defend not less, but in a higher area on the field so that she has more ability to get into the attacking third and doesn’t have to run as far to reach it,” said Ward. “She will go endline to endline if that’s what’s called for,”

Rodman’s animated on-field play has already made her a popular reaction GIF in the Twitter universe, but it stands as one thing she looks to work on in the coming years.

“I think that is the biggest thing with my immaturity, (something) you can tell very easily on the field is my emotions, said Rodman. “I think once you can get out of your head and just keep focusing on the next pass, the next shot, the next ball, that’s gonna get you to the end.”

Rodman opted out of the U.S. women’s national team camp in New Zealand later in November, but there is little doubt that her debut international debut is not far away.