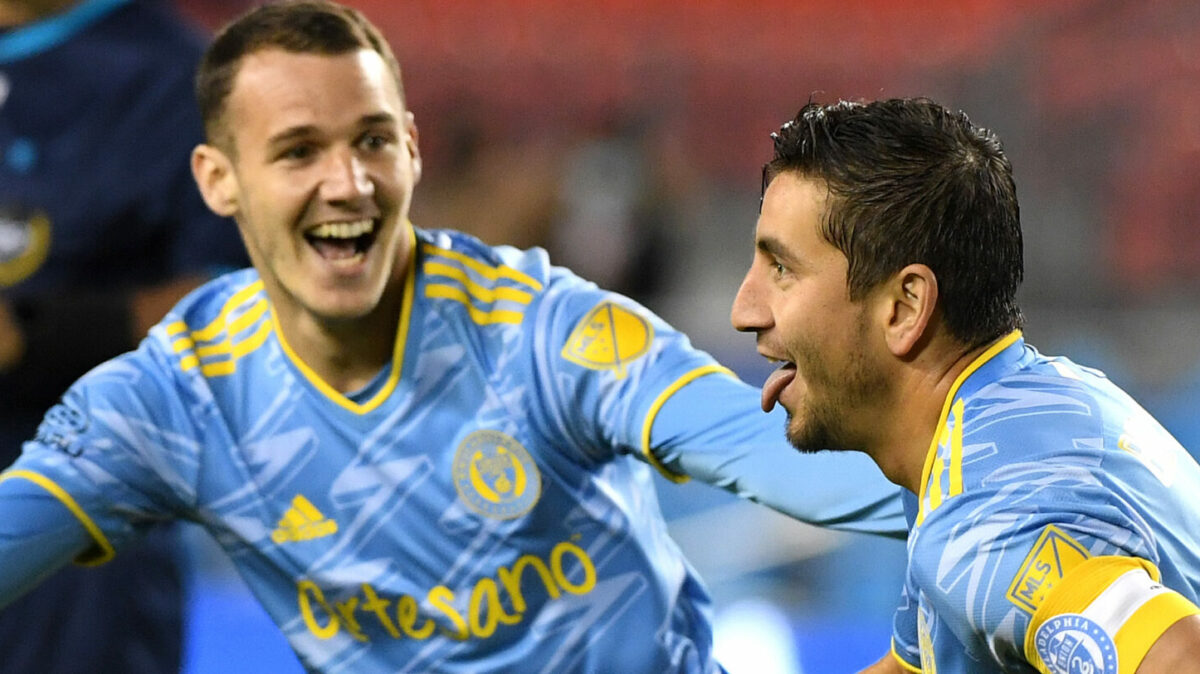 The Philadelphia Union have continued to take promising steps in their overall development as an MLS franchise, but Jim Curtin’s side will hope Saturday’s playoff opener against rivals New York Red Bulls serves as a first step towards a deep run this fall.

Saturday’s opening match of the 2021 MLS Cup Playoffs pits the Union up against the Red Bulls for the fourth time this calendar year, with both teams knowing the stakes are much higher. Both teams have been among the best in MLS over the final weeks of the regular season, making the most of their opportunities to lock up respective spots in the Eastern Conference.

The Union defeated the Red Bulls 1-0 at Subaru Park in their only home match this regular season, while also claiming two draws in Harrison, New Jersey. Luckily for the Union, they will have over 18,000 fans making a lot of noise to keep Gerhard Struber’s squad unbalanced for 90+ minutes.

“The games between us are always very highly contested,” Curtin said in a conference call Thursday. “We’re talking very close games, one  or at the most two goal games, they’re very tight. We worked very hard to get a home game, we have more confidence here, we have a crowd that cheers us on.”

“There’s not much separating the two teams,” Curtin said. “It can come down to something like restarts. We’re for example number one in scoring on restarts on the attack, but conversely, they’re number one in defending off restarts.”

While the Union’s strength this season has been the play of Goalkeeper of the Year finalist Andre Blake (12 clean sheets) and the growing partnership of centerbacks Jack Elliott and Jakob Glesnes, the 2020 Supporters’ Shield winners will also rely on the creative abilities of in-form midfielder Daniel Gazdag. Gazdag’s life to MLS started slow, but the Hungarian international has kicked it into gear over recent weeks.

The 25-year-old heads into the postseason with four goals and five assists in 1,337 minutes of action, including a pair of goals recently this month for Hungary in World Cup Qualifying. Gazdag will also be joined by Kacper Przybylko, Jamiro Monteiro, and others in the Union’s attack, but his strong run of form should be a key boost for the team overall.

In addition to having players like Gazdag, Przybylko, and Monteiro to call on, the Union also have energetic youngsters like Paxten Aaronson, Quinn Sullivan, and Jack McGlynn coming back from U.S. under-20 men’s national team involvement. All three have delivered positive moments during their first true MLS campaigns with the Union first team, starting and coming off the bench at different points of the season.

Veteran winger Ilsinho will also be available for Curtin on Saturday, providing another boost to the Union’s attacking options. Ilsinho has struggled with injuries throughout the 2021 campaign, but is always good for a clever moment or two in any game he plays in.

“Ilsinho has been training fully the last couple of weeks,” Curtin said. “He’s a good bullet to have in an elimination game. He’ll be in the gameday squad.”

Saturday’s showdown will be a huge test for the Union to answer any critics after last season’s early elimination to the New England Revolution, but it’s one that the team is prepared for after recent home success against the Red Bulls over the last few seasons.