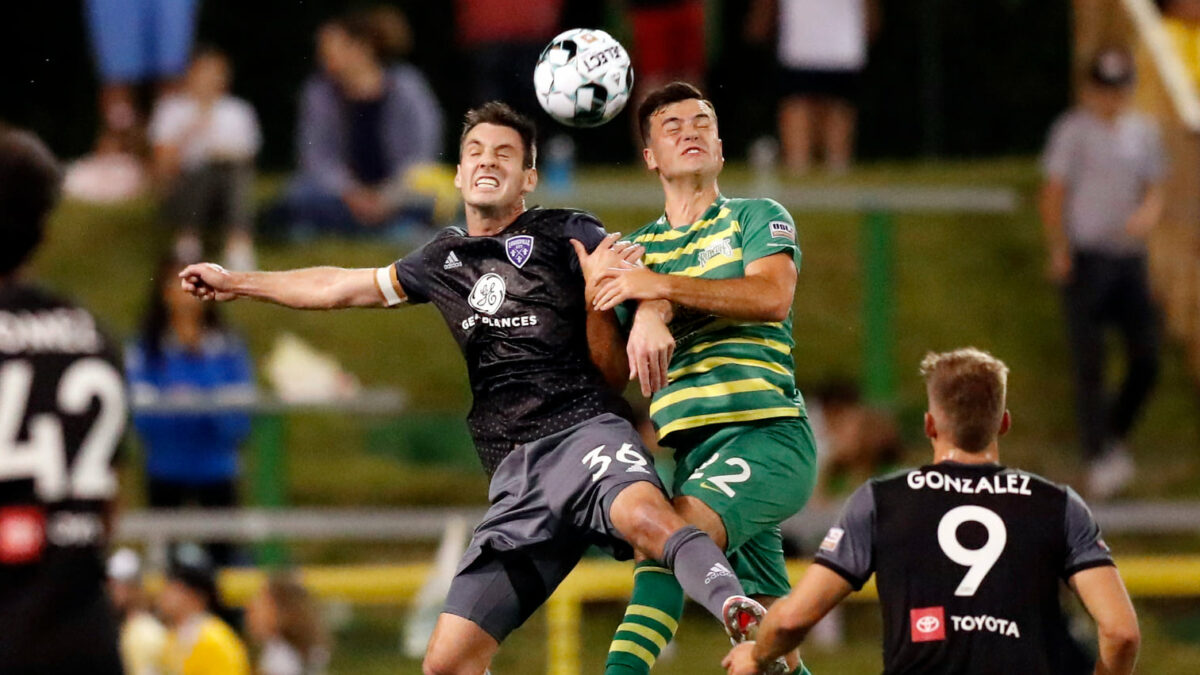 Both USL Championship conference finals needed more than regulation to decide winners, and on the other side are Orange County SC and the Tampa Bay Rowdies, who will face off Sunday, Nov. 28, in the USL Championship final.

A rematch from last year’s Eastern Conference final brought just as much drama, with the Tampa Bay Rowdies coming up on top again. Lucky Mkosana scored two goals to lift the Rowdies to a comeback within regulation time, then the Rowdies scored again early in extra time to win.

The Rowdies are headed back to the USL Championship final for the second year in a row. However, the match was canceled in 2020 because of COVID-19 issues.

Next Sunday’s USL Championship final will be an interesting clash between two distinct teams: the low-scoring but poised Orange County SC and the experienced, motivated and high-scoring Rowdies who will look to make up for last season’s unprecedented cancellation.

A second-half stoppage time set piece with the Rowdies down 2-1 brought every player, including the Rowdies’ goalkeeper, into the 18-yard box. A frantic scramble to score in the final seconds finally ended with a close-range header goal from Mkosana.

Then the Rowdies struck again in extra time, with a 102nd-minute header from Steevan Dos Santos, to win the match.

Mkosana also scored the Rowdies’ first goal from just outside the 18-yard box. Louisville City FC earned a 2-0 advantage with goals from Brian Ownby and an own goal from Forrest Lasso in the first half.

Despite giving up the early deficit, the Rowdies were utterly dominant the rest of the match. They had 25 shots with 10 on target and 57% of the possession.

Orange County SC continued its harrowing playoff run with another penalty-shootout triumph. This time, Orange County SC overcame a late San Antonio FC equalizer to win in a penalties. Former Columbus Crew and Seattle Sounders midfielder Sean Okoli sealed the win by scoring his penalty kick after San Antonio FC’s Justin Dillhon missed the target in the fourth round of the shootout.

Ronaldo Damus earned the advantage for Orange County SC in the first half with a clean volley. Orange County kept firm control of the match before San Antonio FC snapped them back to reality with Marcus Epps 67th-minute equalizer. Epps rose high into the air to send a header bouncing into the back of the net.