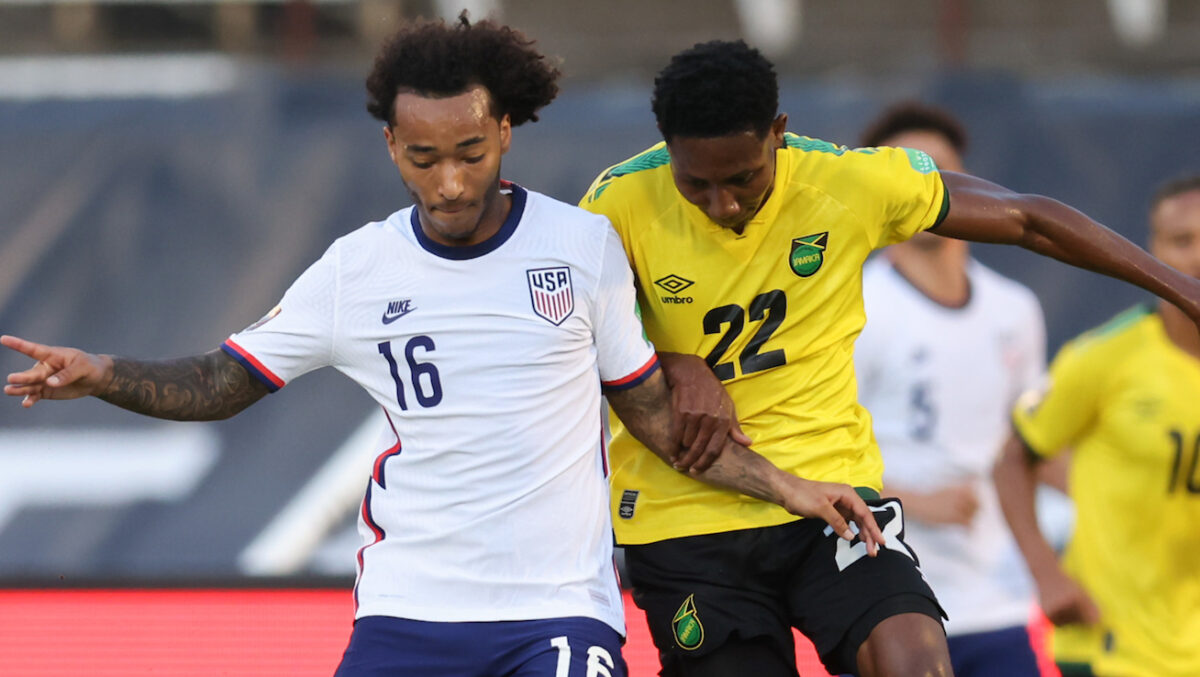 The U.S. men’s national team snatched an early lead on the road in Kingston on Tuesday night, but lacked the aggressiveness to walk away with a second victory in the November World Cup Qualifying window.

Timothy Weah scored an early opening goal for Gregg Berhalter’s side against Jamaica, but Michail Antonio’s wicked equalizer helped the Reggae Boyz earn one point at home in a 1-1 draw. Both Zack Steffen and Andre Blake each made one save apiece in the draw, one that sees the USMNT stay top of the octagonal round standings for now.

Weah needed only 11 minutes to break the deadlock, showing off his determination and skill in the final third. Ricardo Pepi’s pass upfield was gathered by Weah on the left side of Jamaica’s box, before the Lille forward outmuscled Bobby Reid and chipped a shot past Blake and into the bottom-right corner.

It was Weah’s second goal for the USMNT.

Antonio equalized for Jamaica with a thunderous strike in the 23rd minute, cutting onto his right foot before unleashing a missile past Zack Steffen and into the top-right corner. The West Ham United forward picked up a pass from Devon Williams before delivering his second goal in consecutive qualifiers for Theodore Whitmore’s side.

Gianluca Busio’s right-footed curler was the Americans best chance after halftime, but the Venezia midfielder’s effort skied just over the crossbar.

Reid had a golden chance to propel Jamaica into the lead in the 54th minute, but skied his effort from close range. Antonee Robinson’s poor clearance off a cross fell nicely to his Fulham teammate, but the winger missed the goal off the half-volley.

Damion Lowe looked to have given the Reggae Boyz a late winner on home soil, heading in a corner kick in the 83rd minute, but the defender was whistled for a foul on Walker Zimmerman. The centerback’s header left Steffen watching the ball go into his net, but thankfully for the Manchester City goalkeeper, the goal was waived off.

The USMNT will return to action on December 18 in a home friendly against Bosnia-Herzegovina before resuming World Cup Qualifying in late-January.