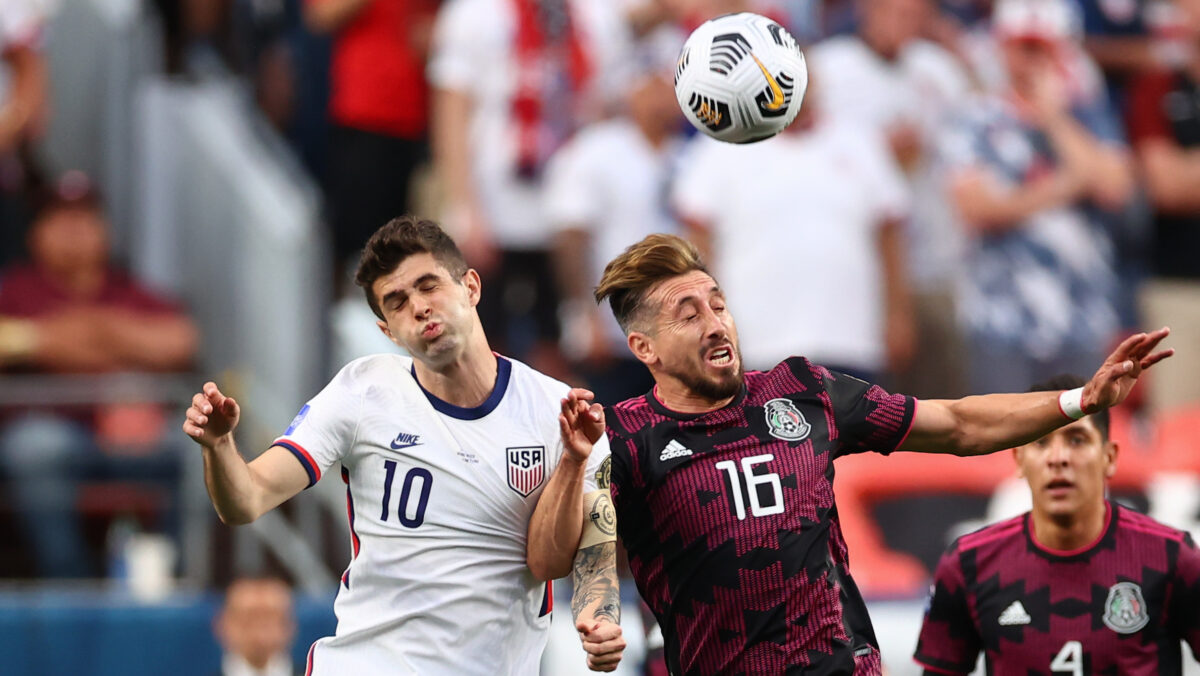 To understand what the World Cup qualifying editions of the USA-Mexico rivalry have meant to American soccer fans over the years, you need only utter the phrase “Dos a Cero” and see the smiles it generates among fans who have spent years enjoying the Concacaf battles between the region’s top teams.

The teams have met in other important settings, from the 2002 World Cup (won by the Americans), to the long list of Gold Cup finals, but nothing has quite provided the consistent and intense memories that the World Cup qualifiers between the countries have generated, both in the United States and at Estadio Azteca in Mexico City.

Friday’s qualifier will likely mark the final time the two rivals meet on American soil with major qualifying ramifications on the line. As co-hosts for the 2026 World Cup, the USMNT and Mexico won’t be going through the qualifying process, and FIFA”s plans to expand the World Cup field will mean that the process to secure places in the 2030 World Cup isn’t likely to leave Mexico and the USA battling for qualifying survival.

The looming end to such a beloved part of the rivalry has added some extra spice to Friday’s match, which really didn’t need anything extra to make it a can’t-miss affair, especially after the USMNT’s summer tournament final sweep of El Tri.

“I think given what’s on the line, a ticket to the World Cup, it just remains a massive fixture,” USMNT coach Gregg Berhalter said of the stature of USA-Mexico qualifiers. “As a fan, I know it’s a date that U.S. soccer fans put down on their calendar and they can’t wait for. It’s a celebration for our fans. For true U.S. soccer fans, no matter what demographic you are, this is the date you’re circling, and you can’t wait to get in the stadium and see this game because you know you can get behind your team against their their biggest rival with the World Cup on the line. So I think it’s a great moment for our team. It’s a great moment for fans and we’re really looking forward to Friday.”

It has been five years since the USMNT and Mexico played in a World Cup qualifier on American soil, and that meeting happened to mark El Tri’s first qualifying win in the United States in two decades, snapping a streak of four consecutive 2-0 victories by the Americans, spanning from 2001 to 2013. It was that winning streak, and those scorelines, that helped cement the ‘Dos A Cero’ rallying cry into the rivalry’s vernacular, and those matches helped inspire generations of fans and future players.

“Watching these games growing up, you always got super excited to watch the Mexico-U.S. rivalry,” USMNT midfielder Tyler Adams said. “A lot of players that I admired on both sides of the both sides of the teams, whether it was U.S. or Mexico. I always remember watching those games and remembering guys flying into tackles, battling for each and every ball. Really every single play in these games matters against such quality opponents.

“We expect the same thing (on Friday),” Adams said. “I’ve played a couple games against Mexico now and all the games require a lot of energy, a lot of focus, a lot of determination on both sides of the ball.”

No matter what happens on Friday, the two rivals will have one more qualifier to play, on March 27 in Mexico City. One or both teams could have their World Cup qualifying place already secured by then, which would take away some of the drama of what would be the final qualifier between the rivals for up to seven years.

As much as Friday’s installment of the USA-Mexico World Cup qualifying series could mark the end of an era, Berhalter still sees the rivalry staying just as passionate, even without the added importance of World Cup tickets being on the line.

“Will the rivalry change? I don’t think it will,” Berhalter said. “We may not be able to play qualifiers of this magnitude, World Cup qualifiers, but we’ll see them down the road in a lot of meaningful games, and the rivalry is always going to be intense.

“We’re both fighting to be top of our region, and when you have two teams like this going at each other, there’s always going to be heat.”