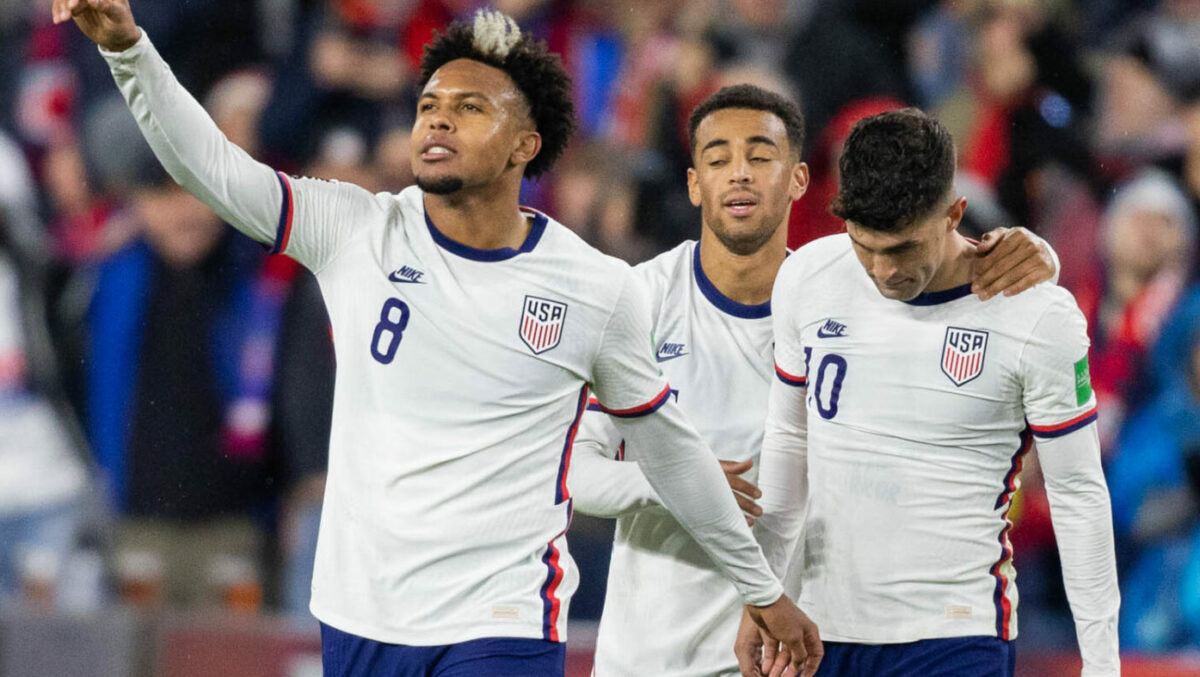 The U.S. men’s national team owned Mexico in a pair of competitions this past summer and continued that recent success with a monumental victory in Concacaf World Cup Qualifying on Friday night.

Christian Pulisic came off the bench to score the winning goal in his return to international play while Weston McKennie also scored as Gregg Berhalter’s side downed El Tri 2-0 at TQL Stadium, moving the Americans to first place in the octagonal round table. It was the USMNT’s third-consecutive win over Mexico this calendar year, leapfrogging them over El Tri on goal difference.

The 23-year-old Pulisic came into the match in the 69th minute and needed only five minutes to break the deadlock from Ohio. Timothy Weah created space on the right wing before sending in a dangerous cross, allowing Pulisic to get in front of Johan Vasquez to head home past Guillermo Ochoa.

It was an immediate impact from the substitute, who now has 17 goals for the USMNT in his career.

Even with Mexico pushing for an equalizer late in the match, the USMNT kept its foot on the gas and was rewarded with an insurance tally. Weston McKennie raced into the box in the 85th minute and slotted home a right-footed effort into the bottom-left corner, icing the home victory for the Americans.

Mexico had the better of the offensive chances in the first-half, forcing a pair of saves from Zack Steffen. Edson Alvarez’s curling effort in the 12th minute was palmed away by a diving Steffen before Hirving Lozano’s breakaway attempt in the 19th minute was also repelled by the Manchester City goalkeeper.

McKennie came close to breaking the deadlock earlier in the match, stinging the palms of Ochoa in the 49th minute from a shot at the top of the box.

The Americans made the most of their second-half chances and grinded out the result, despite losing center back Miles Robinson to a second yellow card before stoppage time. Both Robinson and McKennie are suspended for Tuesday’s trip to Jamaica on Matchday 8 after their respective bookings the match.

The USMNT will travel to Kingston, looking to claim a fifth win from eight qualifiers during this cycle, currently sitting eight points clear of Jamaica.