USWNT set to test new faces in pair of challenging friendlies vs. Australia 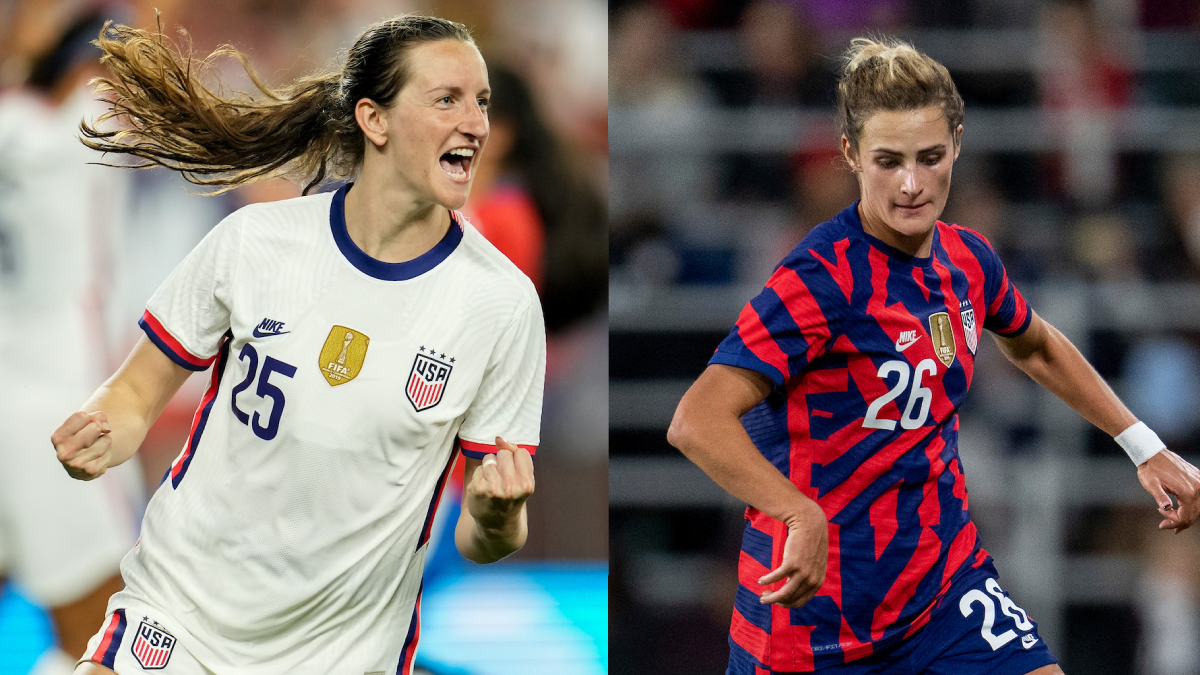 The U.S. women’s national team is set for two matches against Australia on Friday and Tuesday, marking its first appearance in the land down under in over 20 years.

Vlatko Andonovski’s 22-player roster for the trip included some surprises as injuries and opt-outs made way for new faces to impress the second-year head coach, who begins to zero in on the 2023 World Cup, which will take place across Australia and New Zealand.

Among those missing are Crystal Dunn, who recently announced her pregnancy, Julie Ertz and Alyssa Naeher who are still on the mend from long-term injuries, Alex Morgan, Megan Rapinoe, Tobin Heath, Christen Press, Kelley O’Hara, and Mallory Pugh.

Freshly-crowned NWSL champion and Rookie of the Year Trinity Rodman was invited to the camp but opted out.

Luckily for Andonovski and American fans, there is no shortage of quality players looking for a chance, and the door is more open in this camp than it will likely ever be.

In addition to bringing in some newer and younger talent, the USWNT has been in need of some tougher friendlies on a regular basis. The Aussies on their own turf are about as worthy of a foe as you can ask for in that regard.

Headlined by superstar striker Sam Kerr, the Matildas held their own against the USWNT in a pair of meetings at the Tokyo Olympics. A goal-less draw in group-stage play showed vulnerability in the American squad, and a 4-3 USA win in the bronze medal match showed the Australians weren’t too far away from the USWNT.

The upcoming games will be the toughest the Americans have seen since the bronze medal contest and should give Andonovski and company a pretty good barometer of his talent depth before closing out the year.

Of course, getting a preview of the Australian side of the World Cup landscape is another item the American camp will benefit from.

Here is a closer look at the freshened-up USWNT roster ahead of Australia:

Expect to see some heavy rotation across the two games, and some fresh faces involved in the attack.

Like Rodman, Ashley Hatch was a part of the Washington Spirit championship team and finished the year with honors. Her 10 goals topped the NWSL Golden Boot chart and she should be in line to earn her third-ever senior cap. Fellow NWSL standouts Bethany Balcer (OL Reign) and Morgan Weaver (Portland Thorns) are also available, each seeking first-ever caps.

In terms of who you will definitely see: Lynn Williams and Margaret Purce are looking to bolster their respective cases as go-to starters in the future, and Sophia Smith has ways to go before being considered no. 2 on the no. 9 depth chart to Morgan.

In the midfield, some combination of Rose Lavelle, Lindsey Horan, Catarina Macario, and Kristie Mewis will play with Andi Sullivan, another Spirit representative, who is growing into the holding midfielder role of the future.

Sullivan did not make the Olympic roster but started in three of the four friendlies following the tournament, and registered her first two international goals. The USWNT enjoyed lopsided wins in the games she started and was held to a scoreless draw on the one she didn’t.

There aren’t too many conceivable open spots in the midfield, but Ashley Sanchez (you guessed it, another Spirit player) rounds out the cast in search of her first appearance.

Like the midfield, the defense is almost what avid USWNT watchers will expect. Mind you, players who appeared in the NWSL playoffs might see a reduced workload, and you can expect to see Emily Fox (Racing Louisville) in an elevated role as an outside back (if healthy) along with Sofia Huerta (OL Reign), who makes her first USWNT camp since 2018. Fox will play on the left in place of Dunn, and Huerta on the right for O’Hara.

UPDATE: Fox’s status is unclear at the moment after Andonovski told media she may not be at 100%. NJ/NY Gotham defender Imani Dorsey was called up and will be her likely replacement, and if that is the case, it will be her first-ever international cap.

Abby Dahlkemper was most recently with Manchester City and was announced as the first-ever signing for the incoming NWSL expansion franchise in San Diego this week. She has had some time off from the club side and should be fresh enough to anchor the central duties with Becky Sauerbrunn and Tierna Davidson rotating between games.

The perpetual battle for Naeher’s backup in goal gets a little more interesting. Adrianna Franch and Jane Campbell have been battling it out for some time, and now Bella Bixby (Thorns) and Casey Murphy (North Carolina Courage) enter the scene. Franch is missing the camp, so look for Cambell to start. Bringing two new goalkeepers suggests Andonovski is open-minded, but will he really part from Franch or Campbell in the long-term? It remains to be seen, and whoever gets the minutes will be telling.

It is not an all-out new group for the USWNT, but a number of configurations might be new enough for even a pair of losses to not be the end of the world for American fans. Several players need their first international minutes, and even players who figure to have unquestioned World Cup status should benefit from the internal competition. And based on what you saw in Tokyo, there is plenty of room to impress when competitive games come back around.