Yedlin ready to bring experience to ‘dogfight’ with Mexico 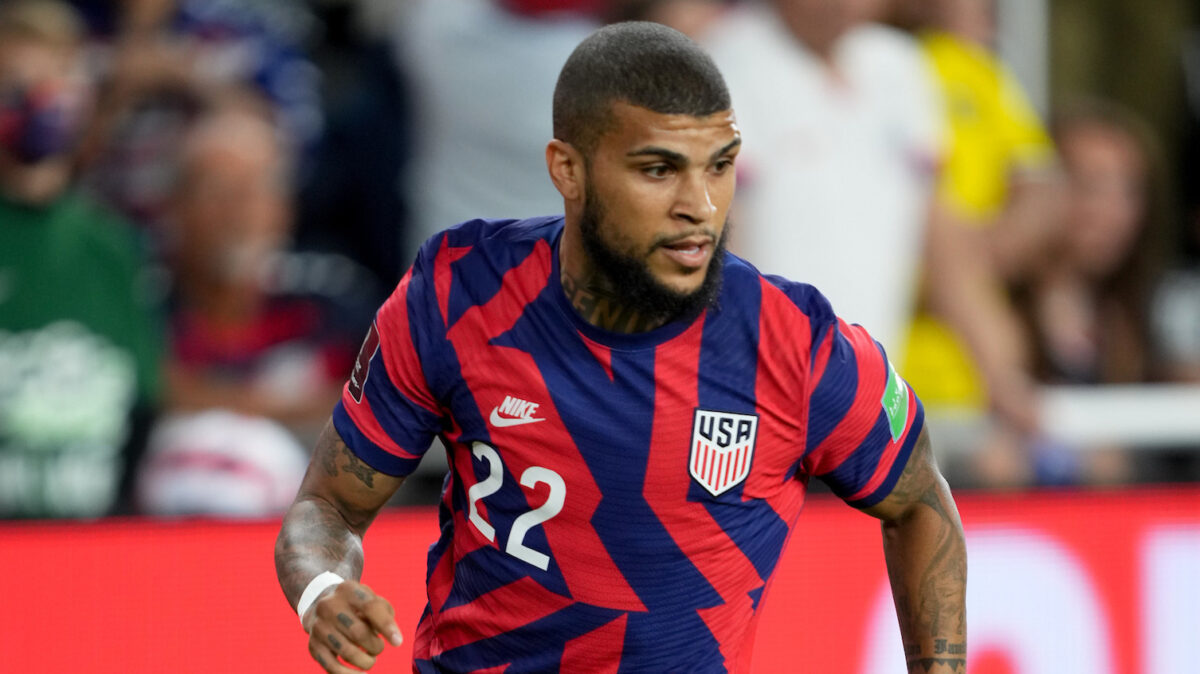 DeAndre Yedlin understands what the U.S. men’s national team will be up against in its pivotal World Cup qualifying match against Mexico on Friday.

Yedlin joins the USMNT camp fresh off a positive start with his new club, Turkish giants Galatasaray. Sergiño Dest’s injury has opened up the starting right back spot, giving Yedlin another chance to step into a role he knows very well.

“I think the main thing when it comes to U.S.-Mexico games, especially, is the fact that it’s just a dogfight,” Yedlin said. “Obviously, they’re the main rivals. So, you know, there’s always going to be that bit of motivation and whatever you want to call it around that, but it’s also the fact that we’re both very good teams, so it’s always a fight.”

Yedlin has faced Mexico seven times. He went 90 minutes in the USMNT’s 3-2 Nations League final win over Mexico that went into extra time in June.

The most capped player on this USMNT roster with 69 international appearances, Yedlin is expected to start, though Reggie Cannon and in-form USMNT newcomer Joe Scally are also in camp.

Dest’s excellent form before a recent back injury kept Yedlin out of starting contention in recent qualifiers. Yedlin entered as a substitute in four of the last five USMNT matches. His last start came at right back in the World Cup Qualifying opener, a goal-less draw in El Salvador.

Yedlin is about three months into his first full season at Galatasaray in the Turkish Super League. He made the move in February from Newcastle, where he spent three seasons without consistent playing time. After experiencing some good moments in his first season in Turkey, and overcoming a shaky summer where reports suggested Galatasaray would unload him, Yedlin has taken hold of the starting right back position in the new season, playing in 13 matches in all competitions this campaign.

It has been that regular playing time in Turkey that has helped keep Yedlin in Berhalter’s plans, and has him poised now to make his first start of the Octagonal round of World Cup qualifying.

“The Turkish League has surprised me a bit with the quality that’s there, I think there’s some very good players there,” Yedlin said. “So that’s been great as well, being able to challenge myself against them. And then obviously, the task I’ve been able to play in Europa League this year, you know, hopefully Champions League in the coming years, has been great as well. So it’s been definitely been a challenge. But it’s been a really good challenge for me.”