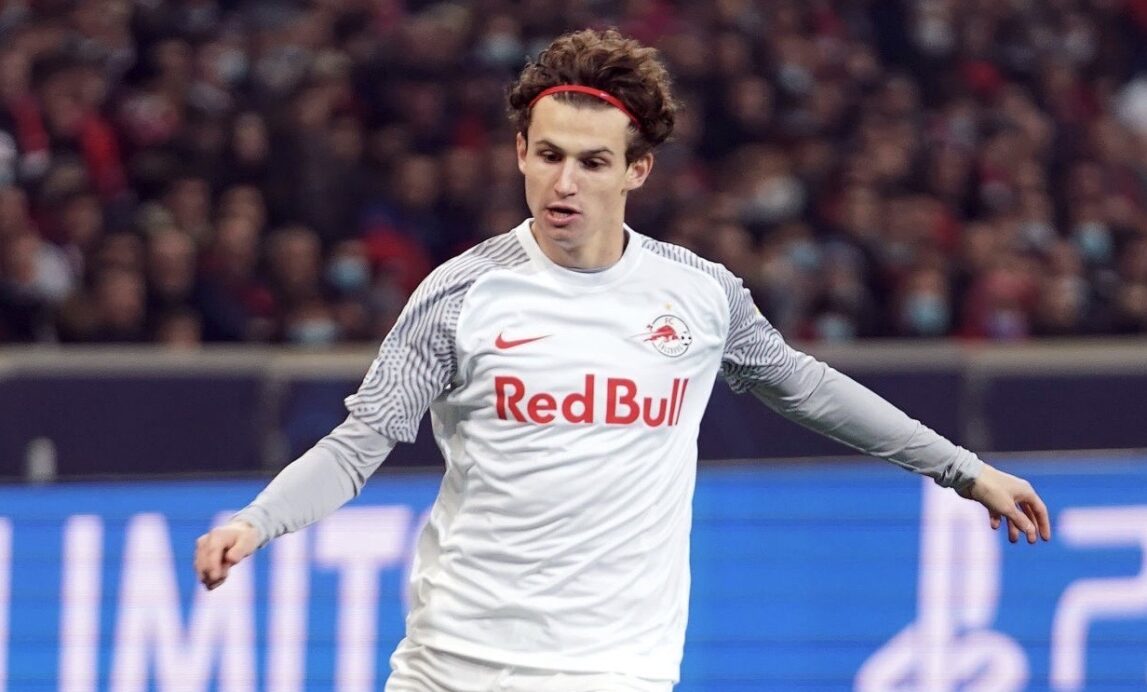 Brenden Aaronson helped Red Bull Salzburg make some history on Wednesday, when he started in the Austrian champions’ 1-0 Champions League victory over Sevilla, which helped Salzburg secure its first trip to the Champions League knockout rounds.

Aaronson joined a group of five U.S. men’s national team players set to take part in the Champions League Round of 16 after the conclusion of the group stage on Wednesday (with the exception of the Atalanta-Villarreal match, which was postponed to Thursday due to snow).

Weston McKennie did not play for Juventus as he recovers from a recent knee injury, but watched as the Italian side edged Christian Pulisic and Chelsea to the top spot in Group H. A late Zenit St. Petersburg goal spoiled Christian Pulisic’s chance for a game-winning assist in an eventual 3-3 draw, a result that allowed Juventus to leapfrog Chelsea to the top of their group after beating Swedish side Malmo, 1-0.

Timothy Weah and Aaronson both advanced with their respective clubs out of Group G following Matchday 6 victories. Aaronson played 90 minutes as Red Bull Salzburg edged La Liga visitors Sevilla 1-0 in Salzburg to claim the runner-up spot. Weah, who is out with a quadriceps injury, missed out as Lille won top spot after a 3-1 road victory over Wolfsburg.

Zack Steffen featured in goal on Matchday 6 in Manchester City’s 2-1 road loss to RB Leipzig, but Pep Guardiola’s side already had first place clinched coming into the match. The Citizens edged Paris Saint-Germain to top spot in Group A after defeating the Ligue 1 side 2-1 on Matchday 5.

Sergino Dest and Barcelona crashed out of the Champions League after a 3-0 road loss to Bayern Munich on Wednesday, dumping the Catalan club into the Europa League draw on Friday. Dest won’t be the only American player in the Europa League though, with Gio Reyna’s Borussia Dortmund and Tyler Adams’ RB Leipzig both finishing in third place in their Champions League group.