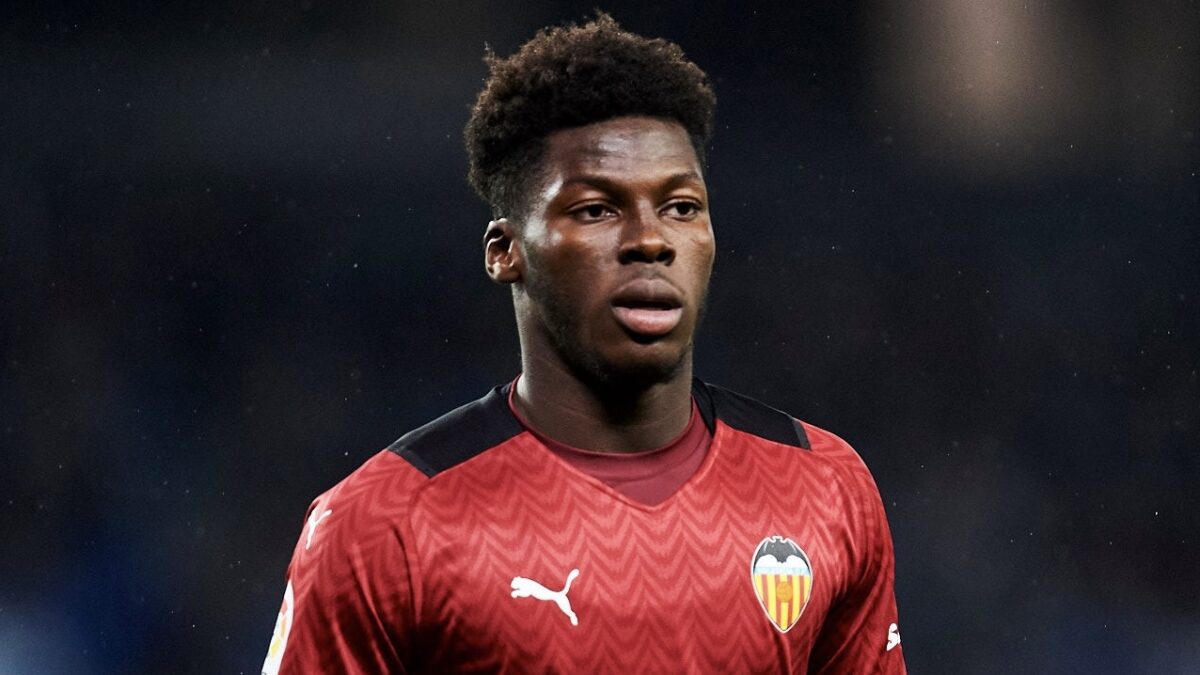 Yunus Musah has made his opportunities count in the Copa Del Rey with Valencia this month and the U.S. men’s national team midfielder continued that trend Thursday in a road victory

Musah scored his second goal in his past four appearances for the club, opening the scoring for the La Liga side in an eventual 3-1 extra time win over CD Arenteiro. The 20-year-old started on the right side of Javi Lopez’s midfield and needed only one minute to break the deadlock with his second goal of the competition.

Musah delivered a strong 88 minutes for Valencia, winning all three of his tackles, completing two of four dribbles, and winning eight of his 17 individual duels in the match. Valencia scored twice during the extra time periods to swing momentum in its favor, propelling the club into the Round of 32.

Musah’s next opportunity to start for Valencia will come on Monday at Levante in La Liga play.

Cameron Carter-Vickers helped Celtic eclipse the 40-point mark in the Scottish Premiership this season, playing 90 minutes in a dramatic 2-1 road win over Ross County. Carter-Vickers excelled once again in the backline, winning nine of his 11 duels in the match, making two interceptions, and drawing two fouls. The Tottenham loanee has remained one of the key players in Ange Postecoglou’s squad and will now have an opportunity to lift a trophy on Sunday in the Scottish League Cup Final at Hampden Park.

Hoffenheim fought back to earn a 2-2 draw at Bayer Leverkusen and USMNT defender Chris Richards did not disappoint for the visitors. Richards started in Sebastian Hoeness’ backline for the fifth-consecutive match and claim close to scoring for the second straight match. Richards hit the crossbar with a headed attempt towards goal in the 34th minute, in a match which saw the clubs combine for three efforts off the post and crossbar combined. The 21-year-old made four interceptions and completed over 80% of his passes as Hoffenheim moved to five-straight matches unbeaten.

Mark McKenzie remained in Genk’s starting lineup on Thursday and helped the club snap a nine-match winless run after downing Sporting Charleroi 4-2 at home. McKenzie completed the most passes in the match (85) and won two of his five aerials battles as Genk moved to ninth place in the Pro League standings. McKenzie has now went the distance in all four of Genk’s matches this month.

Zack Steffen dressed but did not play in Manchester City’s 7-0 win over Leeds United on Tuesday.

Josh Sargent did not dress in Norwich City’s 2-0 loss to Aston Villa on Tuesday.

Tyler Adams came off the bench and played 45 minutes in RB Leipzig’s 1-1 draw with Augsburg on Wednesday.

Julian Green came off the bench and played 26 minutes for Furth.

Timmy Chandler dressed but did not play for Eintracht Frankfurt.

John Brooks dressed but did not play in Wolfsburg’s 3-2 loss to Cologne on Tuesday.

Shaq Moore started and played 90 minutes in Tenerife’s 2-1 loss to Eibar on Wednesday.

Samuel Shashoua came off the bench and played 45 minutes for Tenerife.

Matthew Hoppe did not dress in Mallorca’s 6-0 win over UD Llanera on Thursday.

Tanner Tessmann came off the bench and played 45 minutes in Venezia’s 3-1 win over Ternana on Tuesday.

Jack DeVries came off the bench and played 14 minutes for Venezia.

Gianluca Busio dressed but did not play for Venezia.

Luca De La Torre came off the bench and played 21 minutes in Heracles’ 4-1 loss to AZ Alkmaar on Wednesday.

Chris Durkin started and played 45 minutes in Sint-Truiden’s 2-0 loss to Anderlecht on Tuesday.

Owen Otasowie did not dress in Club Brugge’s 4-1 win over OH Leuven on Wednesday.

Jordan Pefok came off the bench and played 46 minutes in Young Boys’ 1-1 draw with Basel on Wednesday.

Catarina Macario started, scored A GOAL, and played 78 minutes in Lyon’s 4-0 win over Hacken on Wednesday.

Alana Cook did not dress in Paris Saint-Germain’s 6-0 win over Breidabilk on Thursday.

Tobin Heath is OUT (Injury) for Arsenal.