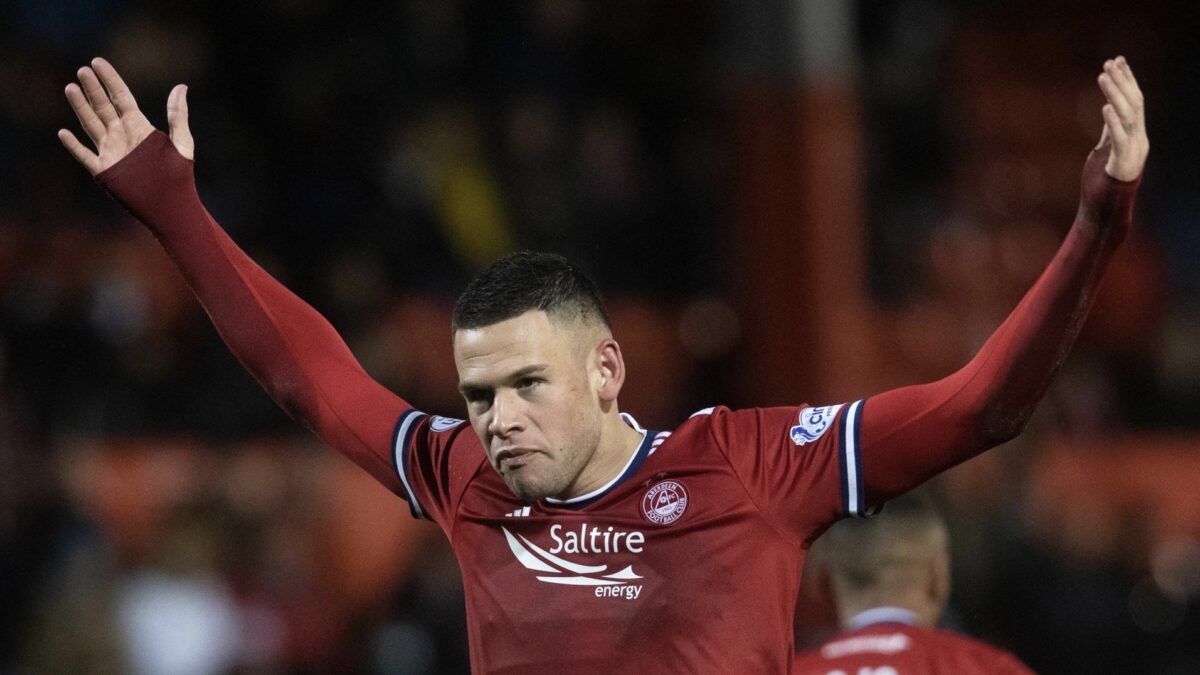 American striker Christian Ramirez is leading a burgeoning American contingent in the Scottish league and has proven to be an excellent summer signing near the midway point of the season. His latest performance in a win over St. Mirren helped the Scottish club win its second match in a row.

The Garden Grove, California, native is on excellent form this season for Aberdeen. Two goals in Saturday’s 4-1 win over St. Mirren brings Ramirez’s 2021/22 scoring tally to 11 goals and three assists in all competitions. Ramirez scored his seventh and eighth league goals. Ramirez scored the first and last goals of the match Saturday, with one goal in the ninth minute and another in the 71st minute.

“I think that result has been coming now, a multiple goal game,” Ramirez said postmatch. “Four goals, it could have been more. It was exciting and I think the fans saw that. It is something we have been working on and thriving to do. We have stayed patient through the process and we reaped the rewards today.

“There are things to work on, we still need to take better care of the ball,” Ramirez said. “We need to keep the same energy that we have been playing with defensively, with our press, and we need to continue to take care of set-pieces.”

Aberdeen, managed by former Atlanta United assistant and interim manager Stephen Glass, rose to sixth place in the Scottish Premiership with the win.

“At the end of the day, I have just been focused on winning,” Ramirez said in a postmatch interview with the club. “I was happy on Wednesday as well when we won and I didn’t score. That was the most important thing to myself, but its always good to get on the scoresheet.”

Ramirez scored the winning goal in a 1-0 win over Hibernian on Oct. 23 to snap a five-match losing streak. But after three matches unbeaten, Glass’s side lost three games in a row. Ramirez’ recent brace brings Aberdeen into another scoring surge, with six goals in the last two matches.

Ramirez transferred to Aberdeen from the Houston Dynamo last summer for a reported $250,000. He previously played in MLS from 2017 to 2020 for Minnesota United, LAFC and the Dynamo.