Depleted Union left to ponder “What if?” following playoff loss to NYCFC 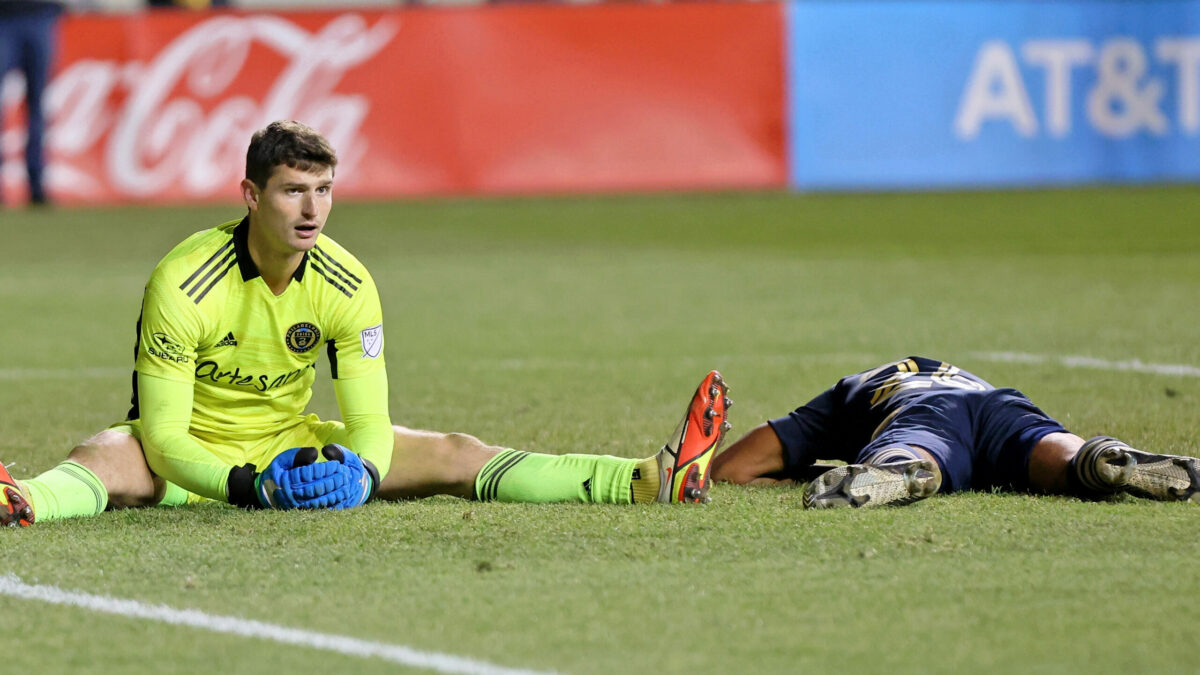 CHESTER, Pennsylvania — The Philadelphia Union put up a valiant effort in Sunday’s 2-1 Eastern Conference Final loss to New York City FC, but will be left to wonder what could have been after being without 11 players for the match, including five starters on the squad, for the biggest match of the year.

Jim Curtin’s depleted side went toe-to-toe with visiting NYCFC at Subaru Park, a match which saw plenty of bench players see the field in a must-win match. Centerbacks Aurelien Collin and Stuart Findlay, left back Nathan Harriel, goalkeeper Matt Freese, and midfielder Jack McGlynn all started in place of key starters and that group made plenty of fans proud with their performances in defeat.

The Union’s strong 2021 campaign may have come to a sad end, but Curtin isn’t disappointed with how his players left the pitch on Sunday night.

“I can’t get proud when we lose, but at the same time this is about as unique a set of circumstances as you can have in the game,” Curtin said postmatch in regards to the losses of 11 players due to COVID-19 protocols. “However many starters you want to call it for us, you know, I’d say we had six, seven guys that have been consistently starting for us during the year that weren’t even present. So for what we gave, for the intensity that the guys showed on the field, it still hurts that we lost. But I’m still proud of the group.

“When I was writing in the team messages at the beginning of the game there are a couple of names I didn’t know how to spell quite yet, so I had to do some peeking at the backs of jerseys, which is a situation that was unique for sure,” Curtin added.

Veteran leaders Andre Blake and Alejandro Bedoya, along with starting defenders Jack Elliott, Jakob Glesnes, and Kai Wagner all missed the match, which left Curtin with little to work with outside of his starting lineup. Still, the golden chance for the Union came in the 86th minute as Harriel’s wide-open header at the back post glanced over Sean Johnson’s crossbar with the score locked at 1-1.

It was the chance the Union needed to snatch their first-ever Eastern Conference title, but instead it only led to NYCFC swinging momentum in its favor and clinching a first-ever spot in MLS Cup. Talles Magno’s swift finish one minute later after an Olivier Mbaizo giveaway propelled NYCFC into the driver’s seat for the final minutes of the match.

“I think we needed to get a period to get the crowd into it, to have a five-minute window where now it puts a little stress and pressure on New York City,” said Curtin. “Maybe they start to throw numbers forward and we can hit them on the counter.

It was a valiant effort from the 2020 Supporters’ Shield winners, who also finished as semifinalists in their first involvement in the CONCACAF Champions League. They won more duels than NYCFC (65-50), won more tackles (14-7), and delivered more interceptions (10-7) in the match, producing the total team effort to try and reach Saturday’s MLS Cup Final in Portland.

In the score column though, the Union fell short and that’s ultimately what Curtin and his players will remember as their season comes to an end. With a full squad available, the Union certainly would’ve given NYCFC and possibly even snuck away with a victory, and that’s the feeling Curtin will be thinking about throughout this offseason heading into 2022.

“You want to see, especially your older players, guys like [club captain Alejandro] Bedoya, who worked so hard to get this home game here and he doesn’t get the opportunity,” Curtin said. “You don’t know how many more Conference Finals and then MLS Cups you’re going to have an opportunity to look at in your career…You look at guys like Andre Blake, Jack Elliott, Jakob Glesnes and if they’ll get this chance again. There can’t not be what might have been. So, again, that hurts.

“You’re at a loss for words, man. I just feel bad for the guys that weren’t here, because again, they had incredible seasons,” Curtin said. “COVID-19 sucks. I don’t know how else to put it. The protocols are the protocols, but could they be updated, adjusted for common sense? I don’t know. Again, it hurts.”