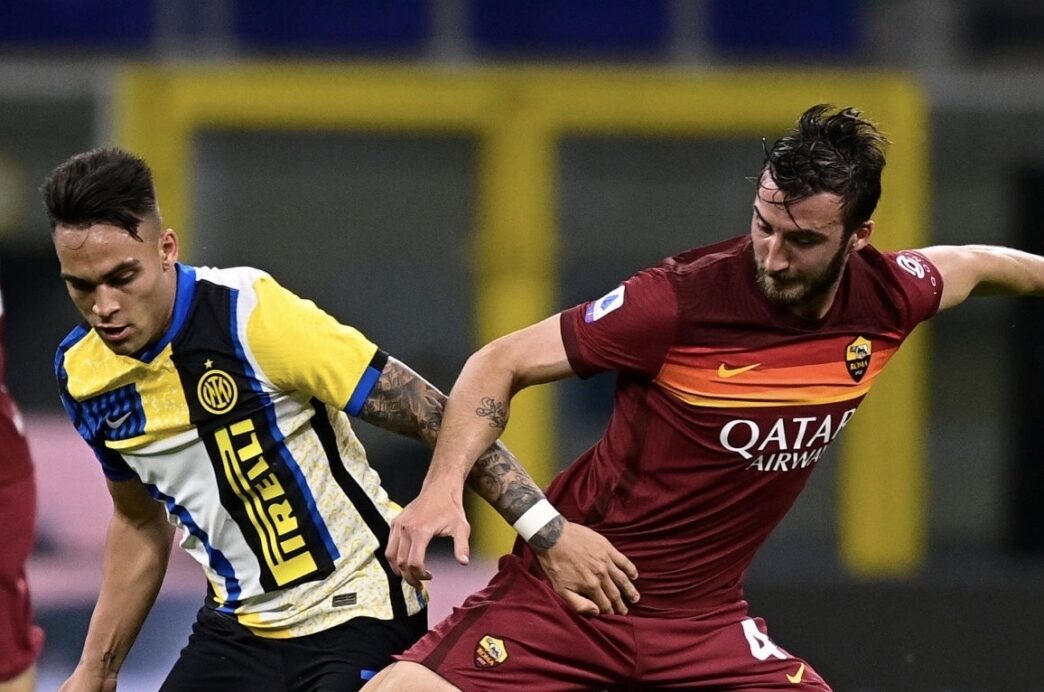 Serie A is heating up heading into the winter with just two points separating Italy’s top three after 15 matchdays. Luciano Spalletti’s Napoli has slowed down in recent weeks, registering one win in four games, opening up the title race for both Milan-based giants.

Inter Milan is on the road against a struggling Roma side on Saturday, looking for its fourth straight win. Its crosstown rivals, AC Milan, welcomes the newly-promoted Salernitana into the San Siro, while Napoli hosts Atalanta. Elsewhere, Juventus locks horns with Genoa in hopes of extending its win streak.

In England, league leaders Chelsea travel to the London Stadium to take on West Ham United. Fellow title contenders Liverpool and Manchester City are in action against Wolves and Watford respectively. Manchester United’s encounter with Crystal Palace rounds off an exciting weekend of Premier League football.

The latest iteration of Der Klassiker between Bayern Munich and Borussia Dortmund headlines the action in Germany. RB Leipzig will have its sights set on getting its season back on track when battle with Union Berlin on Friday.

In Spain, Xavi’s reign continues with an intriguing clash against Real Betis with Barca trailing first place by 13 points. Real Madrid will have its hands full on Saturday, squaring off against the high-flying Real Sociedad. Fierce rivals Atletico Madrid cannot afford another slip-up with Mallorca making its way to the nation’s capital.

Here is a closer look at the biggest games across Europe this weekend.

Chelsea will shift its focus to West Ham United in an all-London affair on Saturday, kicking off matchday 15 in style. The Blues are unbeaten in their last 12 in all competitions, including a pair of convincing wins over Juventus and Leicester City. Thomas Tuchel’s men most recently edged Watford in a hard-fought encounter with Hakim Ziyech’s strike securing all three points. West Ham United, by contrast, will want to confirm its top-four credentials, sitting one point ahead of Arsenal in fourth place.

Manchester City will be looking to continue its impressive title defense and register a fifth consecutive win in league action. The English giants have been in exceptional form over the past month, overcoming the likes of Paris Saint-Germain and Manchester United. Bernardo Silva and Ruben Dias were both on target in City’s latest win over Aston Villa in mid-week, confirming their hot starts to the new season. Claudio Ranieri’s Watford may have their work cut out for them, but with Emmanuel Dennis firing from all cylinders, the newly-promoted side will take its chances.

Liverpool has shifted into another gear since slumping to a disappointing defeat against West Ham United, outscoring the opposition 12 to one in its last three Premier League affairs, including a 4-0 win over Arsenal. The Reds registered a comprehensive 4-1 win over Mereseyside rivals Everton on Wednesday, propelling themselves within two points of the league-leading Chelsea.

The Ralf Rangnick era will officially kick off on Sunday when Manchester United takes on Crystal Palace at Old Trafford. The Red Devils emerged close winners in a five-goal thriller over Arsenal on Thursday, with Cristiano Ronaldo’s brace separating the two sides. Manchester United nonetheless remains three points out of top four. Crystal Palace is game winless in its last three games in league play, including a 1-0 defeat against Leeds United.

Borussia Dortmund enters its clash against Bayern Munich hoping to put its recent Champions League exit in the rearview mirror. Erling Haaland has since returned to action in style, finding the back of the net in a 3-1 win over Wolfsburg. Bayern Munich currently holds a one-point lead over the German giants, having won five of its last six Bundesliga games. It may be early days, but Saturday’s clash at the Signal Iduna Park is rife with title implications.

RB Leipzig is struggling, with just one win in its last four games, including two consecutive defeats. The German side most recently fell at the hands of Bayer Leverkusen last weekend and currently sit in eighth place, just four points out of top four. RB Leipzig’s upcoming clash against Union Berlin is crucial to its top four hopes this season and is in dire need of a result.

Real Madrid has been in rampant form in La Liga this season and is unbeaten in its last 10 games. The Galacticos have lost just one of their 15 league clashes this year, extending their lead over Atletico Madrid to seven points. Real Madrid faces a stern challenge on Saturday taking on the in-form Real Sociedad. Imanol Alguacil’s men trail the league leaders by seven points, having lost just twice this season.

Atletico Madrid’s title defence has slowed over the past month, recording three defeats in its last six games. Diego Simeone’s men, however, has since turned their fortunes around with consecutive wins over Cadiz and Osasuna. Atletico Madrid nonetheless remains seven points off the league lead, albeit with a game in hand. The reigning champions will want to claim all three points against Osasuna before locking horns with Porto in their all-important Champions League decider on Tuesday.

Jose Mourinho squares off against Inter Milan for the first time since leading the Italian giants to a historic treble in 2010 and will be gunning for all three points. The capital-based club has struggled for consistency in recent times, dropping its clash in mid-week against Bologna. Inter Milan, by contrast, has reignited its title charge under Simone Inzaghi, winning its last three Serie A clashes. In fact, just two points separate the reigning champions from Napoli in first place.

Napoli faces an uphill battle when they welcome Atalanta into the Stadio San Paolo on Saturday, doing so without Kalidou Koulibaly, Victor Osimhen, and the suspended Luciano Spalletti. The Italian side has gotten off to a dream start to the new season, occupying first place since matchday one, but has slowed down, winning just one of its last four games. Atalanta, on the other hand, holds a comfortable six-point lead over Roma in fifth place and could pull itself within just two points of first place with a win.

The Massimiliano Allegri has not gotten off to an exceptional start in Turin, with the Italian giants losing five of its opening 15 games in league play. Juventus returned to winning ways on Tuesday, overcoming Salernitana with goals from Paulo Dybala and Alvaro Morata, and will be hoping for much of the same against Genoa. Andriy Shevchenko’s side is in the relegation zone after 15 matchdays and is winless in its last 12 games.

AC Milan finds itself in yet another tight title race heading into the holiday season, trailing Napoli by just one point. Stefano Pioli’s men thumped Genoa 3-0 in mid-week as Zlatan Ibrahimovic recorded his sixth goal of the season. Salernitana makes its way to the San Siro in search of just its third win all season and will need to quickly turn thing around, otherwise risks relegation from Italy’s top flight.