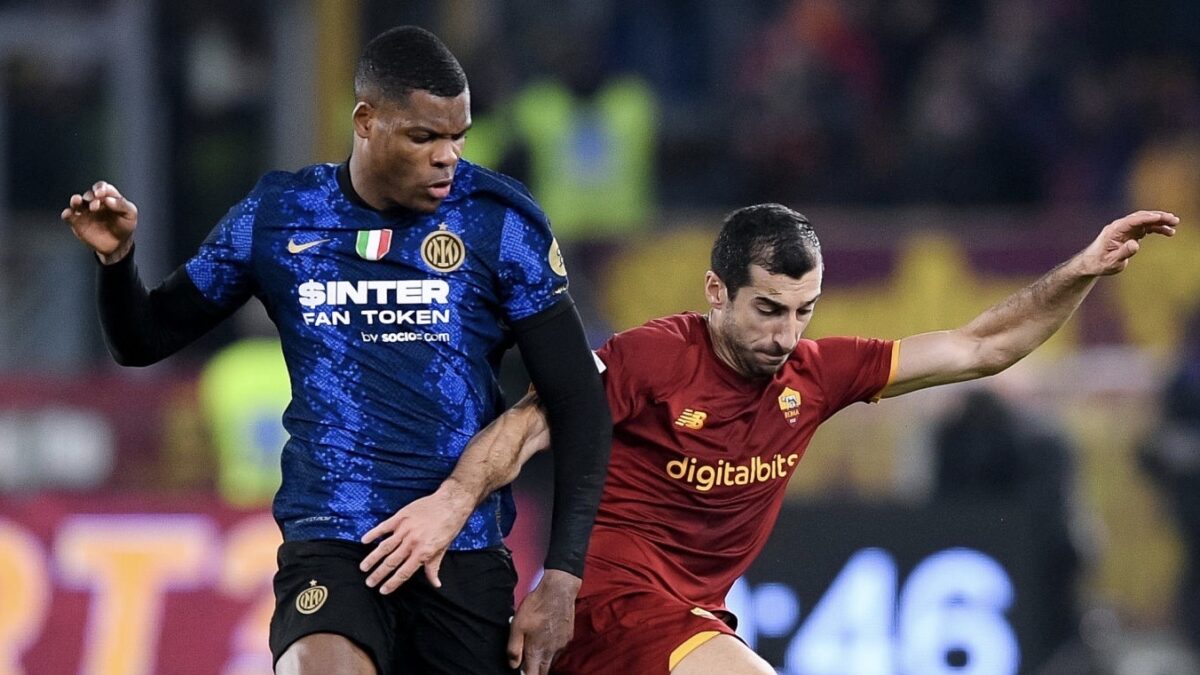 The title race has shifted into another gear in Italy with no fewer than four teams vying for the ultimate prize. Inter Milan has pulled itself within just one point of AC Milan in first place, while Atalanta’s result against Napoli has since propelled the Bergamo outfit to within touching distance of first place.

In England, title contenders Manchester City and Liverpool did not miss their opportunity to leapfrog Chelsea, overcoming Watford and Wolves. Thomas Tuchel’s men suffered their first defeat in 12 in all competitions, losing a hard-fought affair against West Ham United. Manchester United’s narrow victory over Crystal Palace rounded off this weekend’s action in England.

Der Klassiker stole the headlines in Germany, with Bayern Munich emerging 3-2 winners over Borussia Dortmund. RB Leipzig coach Jesse Marsch did not survive the sack following another defeat, as the German giants slid to 11th place.

In Spain, Atletico Madrid and Barcelona suffered surprising defeats at the hands of Mallorca and Real Betis. Real Madrid, by contrast, continued its hot start to the season with an impressive 2-0 victory over the in-form Real Sociedad.

Here is a closer look at the biggest results across Europe this weekend:

Liverpool resorted to late drama to overcome Wolves on Saturday with Divock Origi securing all three points in stoppage time. The Reds have been in rampant form since their defeat against West Ham United, winning four games in a row. Jurgen Klopp’s men currently find themselves in second place, just one point behind Manchester City setting up an intriguing slate of holiday fixtures.

Manchester City has retaken first place in the Premier League on Saturday, edging the newly-promoted Watford 3-1. Bernardo Silva was once again on target for the Citizens, registering a well-taken brace. Raheem Sterling opened the scoring for the English champions inside five minutes, rounding off a comprehensive victory. Manchester City cannot afford to get too comfortable, sitting just one point ahead of Liverpool.

Chelsea relinquished a first-half lead against West Ham United, losing its first Premier League in its last nine clashes. Thiago Silva’s opener was quickly cancelled out by Manuel Lanzini’s effort from the spot just five minutes before the half. Mason Mount restored Chelsea’s lead on the stroke of half-time, however, the Hammers demonstrated their resolve in the second half. Goals from Jarrod Bowen and Arthur Masuaku proved to be the difference, confirming West Ham’s top-four credentials.

The Ralf Rangnick era is off to a perfect start, with Manchester United impressing in a 1-0 win over Crystal Palace. Fred followed up his energetic performance in mid-week with another goal, sealing the victory with just over 10 minutes to play. Rangnick faces an uphill battle over the busy holiday season, currently trailing West Ham United in fourth place by three points.

Real Madrid capitalized on Atletico Madrid’s slip-up this weekend, recording its 12th win of the season. Vinicius Junior has been firing from all cylinders under Carlo Ancelotti and has shown no signs of slowing down, netting his 12th goal of the season. Luka Jovic got a goal of his own right on the hour mark, leading the Galacticos to an important three points. Real Madrid has a comfortable lead in first place, sitting eight points above Sevilla, having played one more game.

Atletico Madrid suffered a shock defeat against Mallorca on Saturday, slumping to a 2-1 loss against Luis Garcia Plaza’s side. Matheus Cunha fired the reigning champions ahead in the 70th minute, however, Diego Simeone’s men uncharacteristically dropped the result. Mallorca’s Franco Russo and Takefusa Kubo both found the back of the net to complete the turnaround, with the latter scoring a dramatic stoppage-time winner.

Xavi suffered his first setback since assuming the reins in Barcelona, with the Catalan giants losing a close game against Real Betis. Barcelona dominated possession but could not find the all-important breakthrough despite taking 12 shots. The visitors made them pay for their profligacy in front of goal with Juanmi beating Marc-André ter Stegen with just over 10 minutes to play. Xavi’s men currently sit in seventh place 16 points behind Real Madrid.

Controversy reigned supreme in Bayern Munich’s 3-2 victory over Borussia Dortmund, as Robert Lewandowski handed the Bavarian giants all three points with his effort from the spot. The Polish international brought his tally to 16 goals in 14 games in league action, condemning Dortmund to a disappointing defeat. Julian Nagelsmann’s men have since opened up a four-point lead atop the table.

Jesse Marsch managed his last game at RB Leipzig this weekend, losing his 6th game of the season. The German side found the equalizer via Christopher Nkunku shortly after Union Berlin’s opener, but couldn’t complete the comeback. Timo Baumargtl netted the crucial winner for the hosts, propelling his side just two points out of fourth place. RB Leipzig, on the other hand, is languishing dangerously in 11th place with just five wins in 14 games.

Jose Mourinho welcomed his former side Inter Milan into the Stadio Olimpico on Saturday, ending in a disappointing 3-0 defeat. Hakan Calhanoglu, Denzel Dumfries, and Edin Dzeko all etched their names on the scoresheet, leading the reigning champions to their fourth consecutive victory in league play under Simone Inzaghi. Summer signings Dzeko and Calhanoglu have largely led the charge in recent weeks, replacing the departed Romelu Lukaku and Achraf Hakimi with great aplomb.

Napoli had its sights set on redemption against Atalanta on Saturday, but could not see out the result in the second half. Gian Piero Gasperini’s men overturned an early deficit with two second-half strikes via Merih Demiral and Remo Freuler. Atalanta has turned it around following an inconsistent start to the new season and currently trails the league-leading AC Milan by just four points.

Juventus emerged comfortable winners in its clash against Genoa on Sunday, beating Andriy Schevchenko’s side 2-0. Juan Cuadrado opened the scoring with an Olimpico goal in the ninth minute, finding the back of the net directly from a corner. Paulo Dybala eventually put the tie beyond doubt in the 82nd minute, continuing his positive run of form with another goal. Juventus nonetheless remains seven points out of fourth place.