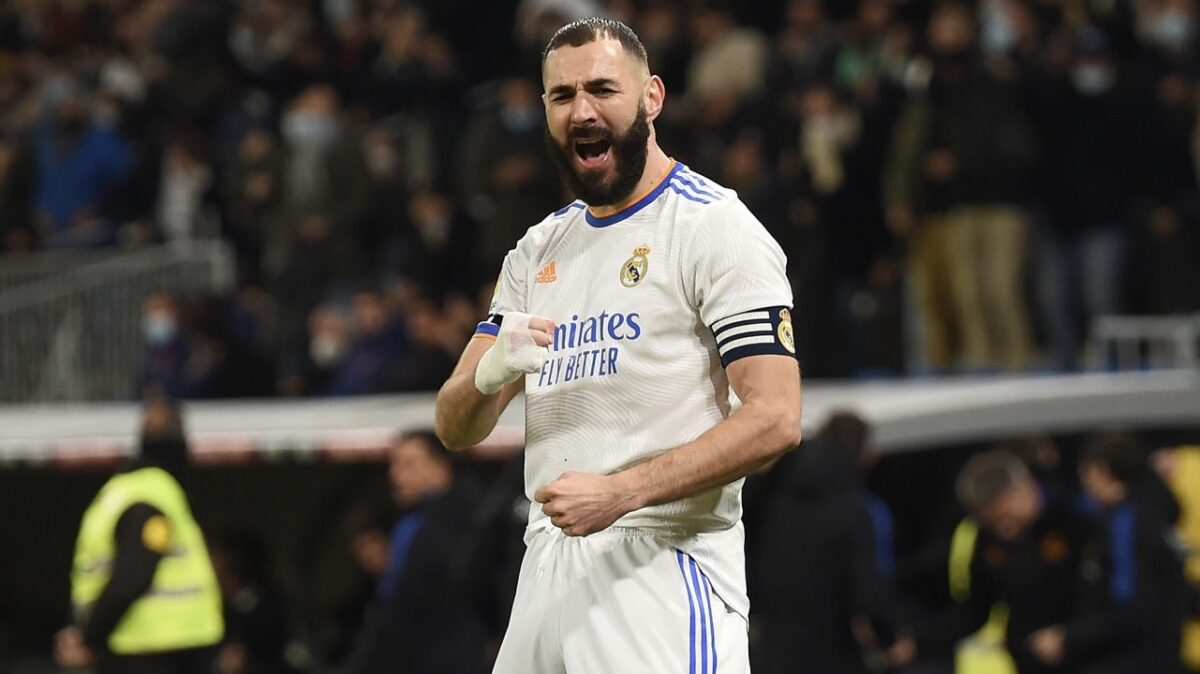 The return of Carlo Ancelotti has gone exactly as planned with Real Madrid steamrolling the competition in league action. The Spanish giants recorded a convincing win over Atletico Madrid on Sunday, extending their lead atop the league table to eight points.

Karim Benzema and Marcos Asensio were both on the scoresheet at the Santiago Bernabeu, leading Real Madrid to seven consecutive wins in La Liga. Barcelona’s poor run of form continued on Sunday, sharing the spoils with Osasuna in a 2-2 draw.

Bayern Munich came from behind in its clash against Mainz, opening up a six-point advantage over Borussia Dortmund. Marco Rose’s side slumped to a disappointing draw against VFL Bochum, with Julian Brandt scoring a late equalizer. Elsewhere, RB Leipzig thumped Borussia Moenchengladbach 4-1, winning its first clash in league action in four.

In Italy, Juventus dropped yet another two points in a 1-1 draw against Venezia, while Napoli had struggles of its own against the newly-promoted Empoli, losing 1-0. Inter Milan and Atalanta confirmed their title credentials with wins over Cagliari and Hellas Verona respectively.

Here is a closer look at the biggest results across the soccer world this weekend.

Manchester City put in yet another dominant display in Premier League action this weekend, eventually finding the all-important breakthrough against Wolves. Raheem Sterling dispatched his effort cooly from the spot, leading the Citizens to a critical three points. Pep Guardiola’s men have won their last six games in league play and currently hold a one-point lead over Liverpool in second place.

Liverpool picked up its fifth straight Premier League win on Saturday, overcoming Aston Villa 1-0. Mohamed Salah spoiled Steven Gerrard’s return to Anfield after he was hauled down by Tyrone Mings inside the box. The Egyptian international slotted his effort expertly past a helpless Emiliano Martinez, propelling the Reds within one point of first place. Liverpool will next take the field on Thursday against Newcastle United.

Chelsea was forced to resort to late drama in its clash against Leeds United, emerging 3-2 winners in an enthralling five-goal affair. Mason Mount and Jorginho restored Chelsea’s lead after going down early, however, the Blues’ lead would be short-lived. Joe Gelhardt stunned Thomas Tuchel’s men levelling the affair with just under 10 minutes to play. Chelsea demonstrated its resolve, eventually claiming all three points via a Jorgino penalty.

Manchester United continued its recent upturn in form under Ralf Rangnick’s leadership against Norwich City, winning its third straight game. Cristiano Ronaldo netted his seventh goal in league action from the spot, bringing the Red Devils within just one point of West Ham United in fourth place. The defeat condemns the Canaries to another weekend at the bottom of the Premier League.

Real Madrid extended its unbeaten run to 13 in all competitions, overcoming Atletico Madrid 2-0. Karim Benzema has been firing on all cylinders to start the new season, registering 13 goals and seven assists in 16 appearances. Asensio put the tie beyond doubt in the nation’s capital, handing Diego Simeone’s men their second straight loss in La Liga. Atletico Madrid has since fallen to fourth place 13 points behind Real Madrid.

Barcelona dropped points for the second consecutive game under Xavi, conceding a late equalizer against Osasuna. Nico Gonzalez and Abde Ezzalzouli etched their names on the scoresheet, but the Catalan giants could not see out the result. Ezequiel Avila found the all-important equalizer with under five minutes to play, forcing Barca to split the points at the El Sadar. Xavi’s men currently sit in eighth place, 18 points behind Real Madrid in first place.

Bayern Munich was forced to come from behind in its clash against Mainz, eventually picking up all three points. Karim Onisiwo handed the visitors an unlikely lead in the 22nd minute, but Mainz was unable to hold on. Kingsley Coman restored parity shortly after the restart before Jamal Musiala completed the comeback with just over 15 minutes to play. Bayern Munich currently sits in first place, six points ahead of Borussia Dortmund.

Borussia Dortmund squandered another opportunity to apply pressure on Bayern Munich, drawing the newly-promoted VFL Bochum 1-1. Sebastian Polter opened the scoring from the spot in the 40th minute, sending Gregor Kobel the wrong way from 12 yards out. Julian Brandt inevitably levelled the game in the 85th minute, rescuing an important point on Saturday.

Domenico Tedesco picked up a comprehensive 4-1 win in his first clash as RB Leipzig manager. The German giants put four past a struggling Borussia Moenchengladbach side with four different goalscorers. Josko Gvardiol, Andre Silva, Christopher Nkunku, and Benjamin Heinrichs all found the back of the net, jumping from 11th place to seventh.

Inter Milan took first place for the first time this season, beating Cagliari 4-0 on Sunday. Lautaro Martinez brought his tally to 10 on the year with a well-taken brace against the Sardinian side. Hakan Calhanoglu and Alexis Sanchez’s strikes rounded off yet another comprehensive display, leading Inter Milan to its fifth straight win in Serie A. Simone Inzaghi’s men currently hold a one-point lead over AC Milan in second place.

AC Milan resorted to late drama in its clash against Udinese, with Zlatan Ibrahimovic’s stoppage-time goal securing an important point. Beto continued his breakout season for the Friuli-based side, netting his seventh goal of the season in the 17th minute. AC Milan has struggled in recent weeks, dropping points in three of its last five games. Pioli’s men nonetheless remain just one point off of first place.

Napoli lost its second consecutive game in Serie A, slumping to a 1-0 draw against Empoli. Aurelio Andreazzoli’s men have proven they have what it takes to compete with the league’s finest, emerging close winners over Juventus, and most recently Napoli. Luciano Spalletti’s side has slid down to fourth place after a hot start to the season but only sit four points adrift first place.