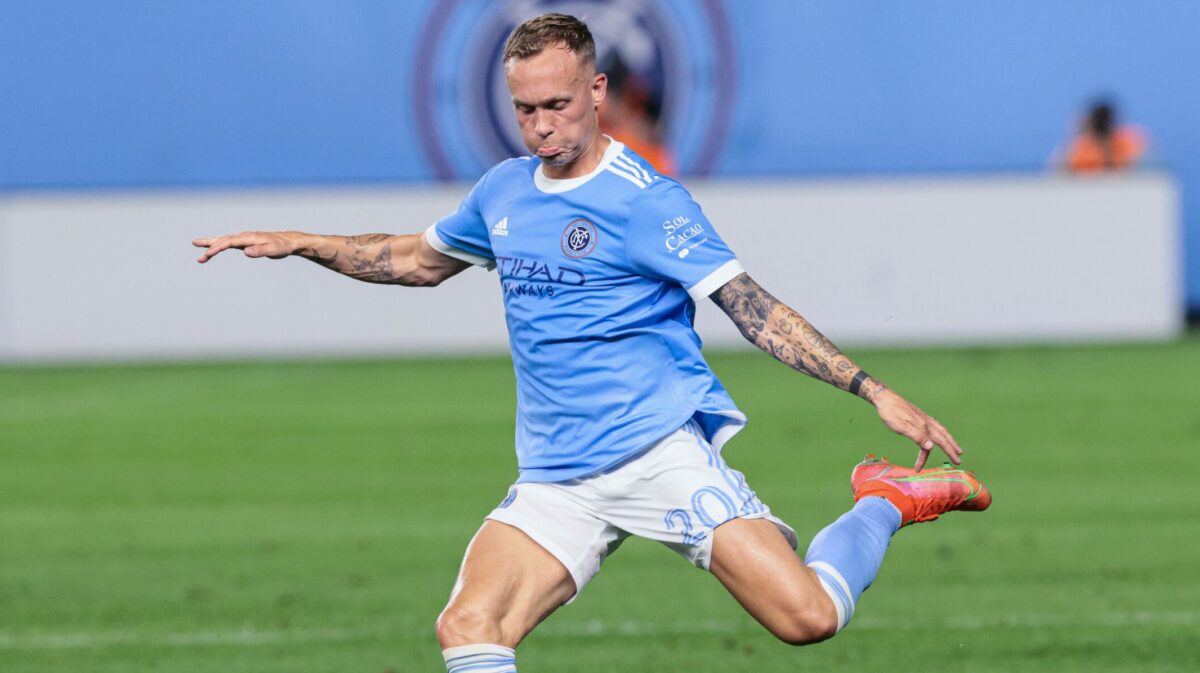 Gudmundur Thorarinsson was there again.

He was there for New York City FC in late October when the team was spiraling, scoring a late free kick to scrape a point at Atlanta.

He was there in extra time vs. New England, setting up Taty Castellanos’ go-ahead goal.

And he was there, yet again, Sunday afternoon, picking the pocket of Olivier Mbaizo and supplying the assist for Talles Magno’s game winner vs. Philadelphia.

Thorarinsson hasn’t always been first choice in New York, and NYCFC’s eight-game unbeaten run has come entirely with Malte Amundsen in the starting lineup. Thorarinsson reminded of his quality vs. the Union.

“I think it just shows what a top player he is,” his teammate James Sands said. “I think the competition between him and Malte has been great all year and they’ve really pushed each other. So now in the playoffs you’re getting the most out of both of them.”

Thorarinsson’s competition with Amundsen is a mark of a team with true depth. And though the Dane has recently grabbed the starting role, Thorarinsson has been a protagonist several times this season.

When the Icelandic international buried the free kick vs. Atlanta United, the club were on the brink of a five-game scoreless run, and fighting to merely stay in a postseason place. That he even had the chance to deliver again in an Eastern Conference final shows just how catalyzing that moment was.

“Gudi’s stepped up in a lot of big moments for us… It’s been a journey that each and every person in the locker room knows the importance of,” captain Sean Johnson said after the game.

All three substitutes made an impact vs. the Union, and Ronny Deila said they looked like “a “million dollars” after the game. But something about Thorarinsson’s assist in particular — from nearly the same spot as his ball to Castellanos vs. New England — speaks to this team’s doggedness.

For Magno’s goal, a player who has recently lost his starting place fought to steal the ball and delivered an inch-perfect pass. The willingness of Thorarinsson and others to buy into diminished roles is a reason this team is now an MLS Cup finalist. Past NYCFC iterations may have lacked those types of characteristics.

Thorarinsson may not start vs. Portland, but he has already provided two massive moments this postseason. By Johnson’s telling, those types of moments were set in motion back in Atlanta.

“In tough moments, we stuck together,” Johnson said. And the season’s definitely brought us closer together. Those moments matter, and those moments change the course of a season.”