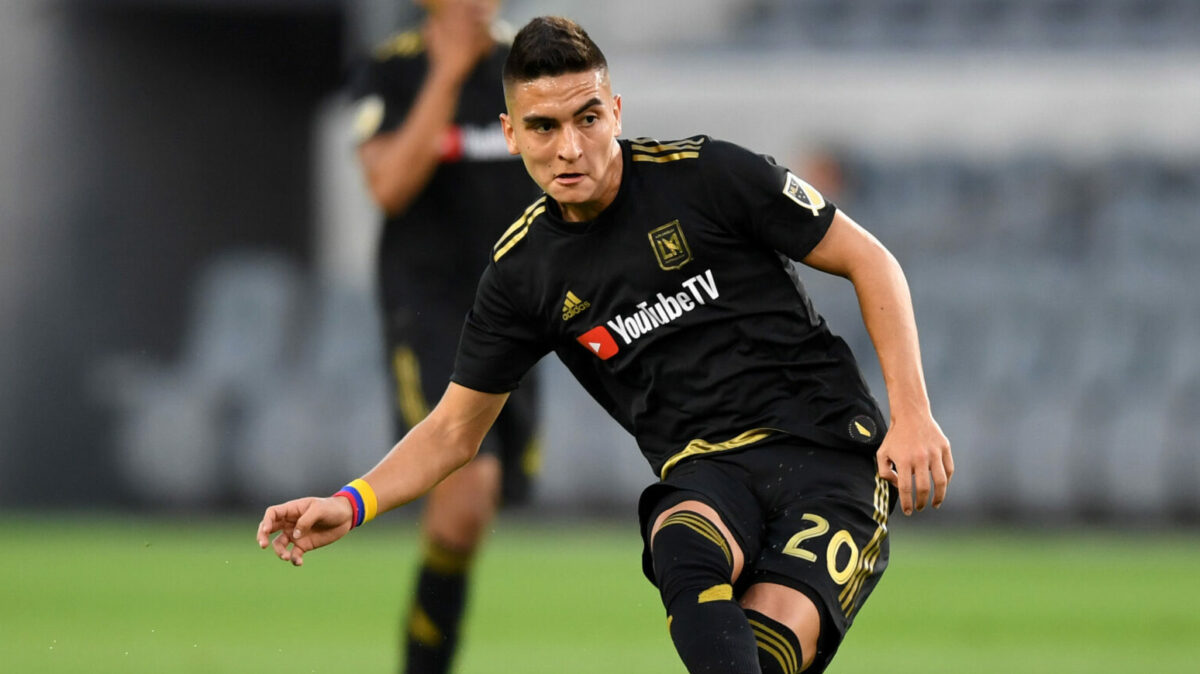 LAFC is already in an unfamiliar situation heading into the MLS offseason and will now be losing one of its top talents this winter.

The Western Conference club officially announced the transfer of Eduard Atuesta to Brazilian side Palmeiras. LAFC is expected to receive $4 million from Palmeiras, a figure that could rise to $7 million if incentives are met, ESPN reported.

The 24-year-old Atuesta has been a key figure in the LAFC midfield since arriving on loan from Independiente Medellin ahead of the 2018 MLS season. The Colombian was eventually acquired permanently by LAFC and since has totaled 109 appearances with nine goals and 23 assists.

Atuesta helped lead LAFC to the 2019 Supporters’ Shield crown, while also earning Best XI honors that same season. The midfielder contibuted two goals and eight assists in 24 appearances in 2021, but was unable to help LAFC reach the MLS Cup Playoffs.

LAFC made a pair of roster moves on Sunday, acquiring right back Franco Escobar in a trade with Atlanta United, and trading away goalkeeper Pablo Sisniega to 2022 expansion side Charlotte FC.

LAFC also continues its search for a new head coach after Bob Bradley departed this fall for Toronto FC.,