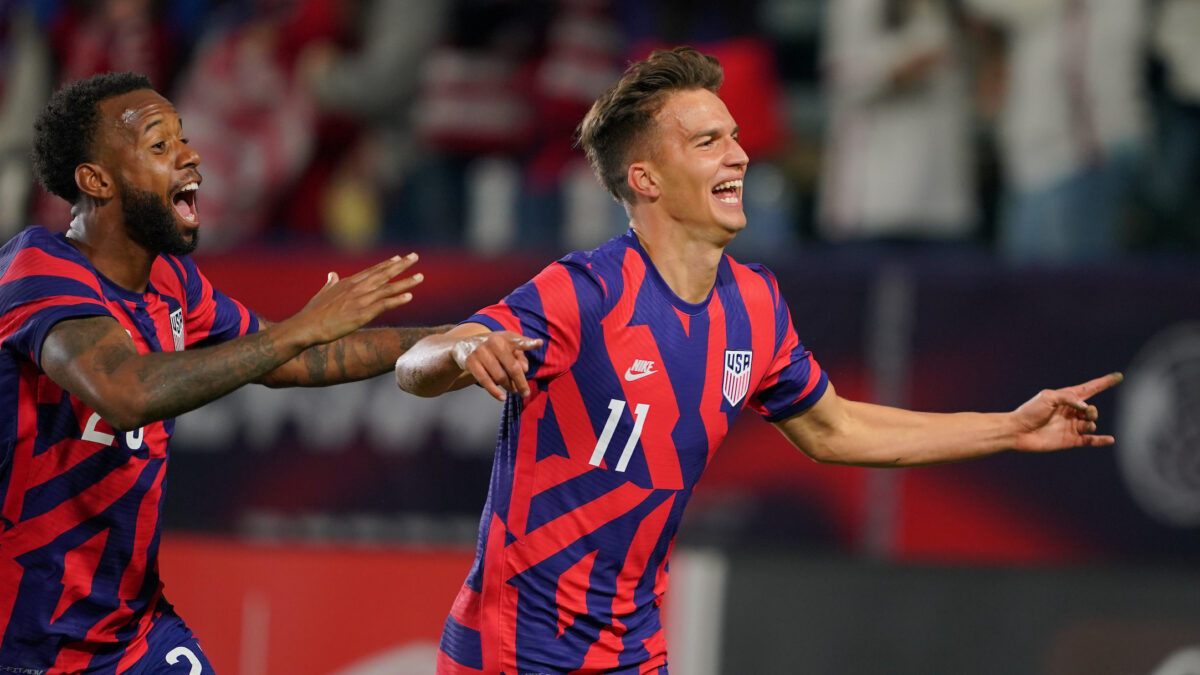 The U.S. men’s national team’s last game of 2021 brought a few new faces into the fold, including Colorado Rapids youngster Cole Bassett, who capped his USMNT debut with a winning goal to close the year out in record-setting fashion.

Bassett struck in the 89th minute off a rebound of a shot from fellow USMNT debutant Jonathan Gomez to help give the USMNT a 1-0 victor at Dignity Health Sports Park in Carson, California.

The friendly win caps off an exceptionally successful 2021 for the USMNT. The squad won the 2021 Nations League with an epic victory over Mexico, then went on to win the 2021 Gold Cup before following that up with a strong start to World Cup Qualifying.

The USMNT played the second half on Saturday up a man, after a red card for Bosnian midfielder Amar Begic in the 40th minute left Bosnia and Herzegovina shorthanded.

The red card helped the USMNT dominate possession, with a 73.5% edge, and threaten Bosnia with 10 shots and three shots on goal. However, Bosnia managed nine shots with three on target through only 26% of possession.

Much of the USMNT’s attacking play, especially in the first half, came from Jordan Morris, who made his first USMNT cap since Nov. 20, 2019. Morris suffered an ACL injury that kept him out the entire MLS regular season, but thrived down the right wing in Saturday’s game. He directed a cross toward goal during the first half, but Bosnian goalkeeper Nicola Cetkovic made a point-blank save.

USMNT fans saw a handful of young players in the friendly. Brooks Lennon earned his first career USMNT cap with a start at right back. Bryan Reynolds, a 20-year-old right back who plays for AS Roma, also earned his first cap when he entered the match as a substitute for Lennon in the 62nd minute.

Berhalter brought new faces on with substitutions, but started more familiar players. Acosta, whose 21st appearance in 2021 makes him the first USMNT player since 1994 to earn 21 caps in a calendar year, started alongside experienced players such as Matt Turner, Christian Roldan and Walker Zimmerman.