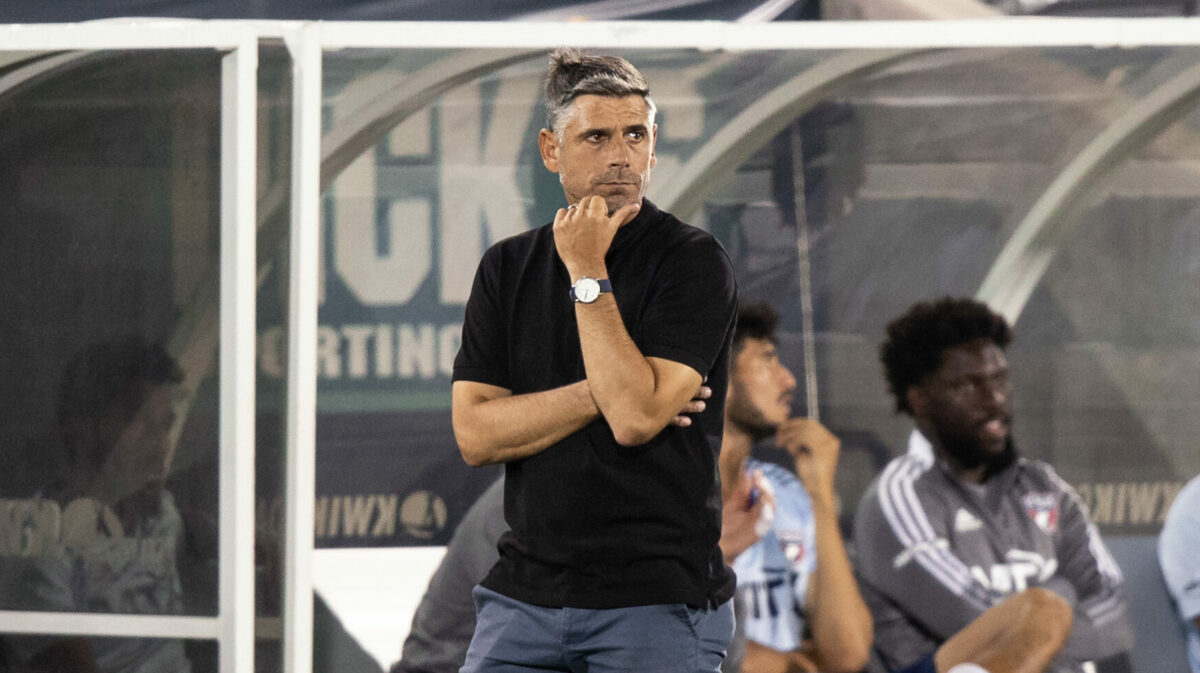 The U.S. men’s national team may have lost once of its assistant coaches in the figure of Nico Estevez, but didn’t waste any time in filling his spot on Gregg Berhalter’s staff.

Former FC Dallas head coach Luchi Gonzalez is finalizing a deal to take Estevez’s spot on the USMNT coaching staff, Berhalter confirmed Friday in a conference call with reporters. Gonzalez was also previously linked with the then-vacant USMNT Under-20 head coaching job earlier this fall, but instead will be with the senior team once paperwork is completed.

“Regarding Luchi, his paperwork is being finalized so we weren’t able to give an announcement today, but he will be joining as an assistant coach bearing any last-minute snag,” Berhalter said.

Gonzalez served within FC Dallas’ program since 2012, first being the club’s academy director from 2012-18 before becoming head coach for the past three MLS seasons. Gonzalez earned the opportunity to work with plenty of FC Dallas’ top academy graduates including Weston McKennie, Chris Richards, and Reggie Cannon before coaching current players Ricardo Pepi and Jesus Ferreira over the past few seasons.

This new opportunity with the USMNT will be his first on the international level while Estevez was recently announced as Gonzalez’s replacement at FC Dallas on Thursday.

Estevez will embark on his first head coaching position since serving as interim manager of La Liga club Valencia in 2013 for two matches. Estevez worked with Berhalter at the Columbus Crew from 2017 to 2018 before eventually joining Berhalter’s staff with the USMNT in 2019.

Estevez has served in a number of roles during his coaching career in both Spain and the United States and is the latest Berhalter assistant to take over an MLS franchise, following Josh Wolff, who left the USMNT to become head coach of Austin FC. Although it will be a new situation for Estevez as FC Dallas aims to turn their fortunes around, Estevez has the backing of his colleague to succeed at the next level.

“I just want to acknowledge Nico Estevez and talk about how proud we are of him getting the FC Dallas job, it’s a great step in his career,” Berhalter said. “When I got let go from Hammarby I got to stay in Europe and travel and I got to watch Valencia’s training sessions and was really impressed by Nico’s organization and we got to share ideas and stayed in touch ever since.

“When he was done working with Valencia he gave me a call and came to the Columbus Crew as Director of Methodology on a one-year contract so he really gambled on himself, but with the great work he did, was able to get promoted as an assistant coach,” Berhalter said. “Really proud of him and his dedication and we know he is going to do a great job with FC Dallas.”