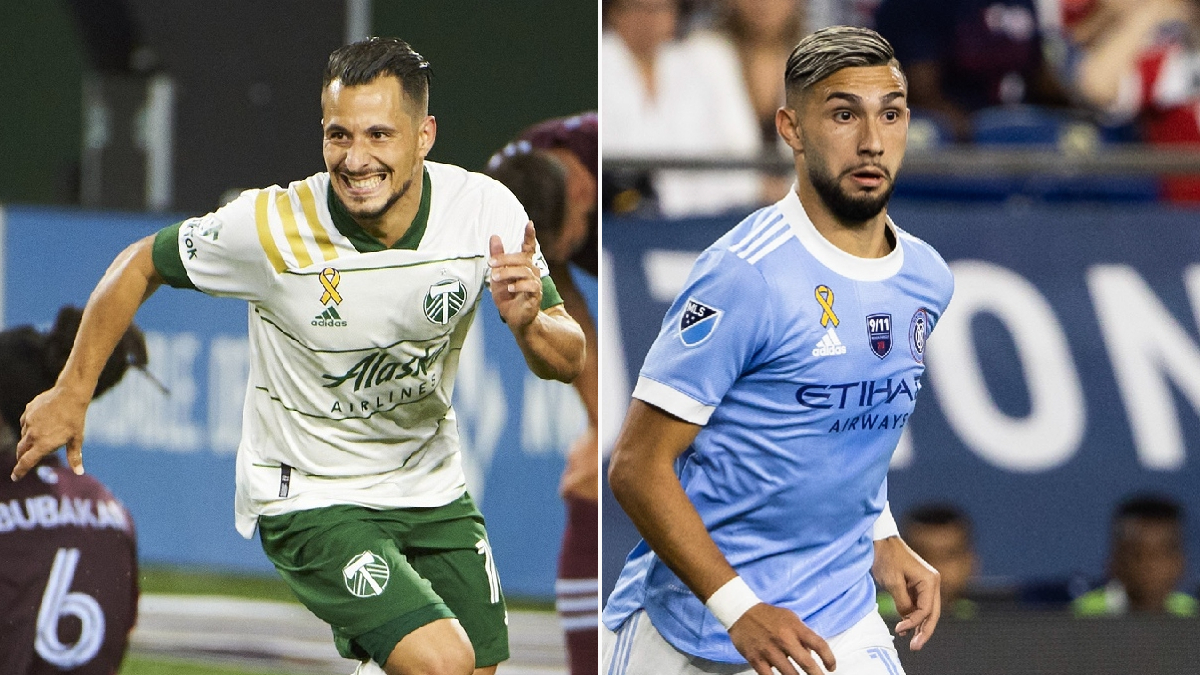 The Portland Timbers already have an MLS Cup in their trophy case, but that isn’t keeping the Cascadia club from joining New York City FC in having the chance for a history-making moment in Saturday’s MLS Cup Final.

For the hometown Timbers, Saturday is a chance to win an MLS Cup at home. The 2015 MLS Cup title triumph will always have its place in Timbers history, but winning on Saturday, in front of the raucous crowd at Providence Park, could produce one of the most memorable moments in MLS history.

New York City FC isn’t in Portland just to play spoiler, but rather to lift its first championship, and potentially boost its profile in a market where MLS has always struggled for attention. Beating arch-rival New York Red Bulls to winning a first MLS Cup would offer permanent bragging rights, and put a dream cap on a season that threatened to go off the rails as recently as October.

Here is a closer look at Saturday’s MLS Cup finale:

Did not meet in 2021. Portland finished with a 14W-4D-13L regular season, which was good for fourth place in the Western Conference. NYCFC’s 14W-9D-11L line was also good for fourth in the East.

Those words should be music to Portland fans’ ears because that’s how Blanco assessed his fitness on Thursday. He picked up an injury in the Western Conference semifinal against Colorado and went unused on Sunday against Real Salt Lake.

The 33-year-old Argentine midfielder led Portland with 14 goal contributions (seven goals and assists each) and his status was by far the biggest question heading into the game. If his words are true, he will be running the show for the timbers.

The one they call “Taty” had his best season in his four-year MLS career to date. The 23-year-old striker’s 19 goals were good for the 2021 Golden Boot honors, and his eight assists placed him only behind Moralez in the NYCFC ranks.

He’ll need to keep his cool, though. In the famous Eastern Conference semifinal win over New England, he needlessly earned himself a second yellow in added time which would have been a major talking point if NYCFC failed to reach Saturday’s stage.

Winning the midfield will be key. More on that in the outlook.

Chara will be Portland’s first line of defense in the effort to bust up New York City’s robust attack, and if he can get the better or Moralez it will reduce the stress of the backline and take away a route that NYC is probably looking to rely on upon through the middle.

You have probably already seen his wonder strike from the final week of the regular season.

The golazo shows how creative he can be, and it was the cherry on top of the 29-year-old Colombian’s best season in Portland to date. He was a part of the 2015 championship in his first season, and he’ll be playing a much bigger role on Saturday. Like Castellanos, he’ll need to avoid a second postseason red card, though.

On behalf of NYCFC, there is also a striker that should be regarded as a sleeping giant.

Héber’s 15-goal foray into MLS as a newcomer in 2019 was a broadcast of how dangerous the Brazilian can be, but his 2020 and 2021 pale in comparison as he missed significant time due to an ACL tear. He only played 95 minutes in the regular season and has obviously taken a back seat to Castellanos for the moment.

But, they used to play in tandem and if NYCFC finds itself with its back against the wall, expect the 30-year-old to be called upon as a difference-maker up top.

With no head-to-head matchups to revisit and both sides finishing fourth in their conference, the margins are thin in declaring either side a clear-cut favorite.

Their paths to the final mirror each other exactly: Opened the playoffs at home, defeated the top seed on the road, and took care of business against weaker sides in the semifinal to string two road wins together.

So, will home-field advantage even play a part? Timbers fans might like to think that, but you can’t exactly unsee NYCFC’s heroic quarterfinal win at Gillette Stadium to knock out the New England Revolution, which was by far the best team in the league this year.

It’s the MLS Cup, and it wouldn’t be fun if it was predictable. Portland and NYCFC complement each other. As mentioned above, the better midfield will likely dictate the winner’s success when you look at it like this: Portland has a more diverse offense, and NYC has a much better defense, but keep in mind it is by slim margins.

They each amassed 56 goals in the regular season, but Castellanos’ 19-goal tally was the bulk of it for NYC. Only Castellanos (27) and Jesús Medina (13) ended the season with a +10 goal+assist tally. Portland was led by Felipe Mora’s 16, but shared the wealth with Asprilla (13), Blanco (14), and Yimmi Chara (13).

On the flip side, there isn’t much parity in the teams’ defensive performances in 2021. NYCFC has a sixth-best goals allowed rate (36) compared to Portland’s 52 which placed them at a lackluster 16th, behind several non-playoff contestants.

There isn’t much of an argument to be made about strength of schedule, either. The East and the West hardly intersected this year.

So, Portland must contain Castellanos. NYCFC must make it a group effort. The battle in the midfield will control the tempo, and you can toss a coin.

Diego Chara and Cristhian Paredes will be holding down the Portland defensive midfield, James Sands and Alfredo Morales for New York City. Both are enviable units for any team across the league.

The Timbers will enter as favorites due to home-field advantage and their experience edge, but NYCFC has the weapons to spoil the party in Portland and help make it a final for the ages.