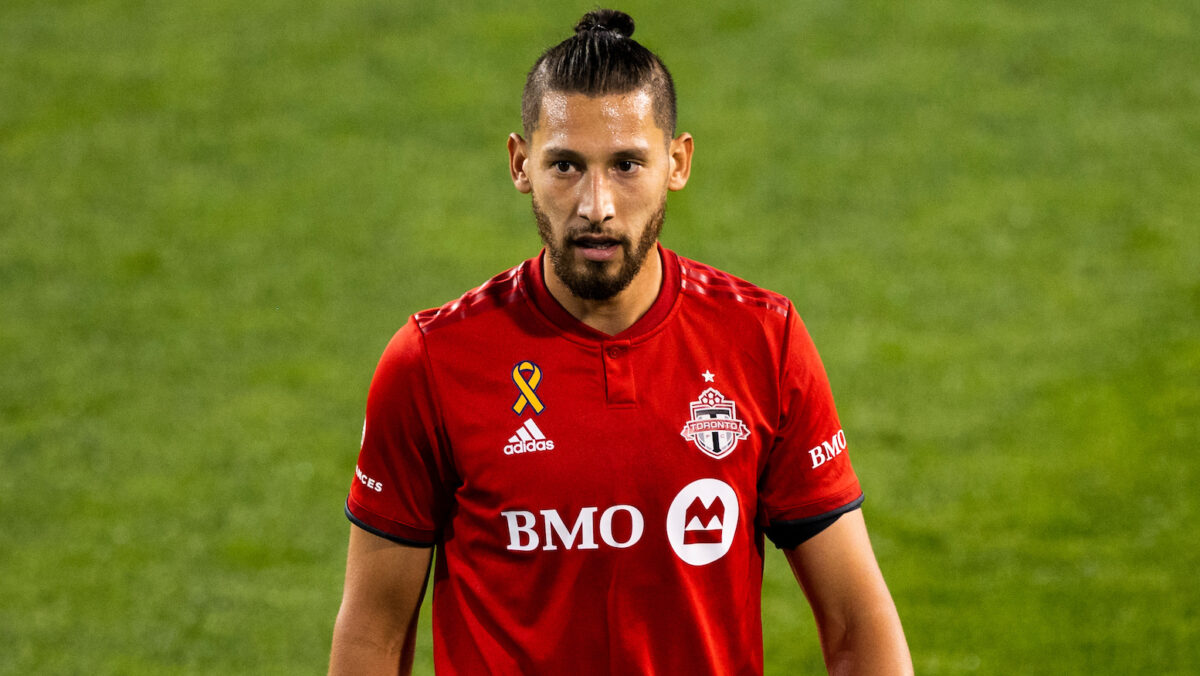 Once again, Bruce Arena has gone back to the well of former LA Galaxy players as the Revs announced signing of free agent center-back Omar Gonzalez on Tuesday.

Gonzalez, 33 spent the last two seasons with Toronto FC, but was the 2011 MLS defender of the year and was an integral part of three MLS Cup winning seasons during Bruce Arena’s tenure with the LA Galaxy.

The third pick in the 2009 MLS Superdraft, Gonzalez brings 10 years of MLS experience to the reigning Supporters’ Shield winners and has also been capped 52 times by the U.S. men’s national team.

Gonzalez is the second former LA Galaxy player to be added by the Revs this offseason after midfielder Sebastian Lletget was acquired for up to $800,000 in general allocation money earlier this month. Gonzalez and Lletget join AJ Delagarza and Ema Boateng as players who also worked with Arena in Los Angeles.

The Houston Dynamo found its new starting goalkeeper with the free agent signing of Steve Clark on Wednesday.

Clark signed a two-year deal with the Dynamo, which includes club options for both 2024 and 2025. The 35-year-old is coming off an appear in MLS Cup with the Portland Timbers, where he helped the Timbers win the Western Conference before falling to New York City FC on penalty kicks.

Clark has registered 44 clean sheets across 184 regular-season appearances during his MLS career, which includes at D.C. United and the Columbus Crew. His move to the Dynamo was a necessary one for the club following the departure of Marko Maric earlier this offseason. C

Clark joins Michael Nelson as the only two signed goalkeepers heading into 2023.

After being hired in November as the head coach of FC Dallas, Nico Estevez has filled out his coaching staff ahead of his first season in Dallas.

Assistant Coaches Peter Luccin and Drew Keeshan are staying with FC Dallas after being part of Luchi Gonzalez’ coaching staff while Javier Cabello and Ben Cross join as new assistants.

Estevez has also leaned on his ties to Spain to fill out his staff, naming Miguel Villagrasa as his head of performance. Villagrasa joins FC Dallas from Elche CF where he was their conditioning coach and has spent time with Valencia and Celta Vigo.

On the same day Toronto FC lost a veteran defender in Omar Gonzalez, the club filled his spot with another veteran in Shane O’Neill.

O’Neill joined the Canadian club on Wednesday, signing a three-year deal with TFC through 2024. The 28-year-old makes the move to Canada from the Seattle Sounders, which he played for during the last two seasons.

O’Neill has also played for Orlando City and the Colorado Rapids, totaling 121 appearances over his MLS career.

The former U.S. youth international defender is the first signing for TFC under new head coach Bob Bradley. TFC missed the playoffs in 2021, finishing in 13th place and 20 points out of the final playoff spot.

Max Urruti linked with a move to Austin FC

Urruti brings a wealth of experience to Austin, winning the 2014 MLS Cup with the Portland Timbers plus a Supporters Shield and U.S. Open Cup trophy with FC Dallas in 2015.

The Chicago Fire continued to stay busy this offseason with a Homegrown signing on Wednesday of one of its exciting, young talents.

Victor Bezerra signed a Homegrown deal with the Fire through the 2024 season with a club option for 2025. The 21-year-old becomes the club’s 23rd Homegrown player to sign with the first team and ninth to do so since January 2020.

A native of Chicago, Bezerra was a standout forward in the Chicago Fire Academy before spending three years at Indiana University where he scored 28 goals across all competitions.

Bezerra was a MAC Hermann Trophy runner-up during his sophomore season in the Big Ten Conference, after winning both the conference’s regular season and tournament titles. During his junior year, Bezerra led the Hoosiers to a record-17th College Cup, where the Hoosiers made it through to the Round of 16 before falling in overtime to the University of Washington.

Bezerra will look to be a part of Ezra Hendrickson’s squad this season as the Fire aim for a rebound.

The Columbus Crew made a pair of changes to its coaching staff on Wednesday, hiring Eric Quill and promoting Blair Gavin to Caleb Porter’s staff.

Quill joins the Crew after serving as the head coach for USL League One side North Texas SC while Gavin has been promoted internally. Quill fills the void left by Ezra Hendrickson, who took over as the new head coach of the Chicago Fire.

Gavin joined the Crew prior to the start of the 2021 season as the First Team Video Coach Analyst from Phoenix Rising FC of the USL Championship, where he spent the 2018-2020 seasons as an assistant coach. A former first round draft pick of Chivas USA as a player, Gavin fills a position that opened up following the departure of Ben Cross, who was recently announced as an assistant coach for FC Dallas.