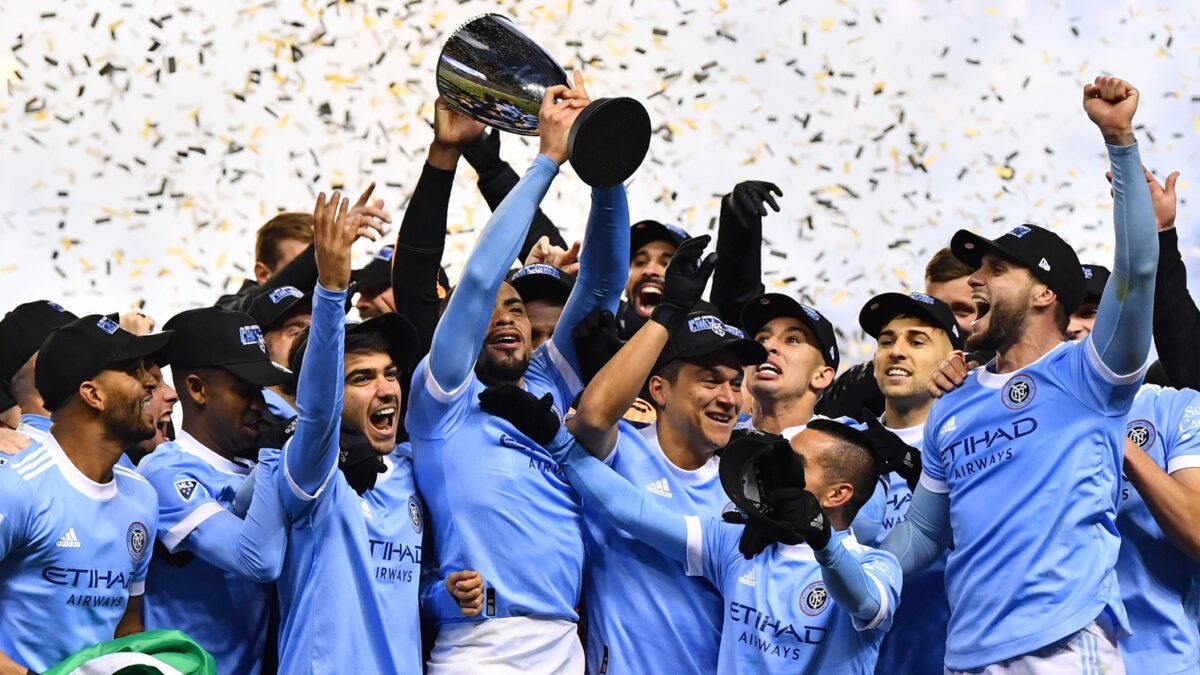 New York City FC’s recent MLS Cup final victory has given the team ammunition in its fight for a stadium of its own, and New York City’s newly-elected mayor has declared his support

Adams told the New York Post that looking for a stadium site for the 2021 MLS Cup champions is on his agenda.

“My administration will re-engage in discussions to explore the possibility of siting a new soccer stadium to serve as a permanent home for the team,” Adams said.

The New York Post also reported through its sources that Adams’ taking over as mayor could lead the city to revive its plans to build a 25,000 seat stadium in the South Bronx, which would be part of a $1 billion mixed-use development. The Post reported that two other plans, one in the Bronx and one at Willets Point in Queens, could also be considered.

The Yankees, part-owners of NYCFC along with City Football Group, had planned on building a new stadium as part of a wide-ranging South Bronx plan to include affordable housing, retail space, a hotel and a new school. That plan fell apart when the Yankees sought to guarantee it would receive 5,400 parking spaces to accommodate fans. The Post’s reporting now reveals that the Yankees pushed for a legal guarantee for parking, and the deal could be reintroduced.

““We are … very encouraged by Mayor-elect Adams, who gets the importance of bringing real private investment into these communities, and who seems genuinely committed to creating jobs in this city when they are really needed,” said Yankees President Randy Levine.

The South Bronx plan for a $1 billion mixed-use development is just the latest among several scrapped stadium plans in NYCFC’s history. Early on, plans were in the works for a stadium in Manhattan near Hudson River Park. Local opposition stopped the plan from going ahead, then a plan started in 2012 to build a stadium in Queens, but negotiations failed. Subsequent plans for stadium at Columbia University, Harlem River Yards and Belmont Park all failed.

Plans for the South Bronx site originally began in 2013 under Mayor Mike Bloomberg, then they were revived under Bill de Blasio in 2018 before talks between the city and the Yankees broke down.

NYCFC has played at Yankee Stadium since the club’s inception in 2015. Yankee Stadium had been originally meant as a temporary home while the club looked for a site for a new stadium, but that initiative has stalled as the task has proven difficult.

NYCFC played some matches in the 2021 season at Red Bull Arena, the home of the rival New York Red Bulls, in Harrison, New Jersey. In 2022, NYCFC is set to split its home games at Yankee Stadium, Red Bull Arena and Citi Field in Queens, where the New York Mets play.

Major League Soccer commissioner Don Garber had no update on NYCFC’s stadium situation in his State of the League address in early December. But he expressed confidence in NYCFC’s currently ability to sell tickets in Yankee Stadium and said the league will continue to explore stadium solutions.

“We’ve got to get it right,” Garber said. “It’s not easy to build stadiums in large cities, and New York is the largest in our league. I’m confident in time they’ll be able to have a stadium of their own. I hope I am still commissioner at that time.”