Sergino Dest sidelined due to groin, back injuries 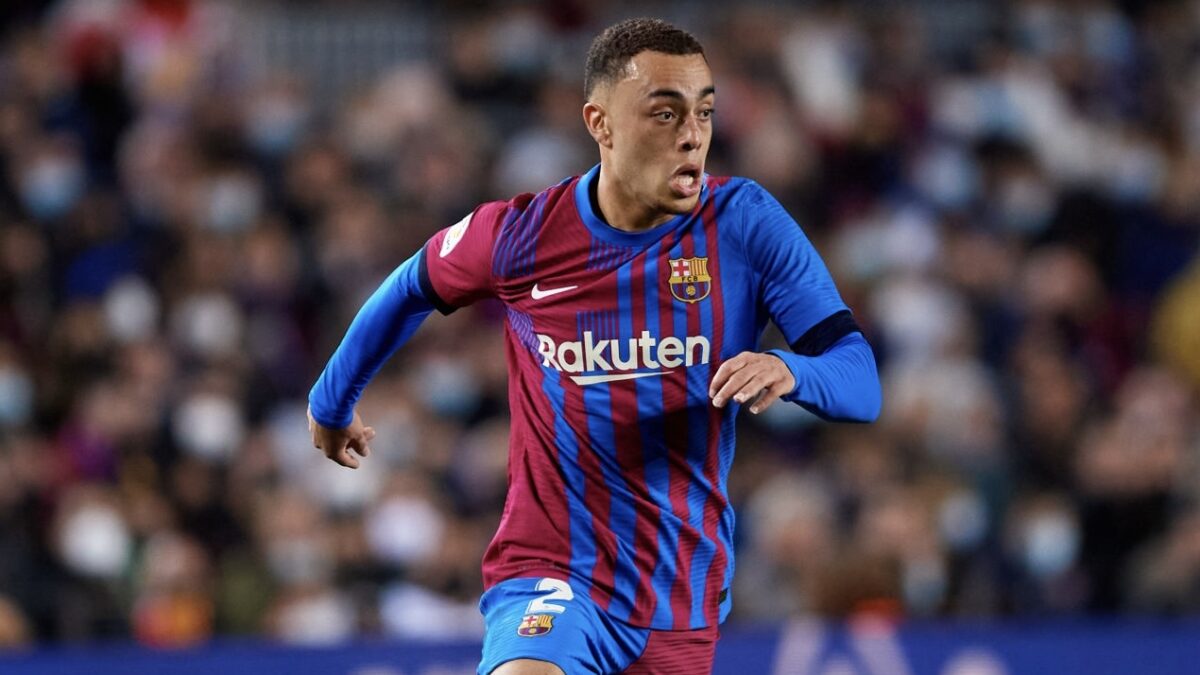 Sergino Dest has endured a frustrating few weeks at La Liga club Barcelona and now it looks like the American defender will be sidelined to start the new year.

Barcelona boss Xavi Hernandez confirmed Monday in his prematch press conference that Dest is out due to both back and groin problems. The U.S. men’s national team fullback first had been dealing with back pain and now is dealing with an adductor injury, ruling him out of Tuesday’s league trip to Sevilla.

“His problem is physical, otherwise we would have used him more,” Xavi said Monday. “He has had severe low back pain, now his adductors have overloaded. It’s not a mental or football issue, but he is not well, he is not ready to play. It is a physical problem, nothing more.”

Dest last started for Barcelona in a 4-2 penalty shootout loss to Boca Juniors in a December 14th friendly to honor the departed Diego Maradona. The USMNT right back played 64 minutes in the match, which was his third start this month under the former club legend.

The 21-year-old only earned four minutes of playing time in November for his club, failing to play in a Champions League win over Dynamo Kyiv and a league triumph over Villarreal. Dest started for Barcelona in a December 4 loss to Real Betis, the club’s first head-to-head loss to Betis since 2018.

Dest has been linked with a move away from Barcelona this January as the club aims to recoup funds for a boost up the table in Spain’s top-flight. Bayern Munich, Manchester City, and AS Roma have all been mentioned with the young defender over recent weeks. Barcelona currently sits in eighth place, with only seven wins out of its opening 17 league matches.

His new injury could be costly with the USMNT resuming World Cup Qualifying in late-January. Gregg Berhalter’s side sit in second place behind Concacaf leaders Canada, but will have two winnable home matches against El Salvador and Honduras, in addition to a road trip to Hamilton to face the Canadians.

Barcelona will visit Sevilla on Tuesday before entering a short holiday break over the next two weeks.