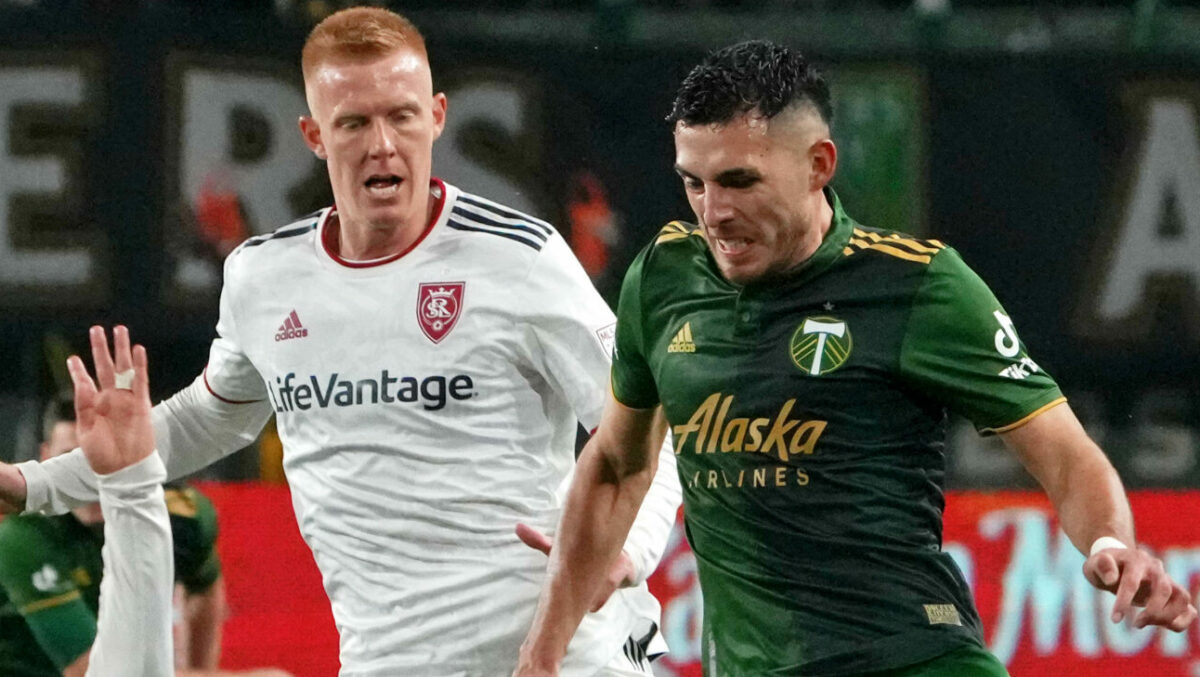 The Portland Timbers have been one of the hottest teams in MLS since the All-Star break and that trend continued in a big way on Saturday night in the Western Conference Final.

Felipe Mora and Santiago Moreno scored for Giovanni Savarese’s side as the Timbers down Real Salt Lake 2-0 at Providence Park to win the Western Conference. The Timbers will play host to the winner of Sunday’s Eastern Conference Final between the Philadelphia Union and New York City FC on December 11.

It didn’t take long for the party to get started in Portland as the Timbers broke the deadlock in the fifth minute. A failed clearance from RSL right back Aaron Herrera deflected off of Mora’s foot and beat David Ochoa to the bottom-left corner, giving the hosts an early advantage.

Yimmi Chara and Moreno each had chances denied by Ochoa later in the half, while RSL’s lone first-half opportunity came to 2021 leading-scorer Damir Kreilach. However, Steve Clark denied the Croatian international his first goal of the playoffs and kept the Timbers ahead at halftime.

Moreno iced the victory for the Timbers in the 60th minute, using a great period of ball control before unleashing a right-footed missile outside of the box. The forward’s shot rattled the left post before deflecting in off of Ochoa’s back, giving the Timbers their insurance goal.

RSL’s comeback hopes evaporated in the 78th minute as right back Aaron Herrera received a second yellow card for a challenge on Marvin Loria. Herrera’s first booking came in the 57th minute after a rough foul on Cristhian Paredes near the corner flag.

Clark finished the match with three saves as the Timbers extended their record to 12-3-1 since the start of September across regular season and playoff action.

Portland will be seeking its second MLS Cup title and first since 2015, playing host in the final for the first time in club history.