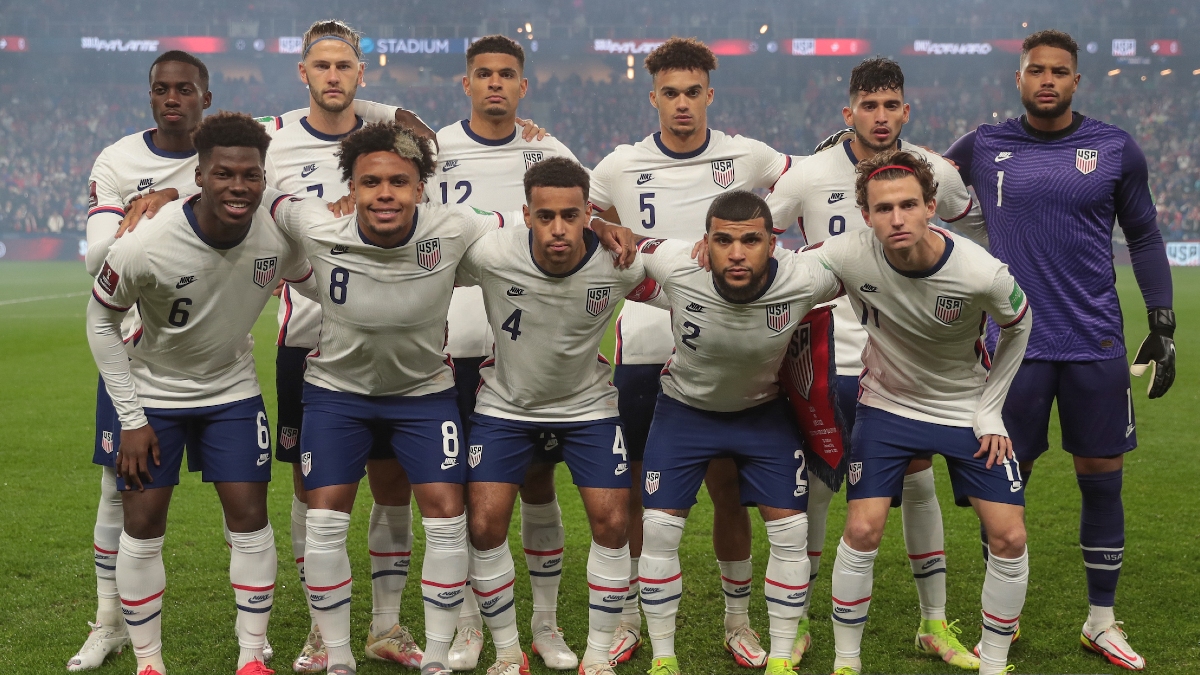 The year U.S. men’s national team fans have been waiting for ever since their team missed out on the 2018 World Cup is finally here, and while the trauma of missing out on the previous tournament might make some fans wary of looking too far ahead, USMNT supporters have plenty of reason to believe their team will be in Qatar when action begins in November.

The Americans are off to a good start in World Cup qualifying, and while there is still work to be done, Gregg Berhalter’s side is a clear favorite to secure a World Cup berth, and could get very close with a strong showing in the next set of qualifiers, starting January 27 against El Salvador.

SBI is bringing back an old tradition where we project the USMNT World Cup roster each month leading up to the tournament, to give fans a sense of where the team stands, and to highlight the players we can see playing their way into the picture.

The projected USMNT World Cup squad isn’t meant to be the 23-man roster that would make the tournament if it began today, but rather a look ahead at how we see the roster coming together with the remaining months ahead, and factoring in how the player pool is evolving.

There are plenty of things that can change between now and November, from injuries to the emergence of new players, and the loss of form and/or playing time, but SBI will provide a monthly projection to offer a sense of where things stand as we get closer to the 2022 World Cup.

This trio is locked in right now, and as long as Ethan Horvath is stuck on the bench at Nottingham Forest it is unlikely this group changes if it stays healthy.

The big debate will continue to be whether Steffen remains the top choice or if Turner can overtake him. Sean Johnson is coming off a career year and has solidified his place in the top three.

There are plenty of good battles to be fought in the coming months in the defensive positions. Central defender is pretty wide open, with John Brooks currently on the outside of Berhalter’s plans. He remains part of our projection because we see him playing his way back into the picture and Berhalter will want to have at least a couple of players with some World Cup experience.

It won’t be easy though, not with a wave of young talents making their own cases, such as James Sands and Mark McKenzie. Aaron Long will eventually be back fully healthy and could play his way back into the conversation too.

DeAndre Yedlin makes the cut as the second right back, behind Sergiño Dest, though Joe Scally’s emergence will definitely put pressure on that spot. Yedlin’s World Cup experience has to be seen as a plus, and if he is still playing at a high level come the fall, that could give him the edge as one of the veterans Berhalter calls on.

Could Jonathan Gomez be a wild card as a left back? He’s heading to Spain to join Real Sociedad, and while making the jump to a La Liga first team is a steep one, Scally’s success in Germany has shown us that it isn’t impossible for an American teenager to find success as a fullback in Europe.

George Bello gets the nod as Antonee Robinson’s primary backup at left back, but Sam Vines might actually have the current edge with his consistent minutes for Royal Antwerp. The Bello-Vines battle will be a good one to follow, especially if Bello winds up making a winter move to Europe.

The starting trio of McKennie, Adams and Musah is pretty set, but the other spots in midfield are very much open. Busio has found success in Italy, but it hasn’t translated into many USMNT minutes yet. Lletget and Acosta have settled in as Berhalter favorites, but can they hold off younger options in the pipeline, like Richie Ledezma, Alex Mendez and Cole Bassett if they start to thrive in Europe in the coming months?

Something else to consider is that there are some top options capable of playing in midfield or on the wing, such as Gio Reyna and Brenden Aaronson, so the midfield pool has to contend with the potential competition coming from the winger pool. If enough in-form wing options emerge, Berhalter could choose to slide an Aaronson and/or Reyna into midfield spots.

Most of these names are easy to see being locked in if healthy and in form, but we know how tough it has been for that group to stay healthy, so depth will be important as we get closer to the World Cup.

The striker position is one to watch intently, with Josh Sargent struggling to score goals and Daryl Dike completing a move to West Bromwich Albion. If Dike can continue to score goals in England, he will put himself into contention to be Ricardo Pepi’s primary backup for the USMNT, and even potentially challenge to start if Pepi struggles with his move to Bundesliga side Augsburg.

Sargent could very well still play his way back into the picture, not only as a member of the team but as a potential starter again, but he needs to start scoring goals for Norwich City. Jordan Pefok is also a player who shouldn’t be written off, particularly if Dike and Pepi don’t thrive with their new teams.

The winger positions could be a crowded bunch, with Jordan Morris a very strong candidate to challenge for a place if he can stay healthy and regains his pre-injury form. Konrad De La Fuente is an intriguing prospect who has shown glimpses on the club level, but has yet to make a real statement with the USMNT. There is also Matthew Hoppe, who is struggling for consistent playing time, but has the talent to make a surge up the depth chart if he can start earning some regular minutes.

What do you think of this 23-man roster? Who missed the cut that you would want to see on the team? Who made the squad that you are happy to see included?