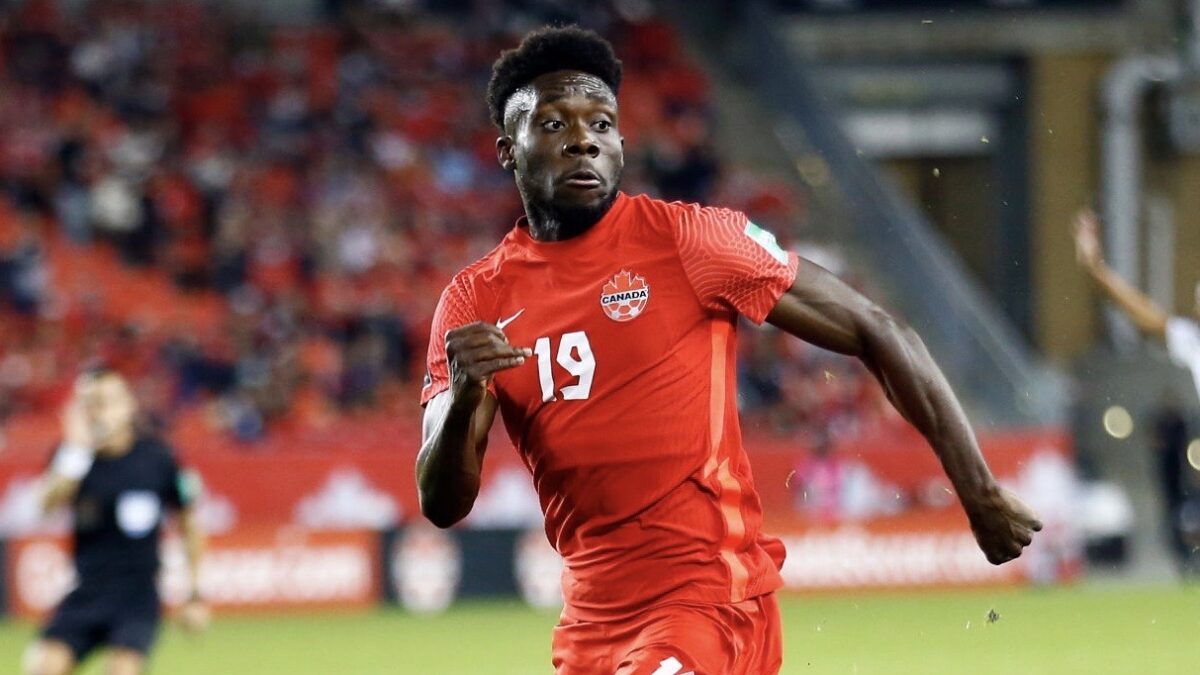 Alphonso Davies has yet to play a minute of soccer in 2022, and the timetable for his return to action is now in doubt after scans revealed heart inflammation following a recent bout with COVID-19, which will rule him out of Canada’s upcoming World Cup qualifiers.

Bayern Munich manager Julian Nagelsmann confirmed the news to reporters on Friday, revealing that a recent scan uncovered inflammation in Davies’ heart that will require him to rest and miss an undetermined amount of time, and will keep him out of Canada’s upcoming qualifiers.

“Yesterday, during our follow-up examination that we do with ever player that has had Covid-19, we detected signs of mild myocarditis, i.e. an inflammation of the heart muscle,” Nagelsmann said. “He has stopped training for now, so he won’t be available to us for the next weeks.

“This myocarditis isn’t too dramatic based on the ultrasound, but more simply signs of an inflammation,” Nagelsmann added. “Nevertheless, it needs to heal and that will no doubt take some time.”

Just how much time remains to be seen, and while Nagelsmann didn’t give any specifics as far as timetable, the Canadian Soccer Federation confirmed on Friday that Davies will miss Canada’s upcoming qualifiers, on January 27 at Honduras, January 30 at home against the United States, and on February 2 at El Salvador.

Losing Davies is a major blow for the Canadians, who currently sit in first place in the Concacaf World Cup qualifying standings as they seek their first trip to the World Cup since 1986. Canada is still favored to qualify, but a pair of upcoming road qualifiers in Central America, coupled with a tough match-up against the U.S. men’s national team, could complicate things for John Herdman’s squad.

The Canadians aren’t lacking attacking options, even without Davies, who has been their most productive player throughout qualifying. Lille striker Jonathan David and Besiktas striker Cyle Larin give Herdman a pair of big threats at striker, while Tajon Buchanan has emerged as a very dangerous wing threat and recently completed his move to Club Brugge.

The Davies news comes as Canada is already dealing with Covid-related issues relating to the team’s preparations for upcoming qualifiers. Travel restrictions in Canada could force the team to hold its upcoming training camp in the United States, and there is some doubt over whether or not fans will be allowed to attend Canada’s upcoming qualifier against the USMNT.

The good news for the Canadians is they are in first place in Concacaf qualifying, currently one point ahead of the United States and two points ahead of Mexico and Panama.

The USMNT resumes World Cup qualifying on January 27 in Columbus, Ohio against El Salvador before traveling to Canada for their January 30 showdown. The Americans wrap up the upcoming qualifying window with a home match in Minnesota against Honduras.