Alyssa Naeher “100%, no restrictions” in return to USWNT camp 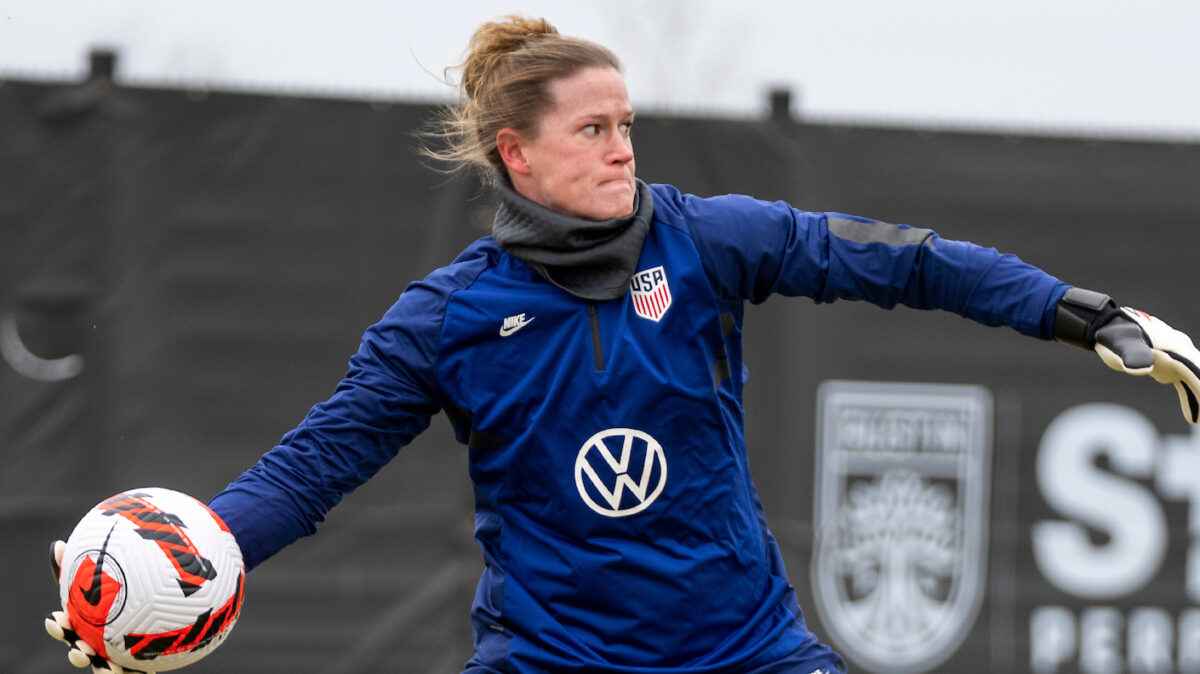 In the ever-changing landscape of the U.S. women’s national team starting XI picture, it is becoming clear that head coach Vlatko Andonovski is swiftly turning the page to the future.

A noticeably younger 26-woman roster is together for the USWNT’s training camp in Austin, the first of the new year.

Some stars of yesterday will be reduced to supporting roles in 2022, but there are still some veteran players surrounded by speculation. Goalkeeper Alyssa Naeher and her penalty-saving superpowers serve as an example of one spot that might not need any page-turning quite yet.

The 33-year-old is in camp for the first time since suffering a bone contusion in the Olympics over the summer and is one player fans have been curious about.

Naeher offered assurance that she is well on her way to return to her natural starting position when speaking with media on Monday.

“I’m 100%. No restrictions. Not holding anything back from that perspective,” Naeher said. “So now it’s just getting back up to speed … cleaning back up the technical pieces and obviously, I think the biggest thing is there’s always going to be little habits or things that pop back up after some time away, so obviously identifying those and working to kind of work those things back out.

“But I think for me … I’m excited to be healthy. It’s been a long, long recovery. And I’m excited to get back in with the group and to put my head down and just get back to work.”

Naeher was struck with injury at a time when she was thriving and her efforts up until arguably kept the USWNT in the picture to earn the Bronze medal over the summer.

After stopping three penalty kicks from the Netherlands (2019 World Cup finalists), Naeher had to come off in the first half against Canada in the semifinals when the game was still scoreless.

The Canadians went ahead in the second half and marched on to claim the Gold medal.

The timing of the setback played a part in fueling Naeher’s recovery.

The Austin training camp is not directly tethered to any upcoming games.

Naeher is in a troop of three goalkeepers, alongside Casey Murphy and Aubrey Kingsbury [formerly Bledsoe]. The 26-woman roster excludes several stars that could start when the SheBelieves Cup comes around next month, but the absence of Olympic backup Adrianna Franch might indicate Naeher is set to return to her starting role in 2022.

“I think it’s an exciting group. You know, January camp is always that where, you know, it’s just a grind. And for me … it’s just to get back in and get back to playing like I know that I can, and obviously, that’s going to take a little bit of time just to get back up to full speed. But I feel great.”

The Americans host the SheBeleives Cup in February, where they are looking to win the competition for a third consecutive time. If they are able to accomplish the three-peat, it would be the first in the competition’s seven-year history.