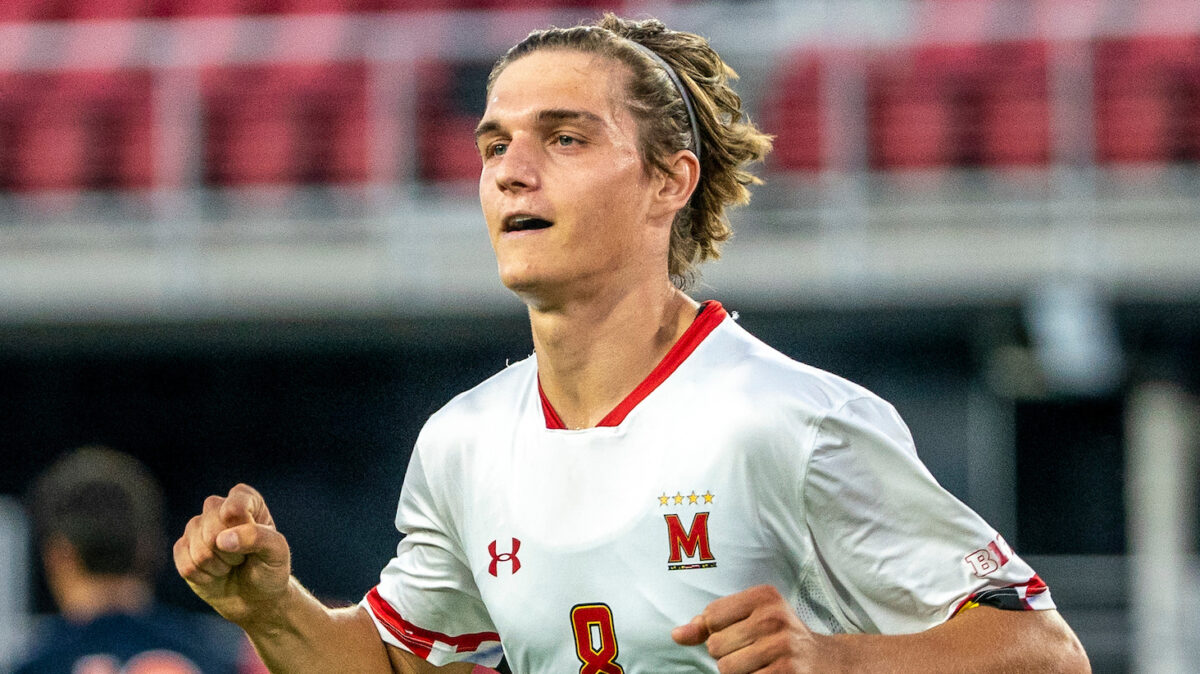 Charlotte FC is hoping to hit the ground running as it prepares to begin life in MLS and No. 1 overall pick Ben Bender after being the club’s first-ever draft pick.

Bender, the top selection in Tuesday’s 2022 MLS Draft, excelled at the University of Maryland over his two seasons there and now prepares for his first taste of professional soccer. The attacking midfielder earned All-American honors during his sophomore season in 2021 at Maryland and was also named Big Ten Midfielder of the Year.

After delivering back-to-back impressive seasons for the Terrapins, Bender is ready to show more of what he is capable of as an attacking player at the next level.

“My best attributes as a player, and I think what you can expect, is my vision and my passing, putting attacking players into really good positions,” Bender said in a conference call with reporters on Tuesday. “So, putting really dynamic strikers or wingers into goal-scoring positions and getting on the end of those. I love making the final run, the third-man run and picking up some goals like that too. So, I think that they can expect some of that stuff.

“My preferred position would be a box-to-box midfielder,” Bender said. “I think that I’m best when seeing the whole field and linking the play, linking the backline, midline and the front guys.”

Bender hasn’t shied away from the bright lights during his career, being an All-American in high school at Calvert Hall College High School in Towson, Maryland before translating his achievements to the collegiate level. Bender scored two goals and led the Terrapins in shots with 27 during his freshman season in the Big Ten before leading Maryland with five goals and four assists in 2021, helping the team register a 11-2-1 record.

He now comes into a Charlotte FC squad that features experienced MLS players including Yordy Reyna, Joesph Mora, Harrison Afful, and Anton Walkes. The expansion team still has plenty more spots open to fill before Charlotte FC opens its regular season schedule on February 26, but Bender is ready to soak in everything he can from the opening match.

“I’ve had some good conversations with the club recently,” Bender said. “I know that the style of play in Charlotte is going to be very attacking-minded, it’s going to be one where we want to control the game and make it really difficult for the opponents. It’s one where you really want to dominate the game on all levels.

“I’ve heard from some of the coaches that the players are really, really good,” Bender said. “I know the midfield is really good, that’s something specific they’ve said, so if I’m not going to play in the beginning I’m certainly going to be learning and taking it all in from them. So, it’s a really good learning opportunity and development opportunity.”

The 20-year-old will have plenty of pressure on him to live up to expectations as the No. 1 overall pick, but is confident in himself to help Charlotte FC be competitive from Matchday 1. Charlotte FC will face D.C. United, the L.A. Galaxy and Atlanta United in its opening three matches, providing three early opportunities to show the league it belongs with the rest of the big boys in MLS.

“Every time there’s a new team that enters the league, I think that the whole city is just super excited and ready to go,” Bender said. “I know the fans of Charlotte are going to be itching to see the team win and win right away and I think that coming into an expansion club is a good scenario for me. I think I have the ability to make an impact, so I’m just really excited to hit the ground running.”