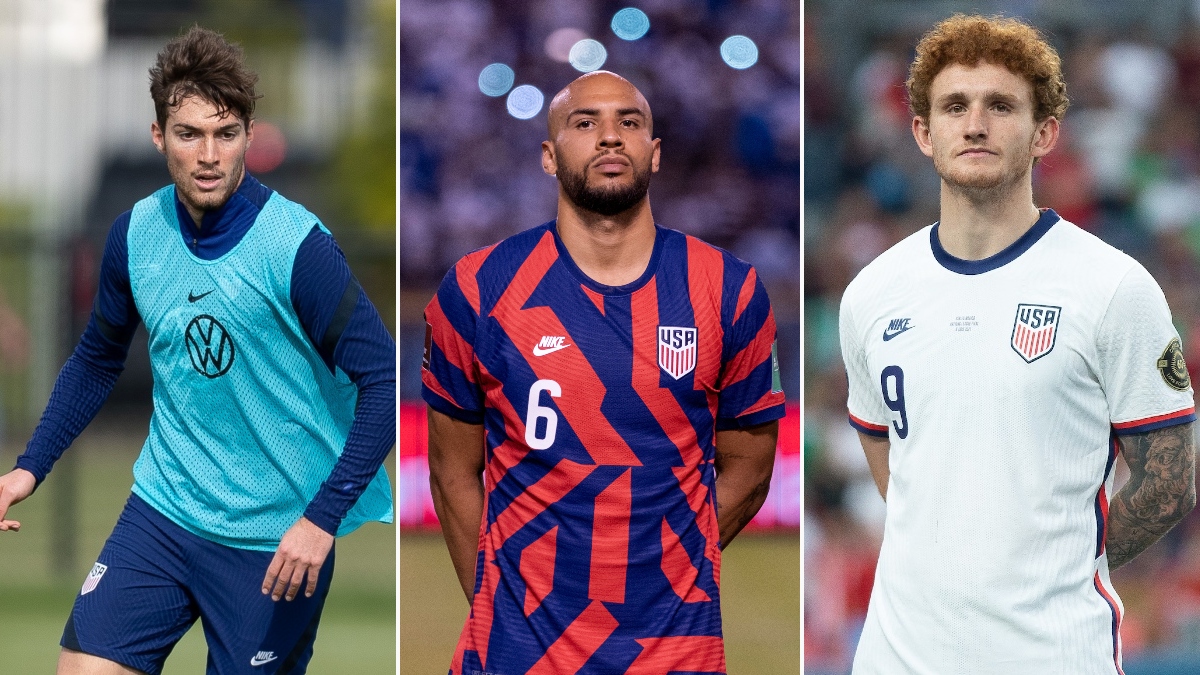 There were some absences due to injury (Gio Reyna) and Covid (Gianluca Busio), but there were others that are down to Berhalter’s preferences, and some of those could be best described as surprising.

The John Brooks omission wasn’t that surprising this time around now that the novelty of his status as an outcast has worn off. It was still a surprise to some given his improving form at Wolfsburg, but it has become clear that Berhalter is focused on other central defense options, meaning Brooks is looking at a tough road back.

Another player who has been waiting for a return is Josh Sargent, and his omission from the latest USMNT roster had been public for a matter of minutes before Sargent scored his first two English Premier League goals to end a lengthy goal drought.

Something to consider before diving into the biggest names missing from the latest USMNT roster is that there could be some cases of players who were left out due to their Covid situation, whether a recent infection or incomplete vaccinations. Gianluca Busio was identified as one player who was originally called in only to have a COVID positive rule them out.

Here is a closer look at some of roster decisions Berhalter made, and the potential logic behind some of the choices:

John Brooks has been in better form for Wolfsburg, and has started four straight in league play, though Wolfsburg has continued to struggle. The steady playing time hasn’t done enough to convince Berhalter to bring him back into the fold, sticking with McKenzie, who has made the most of his opportunities with the USMNT.

If there was a surprise, it was because of McKenzie’s lack of playing time at Genk before this past weekend, when he made his first start of the new year. Ultimately, Berhalter hasn’t forgotten that Brooks struggled against Canada and Honduras last September, and decided McKenzie is a better fit as a quicker defender.

Is this the end for Brooks as a USMNT player? Berhalter is continuing to be diplomatic about things, but it feels more and more like Berhalter is okay going with younger and more athletic centerbacks, and it will take Brooks recapturing his dominant form of a year ago to force his way back into the USMNT picture.

These two don’t play the same position, but clearly if Vines had been called in over Cannon, then Dest could focus on playing right back. Cannon’s return shouldn’t be all that surprising given the fact he has re-established himself as a regular starter at Boavista, where he has been playing well.

You can make an argument that Vines could have been called in ahead of Yedlin given Yedlin’s recent lack of playing time at Galatasaray, which he is expected to leave this month, but Berhalter wasn’t about to leave Yedlin’s experience off the roster. He has called on Yedlin in multiple situations where he has come through with solid outings.

Scally’s rapid rise at Borussia Moenchengladbach was one of the stories of the Fall, and his integration into the USMNT was highly-anticipated even though he is still just 18. Unfortunately for Scally, he contracted Covid early in January, and it kept him out action.

In steps Brooks Lennon, who took part in December and early-January USMNT camps and showed enough to earn a call-up as an extra fullback on a roster with a total of four players who are right backs.

So why would Berhalter go with Lennon over Scally? Scally has the edge in versatility, and you can make the case for him being better defensively, but Lennon has better attacking qualities, and Berhalter would most likely be looking for some attacking punch off the bench and could use Lennon as a late-game option.

This decision wasn’t that surprising given Sargent’s goal-less rut prior to Friday’s outburst, and Ferreira’s inclusion in the November USMNT qualifying roster, but it still merited scrutiny even before Sargent’s brace.

Not having a true striker backup in November was a bit puzzling, though clearly Berhalter wanted to have another chance to look at Ferreira as a false nine. Ferreira’s return for the full January squad suggests Berhalter liked what he saw, and the inclusion of Gyasi Zardes as a more traditional back-up striker gave Berhalter some additional cover to continue his experiment.

It was easy enough to write off Sargent’s exclusion to his lack of goals before Friday, but the fact he was continuing to earn starts should have earned him a call-back, even if he has spent more time in a wide role for Norwich City lately.

If Sargent can build off his recent goals, then a March return is well within reach. After all, it was just a year ago when he was the USMNT’s first-choice striker.

This one seems silly to point out now after Dike’s recent injury, which will keep him out for two months, but it shouldn’t be forgotten that Zardes was called up ahead of Dike before the injury.

Did Dike deserve a look after an outstanding MLS season and quick integration into the West Bromwich lineup? You can absolutely make an argument for it, but it is also fair to assume Berhalter preferred to go with Zardes’ experience and greater familiarity with the USMNT system. This despite Zardes not playing much in the final quarter of 2021 due to injury.

Dike’s injury will cost him his chance at finally making a World Cup qualifying appearance, but he is very much a player who will be eyeing a jump ahead of Zardes on the USMNT depth chart as we draw closer to the World Cup later this year.

What did you think of these roster decisions? What player were you must unhappy with being left off the USMNT squad? Which of these decisions do you consider to be the least controversial?