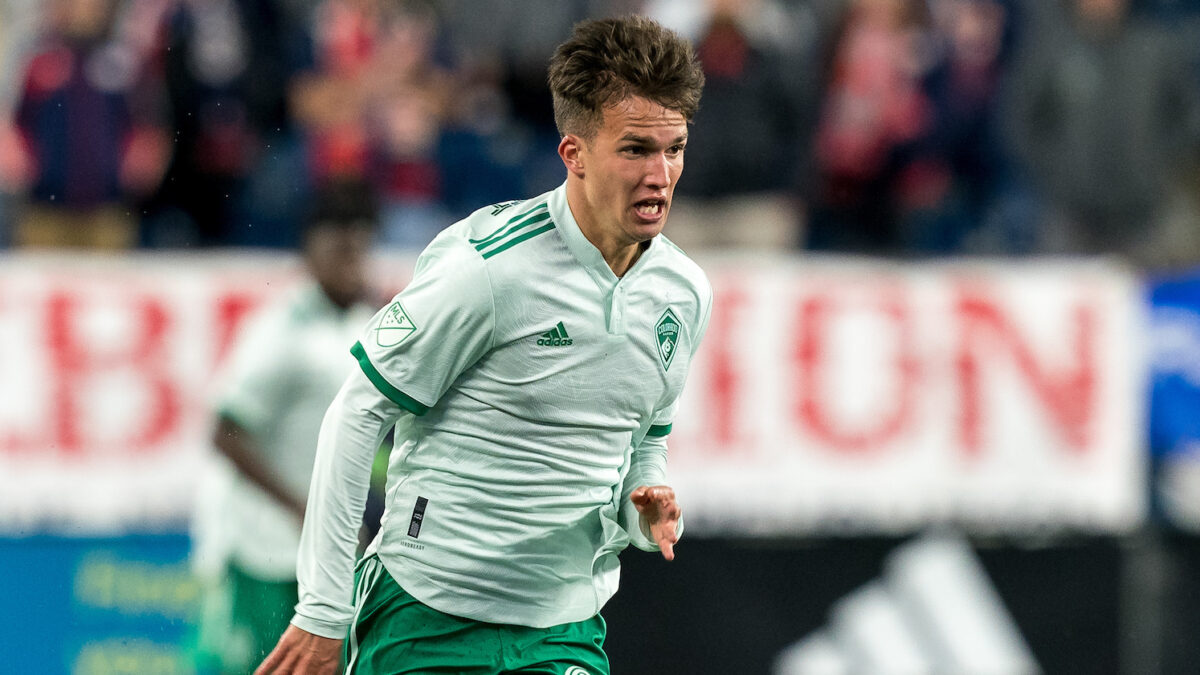 A month after scoring a goal in his U.S. men’s national team debut, Cole Bassett has joined the growing list of young Americans making the jump to Europe during a busy winter transfer window.

Bassett has joined Dutch Eredivisie side Feyenoord on an 18-month loan from the Rapids, which also includes an option to buy at the conclusion of the loan. Bassett joins PSV duo Richie Ledezma and Dante Sealy, and Heracles midfielder Luca De La Torre on the list of Americans currently on the books with teams in the Eredivisie.

“His arrival turned out to be unfeasible for us at the time,” Feyenoord sporting director Frank Arnesen said in a statement. “It’s great that we have now managed to get it done with this rental construction and option to buy, so that he can already join the selection this season.

“Cole is a typical box-to-box player with enormous running ability,” Arnesen added. “That means he can be an important link in a team both offensively and defensively. In addition, he is quite comfortable on the ball with both legs. He has what it takes to take the next steps in his development here at Feyenoord and become an even more complete player. He also gets that time and that confidence.”

The 20-year-old has played exclusively with the Rapids in each of the last three MLS seasons, signing with the team as a homegrown player. Bassett debuted for the first team in 2018 and since has totaled 74 combined league appearances, scoring 13 goals and registering 11 assists.

Bassett helped Robin Fraser’s side claim the No. 1 seed in the Western Conference for the 2021 MLS Cup Playoffs and also clinch a berth in the 2022 CONCACAF Champions League. The midfielder made his international debut with the USMNT in December, scoring the winning goal in a 1-0 friendly victory over Bosnia and Herzegovina.

Feyenoord sits in fifth place in the Eredivisie table with 39 points earned through 19 matches played. Bassett will not be eligible for Feyenoord’s weekend trip to NEC Nijmegen on Sunday.