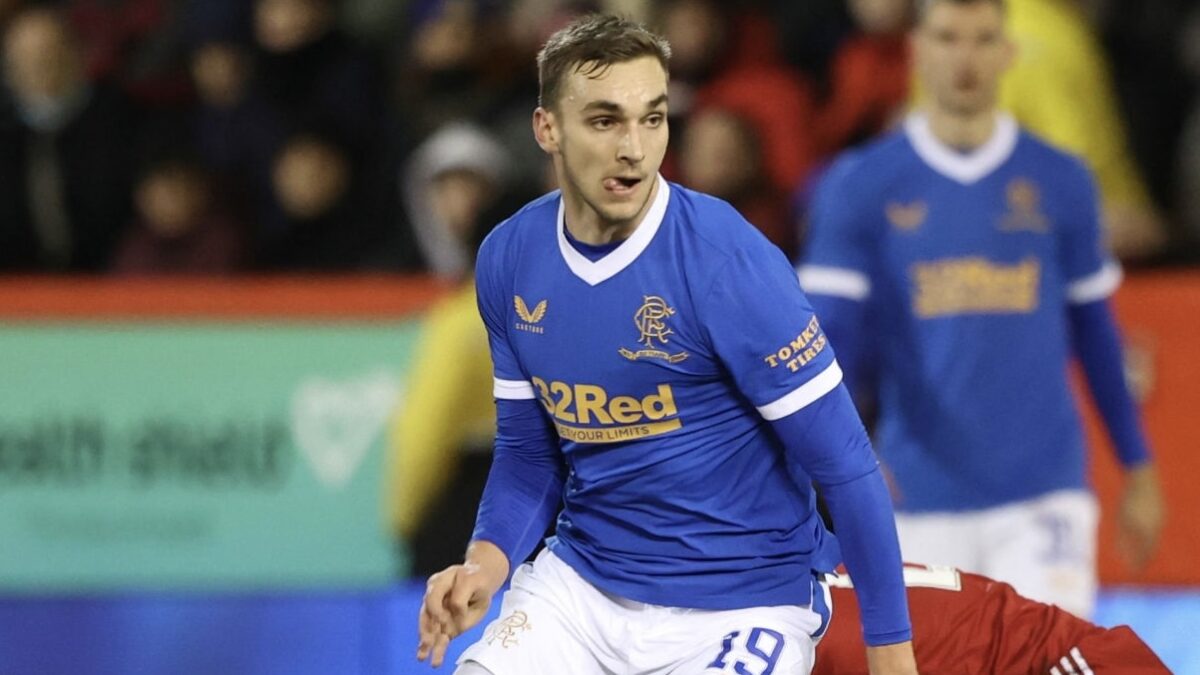 James Sands didn’t have to wait long to make his debut for Scottish Premiership side Rangers as the American midfielder jumped right into Giovanni van Bronckhorst’s starting lineup on Tuesday evening.

Sands started for Rangers as the Glasgow-based club resumed league play with a trip to Aberdeen. The New York City FC loanee played 90 minutes in the heart of Rangers midfield, as the league leaders earned a 1-1 draw at Pittodrie.

“It’s not an easy game, so I thought he did well tonight in a game that was tough for the whole team,” Van Bronckhorst said in a postmatch club interview. “I think he did better in the second half, especially when we put John [Lundstram] in midfield with him and it created a nice block there. We did well after the penalty kick to shut the game down and avoid letting up a winning goal.”

Sands started alongside Glen Kamara and Ianis Hagi in Van Bronckhorst’s 4-3-3 formation and showed positive signs in his European debut. The 21-year-old completed 84% of his passes to go along with seven of 14 duels won and one interception.

Fellow American Christian Ramirez played 90 minutes for Aberdeen, creating the most chances (3) by any player in the match.

“He’s gelled in really quick to the squad and for to come up here [Aberdeen] for his first match, I thought he handled himself really well,” Rangers captain James Tavernier said about Sands’ debut. “He’s a player we can use in the future and a great squad player and I think fills in nicely, especially with Joe [Aribo] out.”

Up next for Rangers is a home date with Sterling Albion in Scottish Cup play before league matches against Livingston and Ross County. Sands will be pushing to earn a call up for the U.S. men’s national team’s penultimate window of World Cup Qualifiying later this month, which begins on January 27.