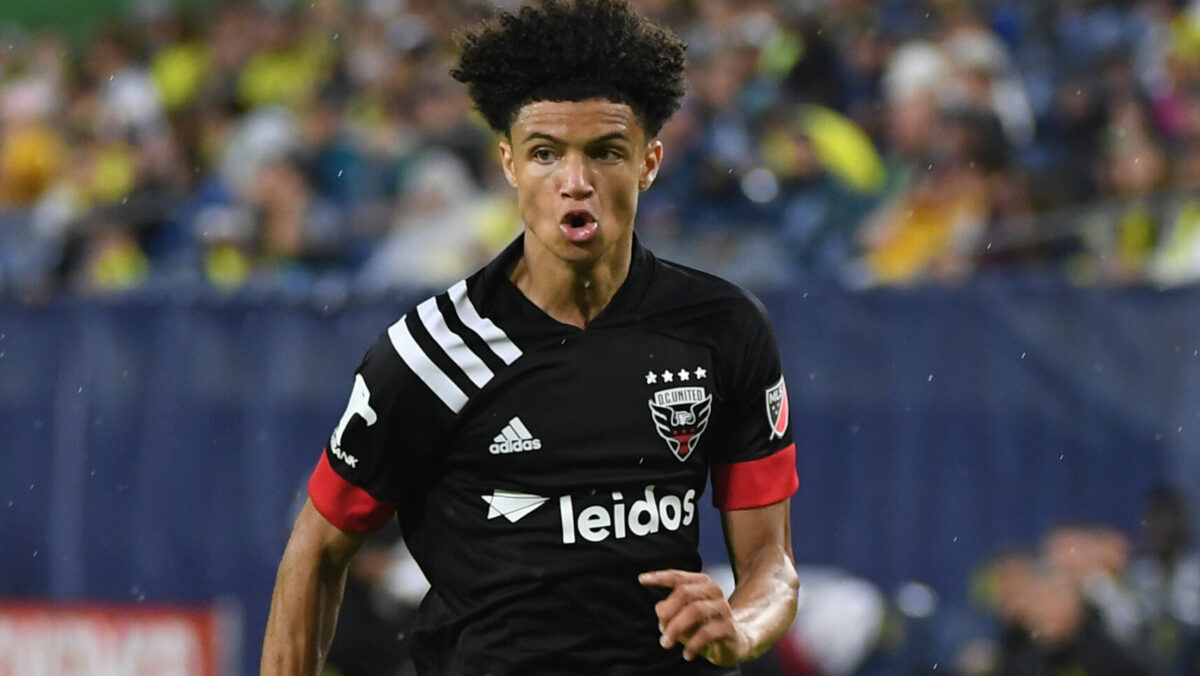 The growing number of Americans moving to Europe continued on Friday with another MLS product heading overseas.

Bundesliga club Wolfsburg acquired midfielder Kevin Paredes from D.C. United, signing the 18-year-old to a four-and-a-half year contract until June 2026. D.C. United received a $7.35 million transfer fee from Wolfsburg for Paredes’ services and will receive a sell-on fee on any future transfer of Paredes in the future.

“We’re very happy that Kevin was quickly convinced by our philosophy and our path, and that he’s joining us,” said VfL sporting director Marcel Schäfer. “Despite his age he’s already gained some experience at first-team level, and as well as the left wing he can also play in the centre. In addition, he brings pace and dynamism, he’s very agile and nimble on the ball, covers a lot of ground on the pitch and has a really good mentality.”

Paredes came through the ranks at D.C. United’s academy, making his professional debut with USL affiliate Loudoun United FC at the age of 16. The versatile midfielder/defender made his debut for D.C. United’s first team in 2020 and since then has made 41 appearances in all competitions for the Eastern Conference side.

Paredes scored three goals and registered two assists in MLS play, playing a larger role for Hernan Losada’s squad in 2021. He was included in the U.S. men’s national team’s roster last December, but withdrew from camp due to a knee injury.

Wolfsburg has struggled for majority of the 2021-22 season, being eliminated from the UEFA Champions League and currently sitting two points from the relegation zone.